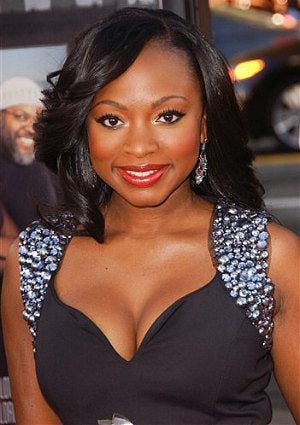 Actress Naturi Naughton is on a roll. Ever since her breakout role last year as Lil’ Kim in the biopic “Notorious,” the petite Jersey girl has been on her grind. This year, she’s featured in three movies, including last month’s “Lottery Ticket,” and will guest star this Sunday on the critically acclaimed TV show “Mad Men.”

Naughton spoke to ESSENCE.com about her top-secret role and getting to wear that fierce 1960s fashion.

ESSENCE.com: Describe how you were cast on “Mad Men.” NATURI NAUGHTON: It happened so quickly. I was in L.A. and I got a phone call from my agent telling me about this audition — what was crazy was that it was the day before. I looked over the lines and started researching the show and tried to learn as much as I could in one night. I went to the audition, and honestly, was just myself. I think it was like the end of the day that they called me and told me I had the part. ESSENCE.com: So how excited were you when you found out? NAUGHTON: Well, I auditioned two days before I was supposed to leave for a vacation to the Bahamas, so I had to cancel when I got the part. I canceled that vacation with the quickness. I was like, ‘Look, this is “Mad Men.” I’ll be able to go on vacation for the rest of my life.’ ESSENCE.com: Everything about your character is hush-hush, but can you give us a little clue what she’s like? NAUGHTON: I’ve been sworn to secrecy. The one thing I can say is that she’s a good person. It’s one of those roles that is alluring and sexy and fun to play, but at the same time has some substance. I don’t want to give it away, but for the most part I think people will enjoy it. ESSENCE.com: The fashion on “Mad Men” is so fierce. What was your wardrobe like? NAUGHTON: I loved my wardrobe. The costume designer on the show is amazing and we had so much fun getting my clothes together. I’d say my wardrobe is very mod and I wear a lot of colorful pieces. Everything was vintage, down to my undergarments. I even had to wear corsets, and I must say, I did not know how tight those things were. ESSENCE.com: Will this be a recurring role? NAUGHTON: I can’t really say, but as of right now I am so hopeful. I’ve worked really hard with what I’ve done so far with the show, and hopefully, AMC and fans will support my role. Catch Naturi Naughton on “Mad Men” this Sunday at 10pm EDT on AMC.