Alicia Keys has been leading a barefaced revolution after penning an essay about her commitment to going makeup free every day, including on the red carpet and TV (she’s currently on the judging panel for The Voice!). And the singer is not alone in her makeup-free movement: Today‘s Tamron Hall, Kim Kardashian and now Gabrielle Union, are all jumping on the bandwagon — and Union is so on board with Keys’ natural vibe, she’s stealing her signature look.

Union posted a bare-faced selfie on Snapchat Tuesday, saying “No makeup, head wrap, hey Alicia Keys I see you!” She captioned the video “Alicia Keys” with a few hearts, before posting another photo showing off her glowing skin, freckles and polka-dotted head wrap. 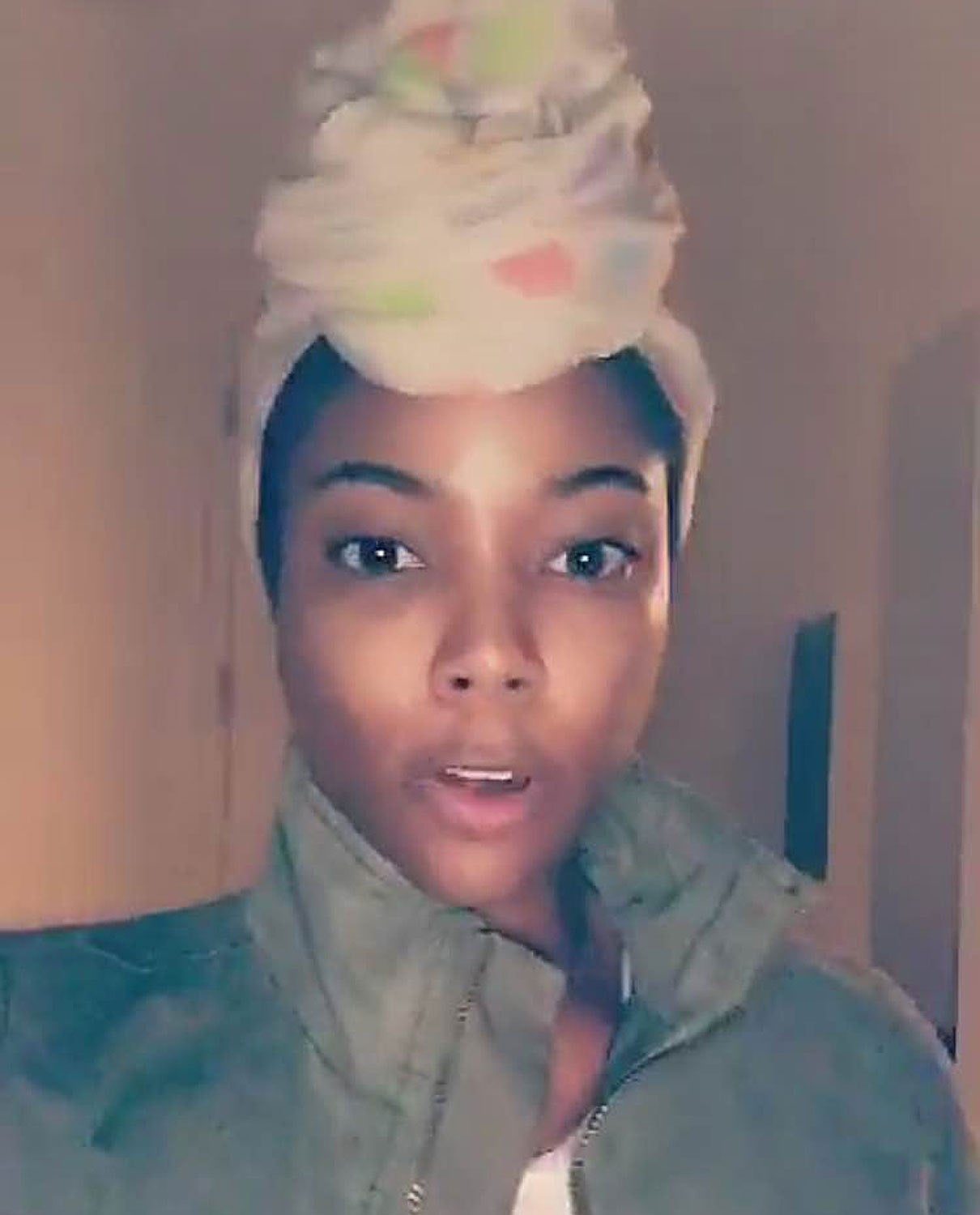 This weekend, Kardashian took the look for a spin as well, heading to the Balenciaga fashion show in Paris without a stitch of makeup. And it’s a look her makeup artist, Mario Dedivanovic, says he hopes will stick around.

“We’ve been so bombarded with heavy makeup on social media and youtube, that people are just sick of it,” he tells PeopleStyle. “I think people are definitely going to start embracing a softer look. I don’t think it’s necessarily going to be no makeup whatsoever, but im totally all about this natural look. I’m hoping that more natural looks will start trending more. I always say, just because you know how to do all the tricks with makeup doesn’t mean you have to.”

And stars like Tamron Hall — and even Al Roker are on board too. Keys appeared on Today to discuss her decision ditch cosmetics, and simultaneously convinced anchors on the show to do the same. Armed with a pack of makeup wipes, host Hall wiped everything away — and Roker joined in as well.

“I love makeup too, and it’s all good,” Keys said during the segment. “It’s about how you feel, it’s about who you are, it’s about just being who you are and not letting anybody tell you who you should be.”

What do you think about Keys’ makeup-free movement? Sound off below!