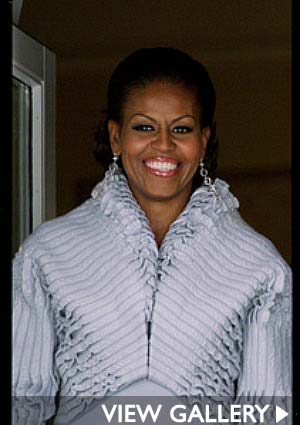 The American public is feeling our first lady according to a recent Marist College Poll. CNN.com reported that Michelle Obama’s ratings are on the rise, as more registered voters in America approve of Mrs. O’s performance than they did in March.

“The survey shows that 57 percent of registered voters approve of Obama’s performance as first lady, up 7 points from a Marist poll conducted in March. Twenty-four percent said it has been fair, while 10 percent thought she is doing a poor job.

…The poll of 858 registered voters was conducted on December 2, 3 and 7. It has a margin of error of plus or minus 3.5 percent,” the article reads.

While the American public is certainly warming up to Michelle Obama, only 37 percent believe she’s improved upon the role of first lady and 46 say she’s done nothing to change the job.

What’s your approval rating? Has Michelle Obama transformed her role? How?

Read the Whole Story on CNN.