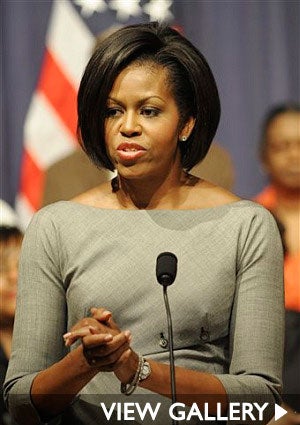 We already love First Lady Michelle Obama to bits, so it should come as no surprise that the her popularity now surpasses both former first lady’s Hillary Clinton and Laura Bush during thei husband’s first year in office, according a new poll from the Pew Research Center. 71% of respondents had a favorable favoring of the first lady, while it was 64% for to Bush and 60% for Clinton. “As she begins her second year as first lady, Michelle Obama has a higher personal favorable rating than her husband, and her image is more positive than that of her two predecessors in the White House,” said the Pew report, released last week.