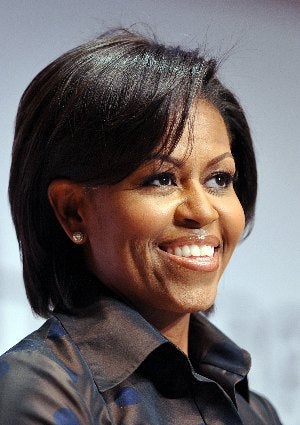 Its official: First Lady Michelle Obama is the most fabulous woman to ever live at 1600 Pennsylvania Avenue. She’s also the most influential, according to Forbes Magazine’s annual list of the most powerful women in the world, making her the first African-American in the spot. Without being a movie star, head of state or mogul, Forbes says the First Lady earned the top spot because she has been “a true change-maker since taking lodge in the White House in 2008.” True to form, FLOTUS is in good company on the list. The other Lady O, Oprah Winfrey, was voted the third most powerful woman, and young influential Beyonce came in at number nine. Speaking of Mrs. Obama, Forbes added, “She’s changed the face of the office (literally), and… she’s given a new generation of girls and women around the world a role model.” We couldn’t agree more. What do you think?