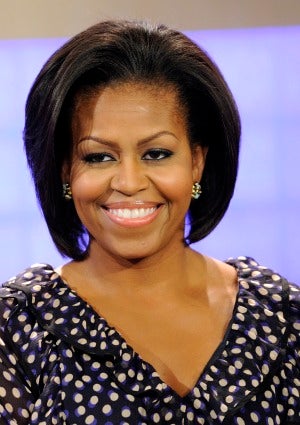 The first annual Cartoon Network “Hall of Game Awards” aired yesterday and Michelle Obama was in on the fun. The First Lady wanted to “personally acknowledge some winners who definitely have game,” said Stuart Snyder, President/COO for Turner’s Animation, Young Adults and Kids Media Group…

FLOTUS recorded a special video announcing a group of schools that are working hard to reduce childhood obesity in their areas.

“Mrs. Obama’s appearance truly is an incredible honor and we are extremely grateful that she is participating,” Snyder continued.

If you didn’t catch the First Lady’s on the “Hall of Game Awards” tune in to Cartoon Network at 5:30 ET for an encore taping.