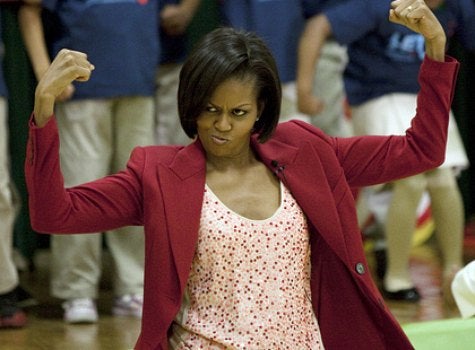 Cheers to the First Lady for bringing her anti-obesity message to the “Happiest Place on Earth.” As part of her “Let’s Move!” campaign, Mrs. Obama announced a partnership with Disney to launch the “Magic of Healthy Living” campaign to promote healthy eating and fitness among young people. Teen sensation Nick Jonas and other stars are also teaming up with FLOTUS to spread the word for the year-long campaign that will include public service announcements to be aired on The Disney Channel and ABC Kids… “I hope through programs like the ‘Magic of Healthy Living,’ young people are inspired to take control of their own health, fitness and nutrition and engage their families, schools and communities to do the same,” she said. Let’s move!