Leave it to Michelle Obama to step out with the most perfect off-duty tote for her weekend gallery-hopping jaunt with hubby Barack.

The former First Lady and President Obama were the picture of casual chic Sunday in Washington, D.C., getting their dose of culture at the National Gallery of Art after their fun and fancy-free British Virgin Islands getaway. 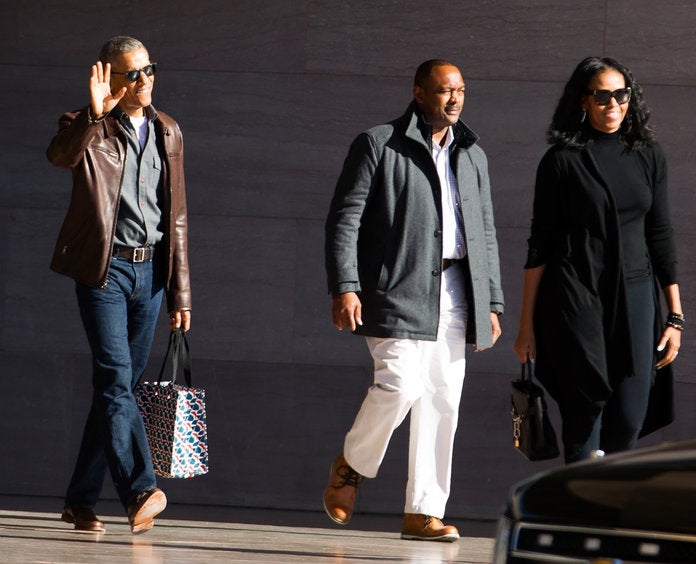 Michelle Obama donned a city girl favorite: an all-black ensemble that was not without its share of punched-up accessories in the form of a mini arm party and a versatile leather tote we could see being a trusted go-to bag on the daily. The black top handle Alexander Wang satchel featured a belted padlock and chain detail ($950; alexanderwang.com).

The former president, meanwhile, couldn’t look happier carrying a SCOUT bag in his souped-up dad uniform, which was topped with a buttery brown leather jacket. Both exhibited shades and easy smiles.

We’ll be keeping an eye on these two during their laid-back return to civilian life in the nation’s capital.