By Julee Wilson · Updated October 26, 2020
It was just two years ago that the world lost one of its greatest icons, author and activist Maya Angelou. And while thankfully we’re left with her award-winning literature, and inspiring life story it’s also important to note that Angelou was exceptionally stylish. That legacy of both style and substance has now inspired Shinola, the Detroit-based watch company, to design a timepiece in Angelou’s honor. The limited-edition accessory will launch on November 1 as part of Shinola’s “Great American Series,” which pays homage to people who have impacted the country and culture in major ways. Past honorees have included Henry Ford, the Wright Brothers and most recently Muhammad Ali. But it’s this beautiful tribute to Angelou that really has us swooning and ESSENCE has an exclusive first look at the stunning design. 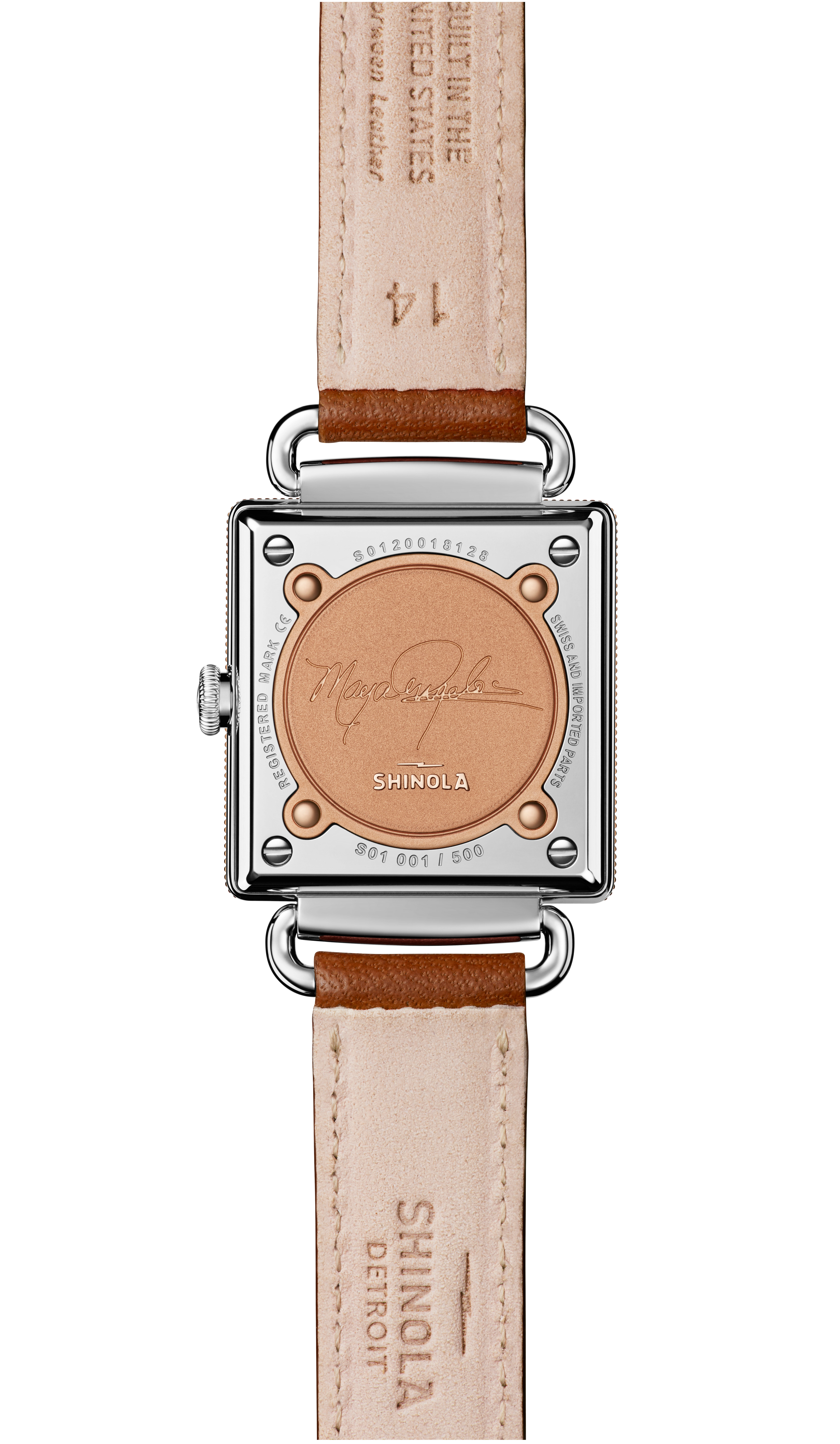 “Outside of offering my grandmother’s fans an opportunity to have a beautiful timepiece, it also continues to reinforce her presence in American culture,” Colin Johnson, Angelou’s grandson, told ESSENCE. “The Great American Series is exactly the group in which my grandmother’s legacy feels well-placed. Her works are global, yet in all areas of American culture, she thrived during her time on this earth.”

The chic and sophisticated design is no doubt a nod to Angelou’s enduring spirit — as well as the perfect compliment to any fashion-forward woman’s wardrobe. Couple that with the fact that Shinola timepieces have been worn by a slew of celebrities — including the President of the United States Barack Obama — and you’ve got yourself a stylish and sound investment. Subscribe to our daily newsletter for the latest in hair, beauty, style and celebrity news. “She [Angelou] believed deeply in supporting America and those that worked within. So when an opportunity came to partner with a company that had made a commitment to America, we knew that this was a partnership that we needed to cherish,” Johnson said. Take note that there will only be 500 watches made, so you’ll have to act swiftly if you plan on snagging one for yourself. But even if you don’t get your hand on the watch, there is beauty in know that Angelou’s legacy has been celebrated in such an amazing way.
TOPICS:  Maya Angelou