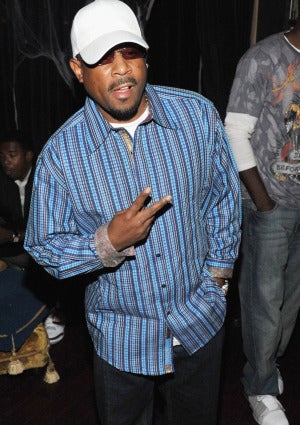 A decade-plus after bidding farewell to his self-titled sitcom, comedian Martin Lawrence is headed back to the small screen. This time around, he’s slipping into the executive producer chair for the new sitcom, “Love That Girl.” According to the Hollywood Reporter, the half-hour comedy is the brainchild of writer-director, Bentley Kyle Evans, who shot the first four episodes, independently, with a production budget of approximately $1.2 million.

Along with Lawrence and Evans, who collaborated on “Martin,” the new show–which stars Tatiana Ali as Tyana, a young woman who returns to her Southern California roots to regroup after a divorce–is also executive produced by Raphael Saadiq. “Love That Girl” will air on TV One for a three-night run, beginning Tuesday, January 19. The show is the cable network’s first scripted series and is scheduled to be picked up for an additional 13-26 episodes, based on ratings.

9 Things We Learned About Tiger Woods From Part 2 Of His HBO...
Get Ready For The Historic Biden-Harris Inauguration