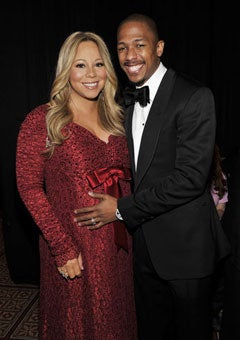 Mariah Carey and Nick Cannon welcomed a son and a daughter on April 30, 2011.

According to People, Mariah gave birth to her daughter first. The baby weighed 5 lbs., 3 oz., and was 18 inches. Her son arrived a few minutes later weighing 5 lbs. 6 oz., and 19 inches. Mariah’s publicist says the fab new parents listened to Mimi’s hit song “We Belong Together” after giving birth.

April 30th will be a doubly special day for Mariah and Nick as it’s the date they tied the knot back in 2008. “My wife just gave me the most incredible anniversary gift ever in life! I won’t ever be able to top this!” proud dad Nick Cannon tweeted this afternoon.

Congratulations to the happy couple.