She’s only 18, but Malia Obama is already poised to make her mark on the film industry. On Tuesday, just days after moving out of the White House and landing an internship with Hollywood producer Harvey Weinstein, the oldest daughter of former-President Barack and First Lady Michelle Obama was spotted rubbing elbows with celebrities at the Sundance Film Festival in Park City, Utah.

Malia, who’s enjoying a gap year before attending Harvard University in the fall, braved the snowy weather in a tan shearling coat and a green beanie. Meanwhile, a few hundred miles away, her parents are enjoying a much-needed post-presidency vacation in the British Virgin Islands. No snow there! 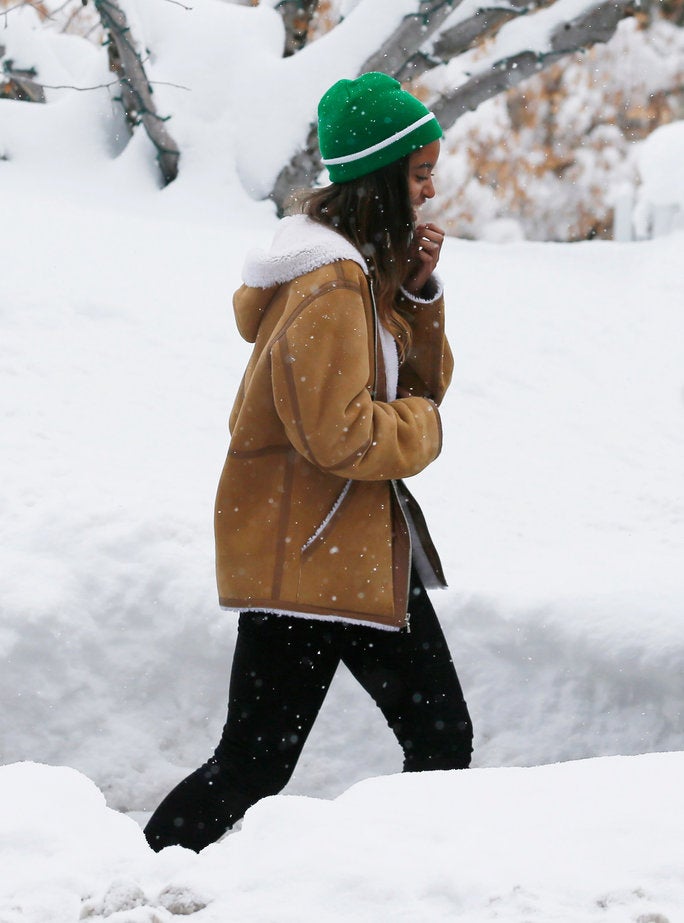 The former first daughter has shown interest in the film industry since 2015, when she worked as an intern in New York on Lena Dunham’s HBO series, Girls. Malia will head back to New York for her new job with Weinstein, whose most recent film, Lion, has been nominated for an Oscar for Best Picture. We’ve yet to find out what department the teen will be working in, but she could have a hand in projects like The Untouchables, Kill Bill: Vol. 3, and a TV adaptation of Les Misérables, which Weinstein is reportedly working on this year.

The sky’s the limit for Malia, and we can’t wait to see what her future holds.