She may be playing a villain in her latest blockbuster film, but Lupita Nyong’o didn’t mean any harm for “demonizing disability” with her Us doppelgänger.

After admitting to being inspired “by the condition of spasmodic dysphonia” for her portrayal of Adelaide Wilson’s evil doppelgänger Red, the Academy Award-winning beauty appeared on The View Thursday to apologize for any misconceptions.

“The voice of Red was a composite of influences and definitely a creation of my imagination,” Nyong’o said. “But I was inspired by a conditioned called Spasmodic Dysphonia, which is a neurological disorder, which can be triggered by physical and emotional trauma.”

“In my processes as an actor, one of the things I look to do is to find ways into the most human and most real parts of the camera and to steer clear of a judgment of them as good or evil, pleasant or creepy,” she continued. “So in my process of exploring things for Red, I happened to hear Robert F. Kennedy Jr. speak at an event and his condition that he had was my catalyst to my creative process and it became my in.” 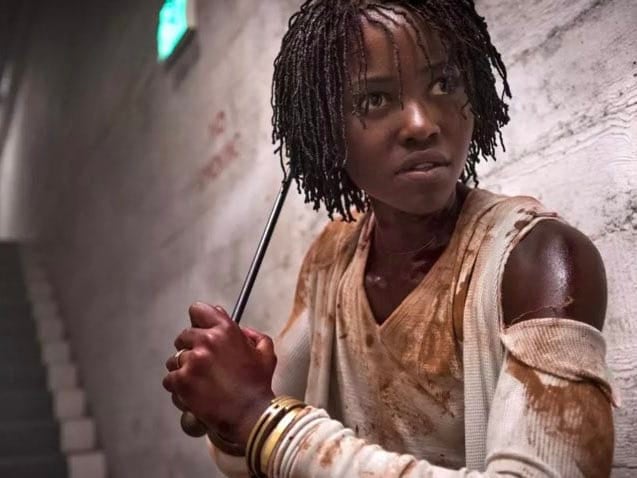 Though Jordan Peele’s latest terror masterpiece is thrilling audiences (and making history and big bucks in the process), everyone isn’t finding it so entertaining.

Some on the frontlines of fighting stigmas and advancing opportunities for people with disabilities are calling foul.

“Connecting disabilities to characters who are evil further marginalizes people with disabilities who also have significant abilities and want to contribute to their communities just like anyone else,” said Jennifer Laszlo Mizrahi, president of RespectAbility, a Washington D.C.-based nonprofit advocacy organization, in  a statement.

Nyong’o revealed she was aware of the frustrations and wanted to clarify her intentions.

“In my mind, I wasn’t interested in vilifying or demonizing the condition,” she continued.  “I crafted Red with love and care. So as much as it is in a very genre-specific world, I really wanted to ground her in something that felt real. So for all of that, I say sorry to anyone that I may have offended.”