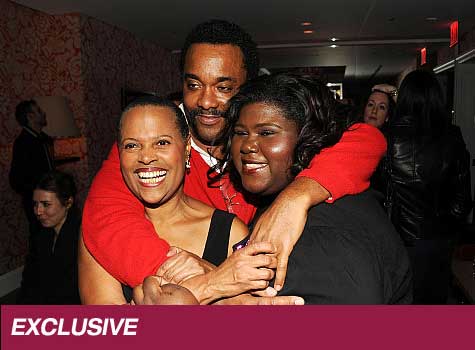 “Precious” is one of those movies that sticks with you. It’s harsh, scary and takes you to another world, a dark place. A place that Black people–all people–don’t want to admit exists. Based on the best selling novel “Push” by Sapphire, “Precious” deals with incest, literacy and abuse. The movie, a darling of the film festival circuit, is executive produced by Oprah Winfrey and Tyler Perry and is starting to feel the Oscar buzz. The cutting-edge, independent film was directed by Lee Daniels, the man who worked with Halle Berry on her Academy Award winning performance in “Monster’s Ball.” ESSENCE.COM sat down with Daniels to discuss the breakthrough performances, the controversy over the “darkness” and “pathology” of the movie, and the real meaning of “Precious.”

ESSENCE.COM: So this movie is getting a lot of buzz why is it important for you to tell this story?
LEE DANIELS: When I read the book it was a part of my DNA, I felt very strongly that this story needed to be shared, I could smell the room that Mary was in, I could smell the wallpaper, I could smell the cockroach spray, I could smell the pigs feet. I could feel the texture of the couch. The words jumped off of the page. And, they were apart of my spirit. I understood it…the whole magic of it, you know. The hope. Most people read it and they think it is X-rated. But I saw hope in it.

ESSENCE.COM: Now what do you say to people who see it and they don’t see the positive ending–the hope, the redemption? Some people didn’t see that.
DANIELS: Really? What did they say, she is dying?

ESSENCE.COM: No, they felt like it was dark and negative at the end. It made them sad.
DANIELS: Life is life. Life is what it is. You know, I like double meanings. I mean one can think that she is marching off to her death. One can think that she overcomes everything. Or look at it as my daughters looks at it, that she is going to live forever. I think it depends on where you are coming from. And, if you think it’s sad then you are entitled to feel that way. I feel that cinema is left to interpretation. So really it’s like a piece of art.

ESSENCE.COM: How did you get such stunning performances from these actors–Mo’Nique, Gabby, Mariah, Paula Patton,Sherri, Lenny Kravitz.
DANIELS: Everybody in the film with the exception of Gabby was a very good friend. I like working with friends because they trust you and through trust comes great work. It’s about following direction and a lot of these actors think they know it all and they don’t want to let go. We didn’t have a rehearsal process because it’s really just talking. All we did was talk. The word is just so brilliantly executed by my screenwriter that they are what they are. So it’s important for them to get into my head. On the screen is in my head.

ESSENCE.COM: If you could tell the ESSENCE reader one thing about this movie what would you say to them?
DANIELS: It’s about loving. Learning to love yourself. Really learning to embrace who you are because Precious has learned to love herself. I think that we are all Precious.