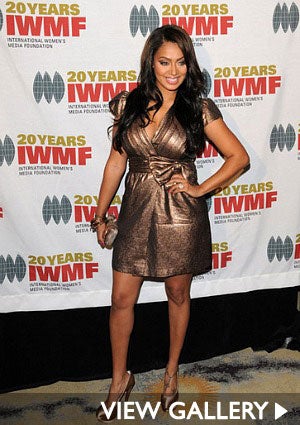 Let’s not forget that LaLa Vazquez first stepped on the scene as a host of MTV’s “Direct Effect” and “Total Request Live.” It’s no surprise that she was in the house when the International Women’s Media Foundation held its “Courage in Journalism” awards at Beverly Hills Hotel on October 21, 2010.