By clicking Sign Up, you agree to our Terms of Use and that you have read our Privacy Policy
Skip to content
READ MORE LESS
By Danielle Young · Updated December 6, 2020
That whole Katt Williams versus Tiffany Haddish drama seems to be one-sided, according to Haddish’s Night School co-star Kevin Hart. Although Williams has since apologized and even made up with Haddish, Hart has decided Williams hasn’t been chastised enough for making unsavory comments about the careers of Haddish and Wanda Sykes while he was a guest on Atlanta’s Frank and Wanda in the Morning last week. 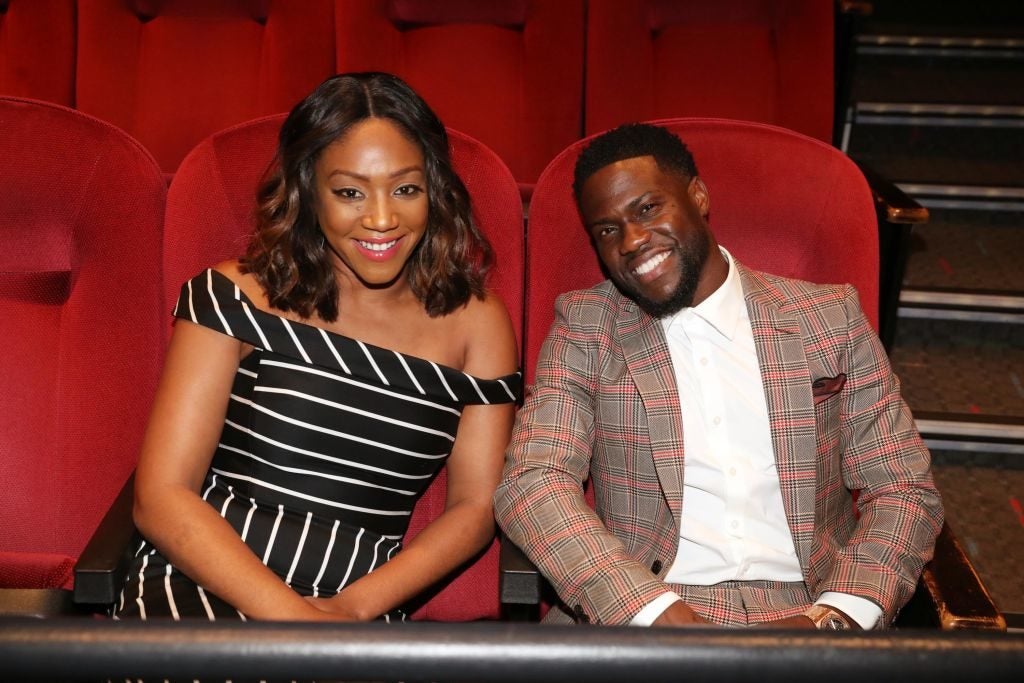 “When you see people in a position and they’re winning and they’re one of us, celebrate those people and don’t choose to tear them down because you become part of the problem,” Hart said to applause at the opening night of the Urbanworld Film Festival in New York City. Check out the video above to watch more of Hart’s response, and Haddish’s hilarious reaction filled with golden rules for Williams to follow. Get ’em, Tiff!