By Danielle Young · Updated December 6, 2020
John Legend earned an EGOT, y’all! The artist, activist and all around good human recently joined Whoopi Goldberg, who up until now, was the only Black creative to earn an EGOT. “It’s a very rare company to be in. There’s only 15 people who have won it competitively,” Legend told ESSENCE with excitement while promoting Naked’s annual Drink Good Do Good campaign. What’s an EGOT? It’s one of the most esteemed designations for an entertainer, which means they’ve been awarded an Emmy Award, Grammy Award, Academy Award and Tony Award for their artistry. 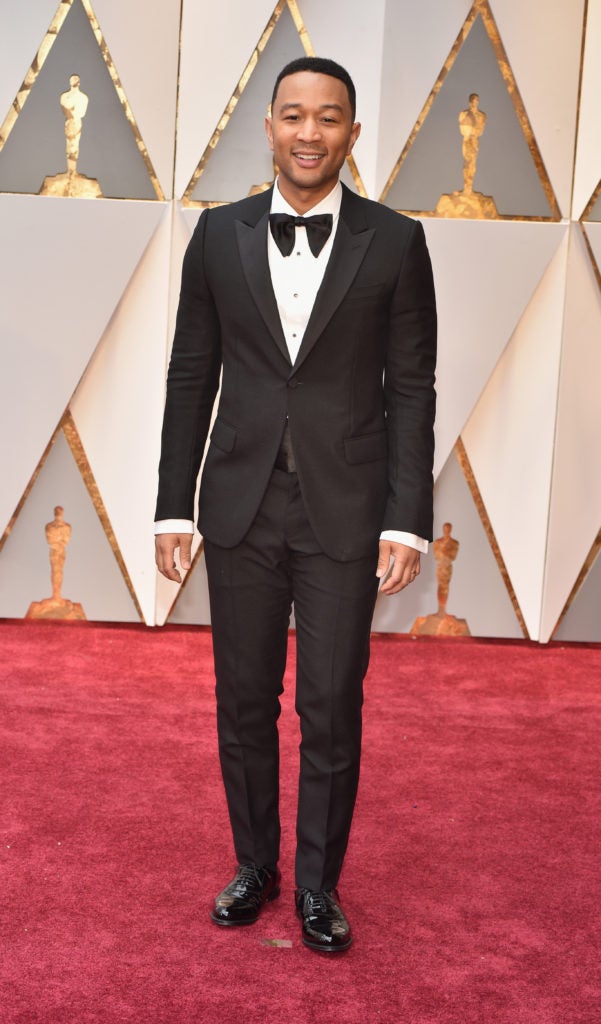 Legend received his final piece of the puzzle last month when he won his first Creative Arts Emmy for producing Jesus Christ Superstar Live in Concert. The singer also has 10 Grammys, an Oscar for his song, “Glory” from the Selma soundtrack and a Tony from co-producing Broadway’s Jitney. “I’m grateful I’ve had the opportunity to make the music I’m proud of, but also to be able to collaborate with filmmakers, Broadway actors and all these talented people who helped contribute to me getting these awards,” Legend added.

The singer teamed up with Misty Copeland for the Drink Good Do Good campaign to bring awareness to the food disparities plaguing America. Congrats to Legend, a true artist who continues to shine his way through Hollywood. We see you John!
TOPICS:  John Legend Misty Copeland