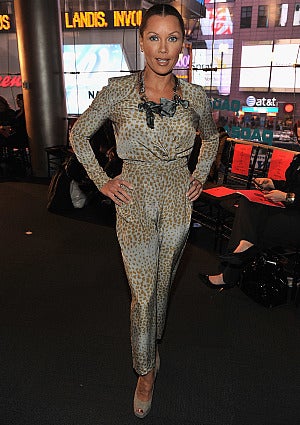 Here we go. During an appearance on “The View,” Vanessa Williams, the very talented, beautiful and honest actress and star of ABC’s “Ugly Betty” gave her own opinion about one theme in the movie “The Blind Side” and she is being harshly criticized. Okay, maybe she shouldn’t have included, the line that  “Black folks feel…” and limited her interpretation to her own experience. Anytime you presume to speak for all, it’s a recipe for disaster. That being said, it is important to analyze what happened. She did not “bash The Blind Side”. Vanessa implied that for her this rescue notion of Black families and individuals by someone else is getting old. Barbara Walters’ own thoughts that the story was “wonderful” and brought families together are also valid. Their very different interpretations of the same movie highlight many issues. The first is how the prism of race, ethnicity and one’s individual experience shapes our views, emotions and social-connectedness. Personally, while watching in the movie theater, I was left with a similar unsettled feeling in a few parts of the movie. Although I pride myself on being receptive to and certainly seek out different perspectives, there were times in the movie when White theatergoers were applauding and I actually felt appalled. I had to check my reaction and tell myself, ‘this is only a movie.” In the end, the movie’s message of “we are all our brother’s keeper” prevailed and the benefit of teamwork stood out. The exchange between Vanessa and Barbara felt mildly testy, and the opinions of the usually boisterous Joy and Elizabeth felt oddly silent. Perhaps bringing up the issue of race or perceived slights because of differences in ethnic background has a way of doing that. Instead of using the opportunity to listen and understand Vanessa’s point of view, I felt that Barbara (perhaps unconsciously) deflected a ride down a rocky, racial path, which in the end may have been enlightening for all. Isn’t the beauty of art and entertainment that creative expression allows you to sense, view, smell, listen and pulsate to your own beat? Are we not allowed to have a critical opinion of what that experience was? At the end of the day, this was an exchange between two talented, intelligent women with two different lives, and experiences.  It took a lot of courage for Vanessa to state her point and for Barbara to express hers. Their perspectives are probably closer than we realize. Instead of framing their interaction as antagonistic and adversarial, it may be more productive to listen more, label less, and promote an honest conversation about feelings of race and ethnicity in America, in an attempt to understand the experience and the freedom to verbalize many points of view. Click here for more Real Talk with Dr. Janet. Read More: