Monochromatic makeup may be this year’s biggest red carpet makeup trend, but glitter is having its own moment, too. While Pat McGrath’s ruby red slipper-esque lip kit can be credited for kick-starting the sparkle movement last summer, it was only a matter of time before glitter started showing up on everyone’s eyelids, too.

Combine glitter with a monochromatic look, and you have the next big makeup trend. Need an example? The sparkly pink eyeshadow that Gabrielle Union wore while promoting her new book We’re Going to Need More Wine: Stories That Are Funny, Complicated, and True (Amazon, $17) in Philadelphia.

For a similar look to Union’s, dip a brush into a sparkle-heavy rose eyeshadow, like the Twilight shade in Huda Beauty’s Desert Dusk Eyeshadow Palette ($65; sephora.com). Sweep it across your lids, and fan it out up into the crease. Although glitter looks pretty no matter which way the light hits it, the stuff has a bad rap for getting out of control. We recommend dusting your under eye area with a translucent powder like Cover Fx’s Perfect Setting Powder ($35; sephora.com) before reaching for any glitter eye makeup. Once you’ve applied your eye makeup brush away the powder—and the glitter. 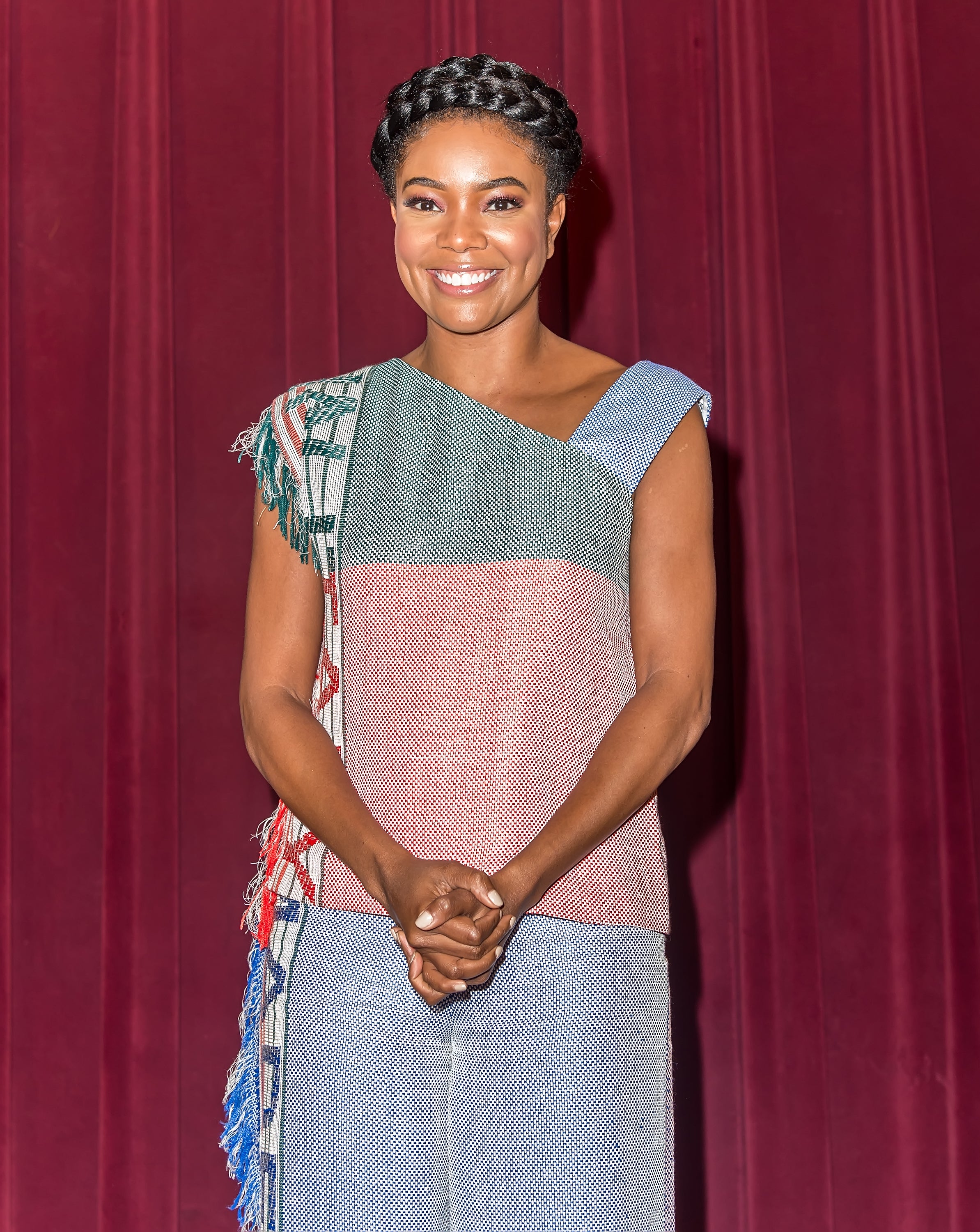 Union completed her look with blush and lip gloss in the same color family. As for her hair, she pulled it up and out of her face and added a Pinterest-worthy braided crown.

This article was originally published on InStyle.