Even if you don’t know his name, you’ve more than likely seen Julius de Boer in photos or videos.

The bodyguard, who has been working for Beyoncé and Jay Z since 2008, can be spotted at all of the Queen’s outings, moving paparazzi out of the way or shielding Miss Blue Ivy from the flash of photos.

And while the videos of Julius protecting the First Family have taken a life of their own (see here), his personal life remains private.

In light of Twitter user @babyheirandafro pointing out that Julius indeed deserves some recognition for his iconic Beyoncé bodyguard moments, we’ve rounded up all we know about the omnipresent but still elusive figure. 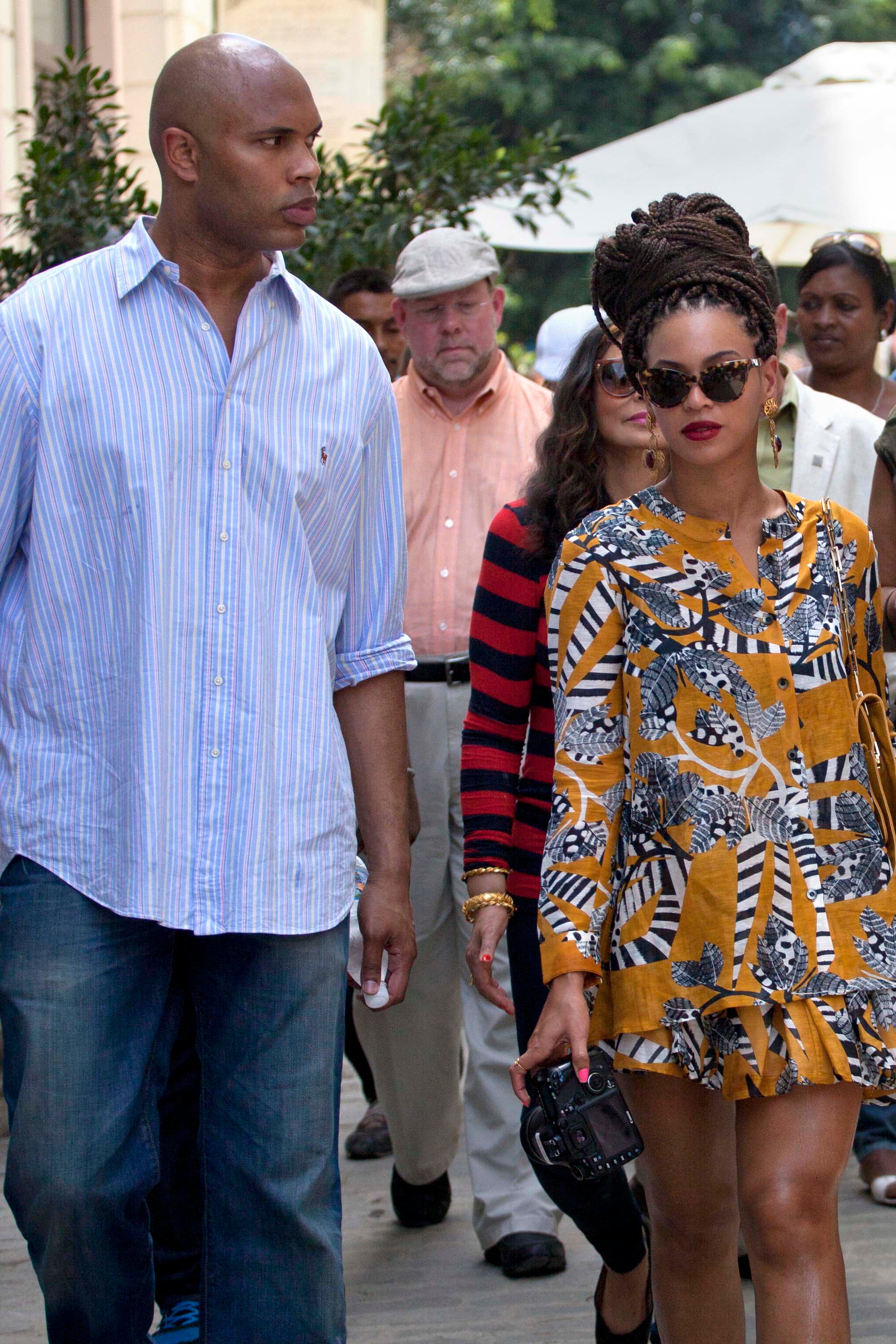 As noted on his security company website, Julius was raised in Amsterdam and started his own Executive Protection company in Europe at the age of 24. He has a psychology degree from the University of Amsterdam, and his company has offices in Abu Dhabi, New York and London.

– Julius was in the elevator when Solange famously hit Jay Z after the Met Gala. He’s been with Beyonce for both pregnancies. The bodyguard even stands by during her concerts and for everyday errands.

– In terms of his personal life, it’s been reported that he speaks five languages, is divorced and has a daughter.

– “Adaptability, in physical and psychological terms, is the main characteristic that you must possess,” Julius said about working for Beyoncé in a 2011 Variety interview.

– “It is much more than being a human shield to your customer. You should always think three steps ahead, follow a schedule, and call ahead to destinations and so on,” he once said.

But if these facts aren’t enough to quench the curiosity you have about Beyoncé’s other main man, check out this iconic thread of him doing what he does best.