Jeff Vespa/ Getty
By Lathleen Ade-Brown · Updated October 28, 2020
It’s hard to believe 20 years have passed since Janet Jackson starred as a lovelorn poetess sporting her now iconic braids and reciting Maya Angelou poetry to Tupac Shakur in John Singleton’s in Poetic Justice. At a time when Black cinema was replete with male narratives (Boyz N the Hood, New Jack City), Singleton unapologetically gave a voice to young African-American women. Today, as the film celebrates its 20th anniversary, we spoke with Singleton on having Jackson as a muse, filming during the L.A. riots and who he would cast if there were a sequel. ESSENCE: Janet Jackson’s braids are back on trend. Whose idea was it for her character Justice to sport the braids? JOHN SINGLETON: That was a collaboration between myself, Janet, [dance choreographer] Fatima Robinson and a dancer named Josie Harris. Josie had the braids in Michael Jackson’s “Remember the Time” video, which I directed. I brought her and Fatima and a couple of other dancers over to hang out with Janet and they all became friends. I said, “Why don’t we try and do Janet’s hair like Josie’s hair?” We got the hairstyle from Harlem and just put it in a West Coast movie. 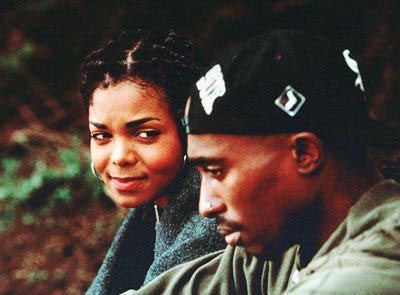 ESSENCE: Rumor has it that Jada Pinkett Smith, Monica Calhoun and other popular actresses showed up to audition for the role of Justice. Did you always know the role was for Janet when you wrote the script? SINGLETON: Everybody just showed up at the office. It was a movie with a Black female lead, which is rare. But I wrote it for Janet. When I first met her I told her I wanted to do my next movie with her. Critics and frustrated sisters hated on her but I understood it; not that many movies came out with Black female leads. ESSENCE: How exactly did you coach Janet Jackson to play the role of a girl from South Central L.A.? SINGLETON: I didn’t have to do too much coaching. She was really just hanging out with me, Josie and Fatima — girls from different neighborhoods who eventually all became her dancers and friends. Even though Janet grew up in a very famous family in the suburbs, she always wanted to hang out with normal people who weren’t in entertainment. She was really able to pull from there as an actress. ESSENCE: What was it like having Janet Jackson as your muse? SINGLETON: Funny…all of the men on set had a secret crush on her, but we didn’t know she was secretly married to Rene Elizondo so we would flirt with her. Everyone wanted a shot with Janet, including me. ESSENCE: What was it like having Tupac Shakur around? SINGLETON: He was so funny. He was always cracking jokes. It’s only later that he got really dark. People always idolize ‘Pac, but he was really just a brilliant yet confused young kid with a lot of fame. He had nothing to ground him, no father. He had no one to tell him “no” or “just sit down.” But when you did tell him something, he’d respect you. Right before he passed we just started talking again. I saw him a week an a half before he went to Las Vegas and I told him I’m working on a new movie [Baby Boy, 2001] and I told him that this will be the movie that will get him an Oscar. He said, “Anything you want I’m there.” He was going to be my Robert DeNiro. We were going to grow together. When you see Baby Boy now, his presence and soul are still in that movie. ESSENCE: The L.A. riots started at the same time following the Rodney King verdicts. Did it affect filming? SINGLETON: We kept on filming while the riots broke out in April of 1992. We were shooting in Simi Valley, California, and I was on my way to set when the verdicts were coming in. I went to set late because I went to the courthouse. I was protesting and everything. When I finally get to set the crew was watching [the coverage] on a small television and some were predicting L.A. was going to burn. And it happened. ESSENCE: Who do you think would be your modern-day Janet Jackson or Tupac Shakur if you were to do Poetic Justice in 2013? SINGLETON: I don’t know, maybe Tyrese and Rihanna. I really want to do something with her. I talked to her before and I think she’d be very interesting. She’s young and beautiful and accessible and women like her.
Loading the player...