By Keyaira Boone · Updated December 6, 2020
Despite their close relationship, Chrissy Teigen revealed that her husband John Legend and his frequent musical collaborator Kanye West still aren’t on the same side of the political spectrum. In fact, Teigen said she isn’t surprised about West’s recent political rants because, according to her, he’s always been just a bit outspoken. “The thing with Kanye is that his opinions have always been super strong,” she told Vogue magazine in a wide-ranging interview. “He’s never been the guy to push them on you, but he will say what he wants to say.” Teigen said that it’s a trait the rapper shares with her husband of five years. “Same with John. That’s why I loved that they were able to have this civil discourse,” she said. “Kanye learned a lot in the months after that. John did, too.” While she has publicly aligned herself with liberal policies and ideas, Teigen revealed that she tries not to stay isolated in her own political bubble. 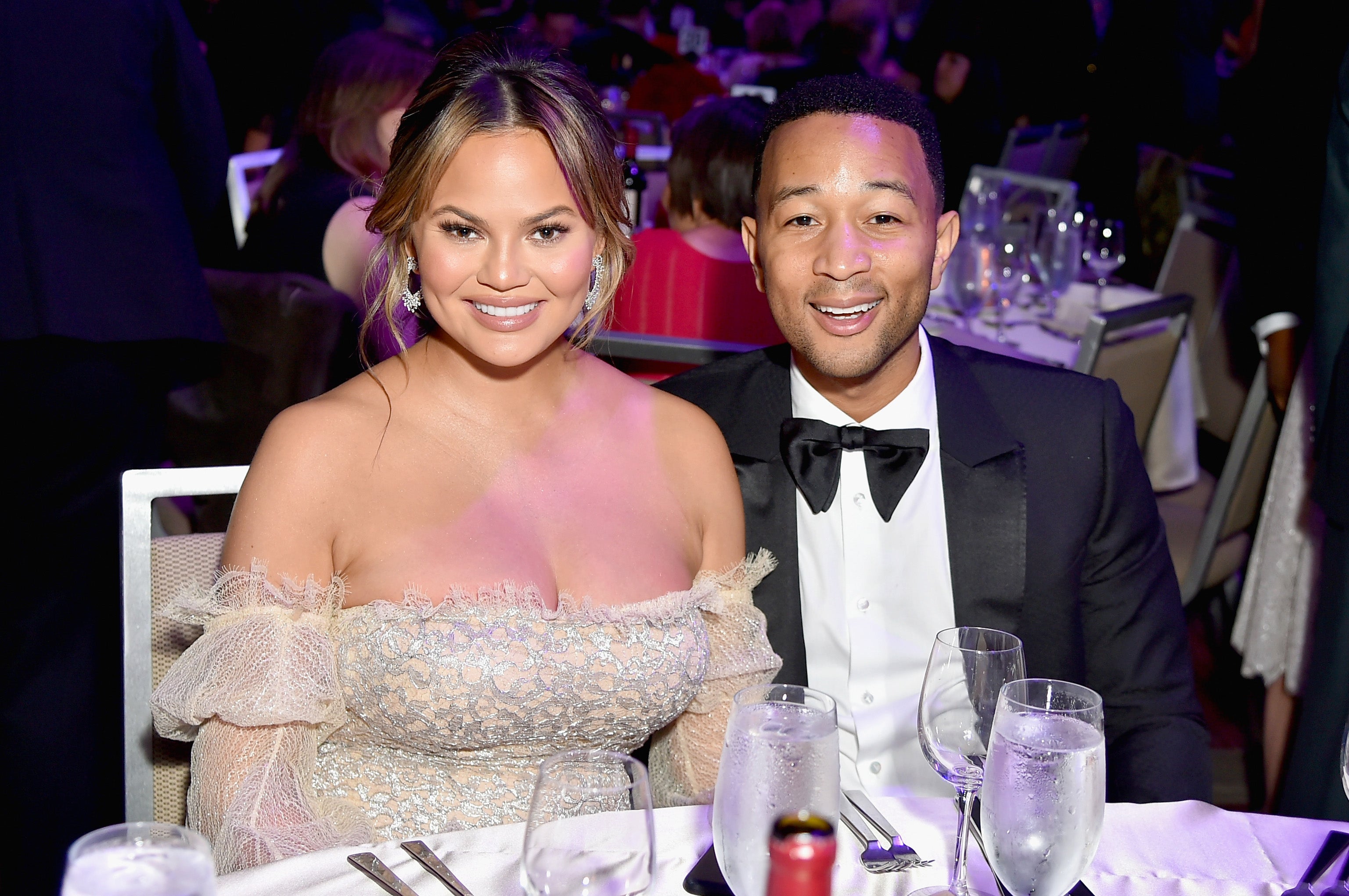 “You can’t just believe you’re the right one all the time. That’s what makes us horrible,” she explained. “Trust me: My views are super liberal, and I’m like, How could anyone not think this way?” She then conceded that, “people are also entitled to their opinion.” Teigen’s opinions hold weight though. Her social media observations to her more than 10.7 million followers instantly become news stories. But Legend told the magazine that despite people thinking that Teigen is “somehow out of control” on social media, that couldn’t be further from the truth. “She knows what she’s doing. She could give us all lessons in social-media strategy and execution,” he said. Bloop!
TOPICS:  Chrissy Teigen John Legend Kanye West