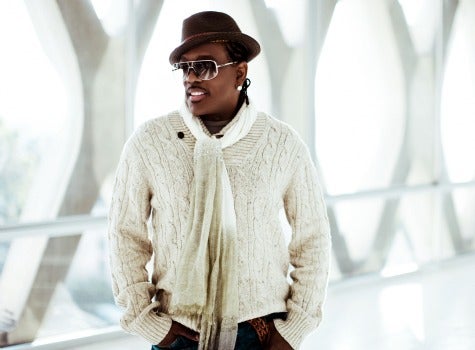 Sobered-up and off the streets, Charlie Wilson was on a mission to get back in the studio and on the road. But everywhere Wilson turned, he was met with rejection. It took the singer a decade before he was finally able to jump-start his career with the help of his wife, management team and friends who worked overtime to help Wilson climb to the No. 1 spot on the Billboard R&B/Hip Hop chart and score two Grammy nominations with his 2009 album “Uncle Charlie.” In Part Two of ESSENCE.com’s conversation with the singer, Wilson chats about building the supportive team that helped him redeem his career… “When I first got myself clean, there were so many people betting against me. Some even thought I would get my wife high and smoking. Seemed like everyone had absolutely no faith in me. It was like a game to see how bad I can get. It hurts me to even think about it. So I had to cut those people out of my life, even though I considered them friends, or at least I thought they were. My wife started cleaning house. She removed the people who were working against me. Taking out the garbage in my life. We had arguments over who I had to let go. I was too naive to understand what she was trying to do. The very same people I trusted were the ones who were hurting me personally and professionally. I slowly came to realize that not everyone was in my corner. I also had to pay back taxes — almost $1 million dollars. Mahin started scheduling gigs for me and signing me up for Gospel plays that tour around the country. The money was small, but it was a stepping stone to get me back out there, performing. In the meantime, I was still looking for a recording contract. I searched for 10 years for a contract. Everywhere I went, I was told I was washed up and that my career was over. I was told that I’m not good enough and too old. So many doors closed in my face. It was the worst. I could feel them laughing at me. I had been to every major record company and everyone said no. But things started to turn around. I finally connected with R. Kelly in the studio and told him my troubles. He simply told me to start telling everyone that he would produce my album. Once I did that, I started getting calls, even from those who turned me down. I worked with Snoop Dogg too, which also helped get my name back out there. He asked me to get on a few tracks with him. Working with talented artists and having a great management team, led by Michael Paran, really pushed my career forward. My team promised me they would get me to the top and they did. Things started changing for the better. From there, doors started opening. Now I see the doubters who told me my career was over. Some don’t have jobs in the music business anymore. Some of them think my success is a fluke. These people didn’t go to bat for me. My team did. R. Kelly did. Snoop Dogg did. And many others who work to build the Charlie Wilson brand. So many times I didn’t believe in myself and wanted to give up, but my team believed in me and helped me bounce back. It’s incredible to surround myself with people who look after me and see me in a positive light instead of looking at me like I’m crap. I have a team of people who live and breathe Charlie Wilson every day. They fight for me and I love them for it. They are truly my family.” Charlie Wilson will release his third solo album, “Just Charlie,” on December 7th.