Motherhood is actress Tatyana Ali’s biggest role yet, and the new mom is enjoying every second!

Ali tells ESSENCE the first weeks of motherhood with her new son, named after his grandfather and great grandfather, have been blissful, exciting, and of course, a big adjustment. “It’s so much fun,” gushes Ali. “You try to get ready, but nothing can really prepare you for what actually goes on and what it’s like.” From the moment Ali and Rasberry met their new son, it was love at first sight. “He’s the sweetest,” says Ali. “He’s so sweet, and so far, really chill. I mean obviously he cries, he’s a baby, but [when he does] I just fall more in love. Even when I’m on the other side of the house, I just think about him all the time.” Ali, who most recently starred in short film Samaria, sat down with ESSENCE to discuss the details of her new life as a mom with her fresh prince. (Plus, she’s sharing never-before-seen maternity photos shot by Lance Gross)

Congrats on the new arrival! What was your labor and delivery like?
There were so many unexpected twists and turns. Even just with the feeling of labor itself, you prepare yourself for it, but there’s no way to prepare until you’re actually going through it and feeling it. We had great doctors. We had a doula who’s amazing and all of our family there to support us. Our family actually got to the hospital before we did. He’s the first grandbaby for both of our parents, so they were so excited.

How did you decide on a doula?
We decided on it together. I have friends who’ve had different birth experiences. Some in the hospital, some at birth centers, some at home, and the common denominator was actually having a doula and somebody who’s really there as an advocate for both parents, and for the baby, who can come and navigate. Especially because we decided to do it at a hospital, [and the doula helped] to kind of navigate the hospital, what our experience is like, and make sure our wishes were met. She was awesome.

It’s incredible, watching new babies experience the world for the first time.
Right, everything is new and he’s changing every moment of every day. He has laser focus on anyone who’s in the room. It’s amazing. It’s miraculous. It really, really is. He’s smiling. We’re learning all of his facial expressions. He hasn’t done a full-out laugh yet. That’s what we’re waiting for—he smiles a lot, but he hasn’t done a giggle [yet].

What’s your new mommy routine like?
I decided to breastfeed solely, so that is really what my schedule is [all about]. You know, it’s something that is not necessarily instinctive, like there are messes and there are different techniques and styles. Then you have to learn the style of your baby and how much they want to eat. The learning curve has been huge. 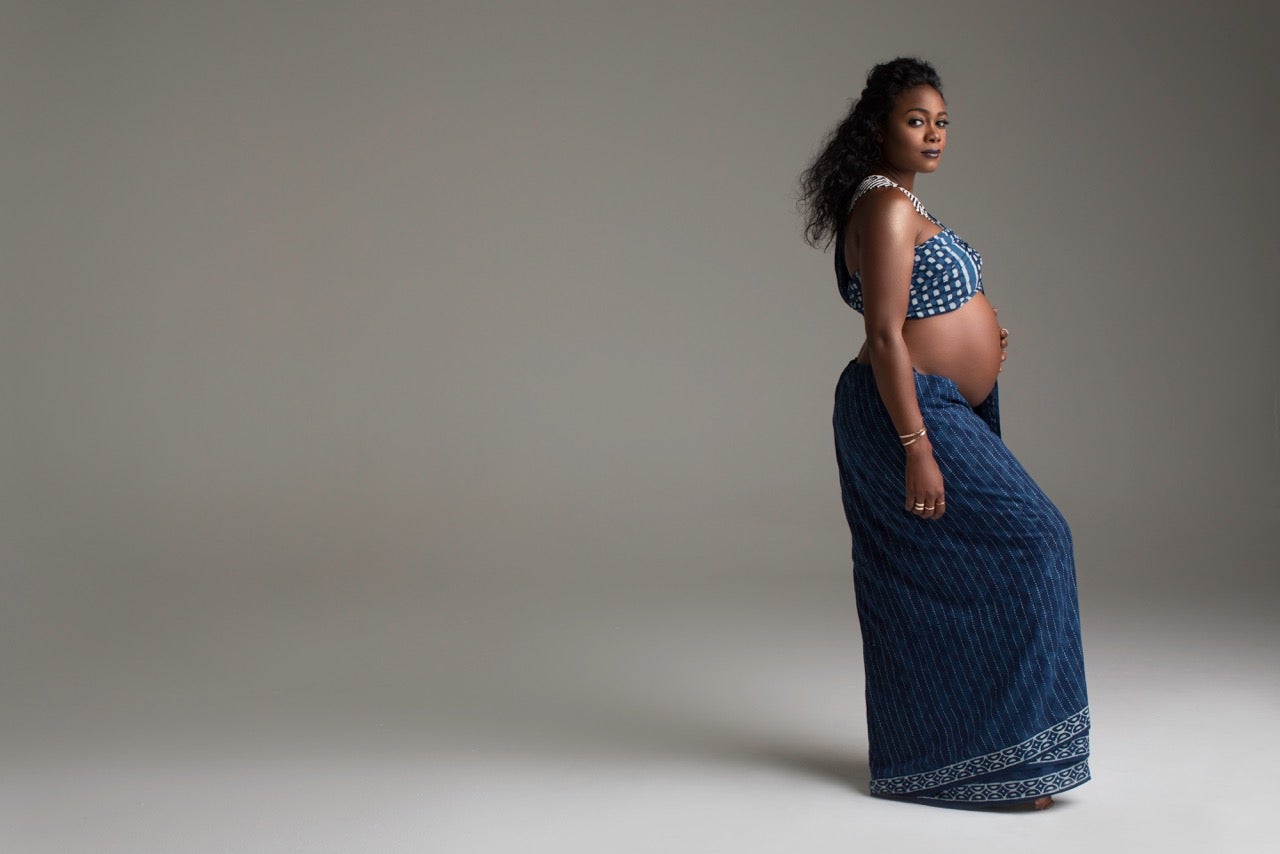 How is your husband enjoying the time?
He is awesome.  I do feedings; he does diapers. That’s how we tag-team. He’s also kind of doing food too because after birth, the last thing you really want to do is stand in one place and cook. Luckily he’s a really good cook.

Do you plan to document your journey as a new mom on social media?
I have thought about it. I think, for now we’re being private about Edward. You know, my work is my work and that’s not necessarily the life he’ll choose. He’s just so brand new. So far I haven’t posted anything or put any pictures up, but there might be a time where I do feel like it when he’s a little bit older.

Do you have girlfriends and family giving you valuable mommy advice?
It’s been great. My girlfriends have been awesome. The ones with babies, they’re totally there for me with advice and I’ve actually taken up a lot of their advice. We’ve decided to do cloth diapers instead of regular diapers, just for environmental reasons and because it’s more comfortable for the baby. I definitely got that advice from one of my girlfriends so they’re really a big help. My sisters too! I have two younger sisters and we’re very close. Just having people come over after they’re done with work is really fun because I haven’t left the house.

Did you always know you wanted to be a mom?
I did always want that. I knew that I did want to do it in partnership with someone, so I didn’t really think about it seriously and heavily until I met Vaughn.

A wedding and a baby?! It has been an incredible year for both of you.
Yes! Vaughn actually has his first book coming out soon too, so it’s like two births happened at the same time. I’ve actually been thinking about if I were to Instagram a picture, it would be a picture of the baby and the book and I’d say: “Which one is heavier?” 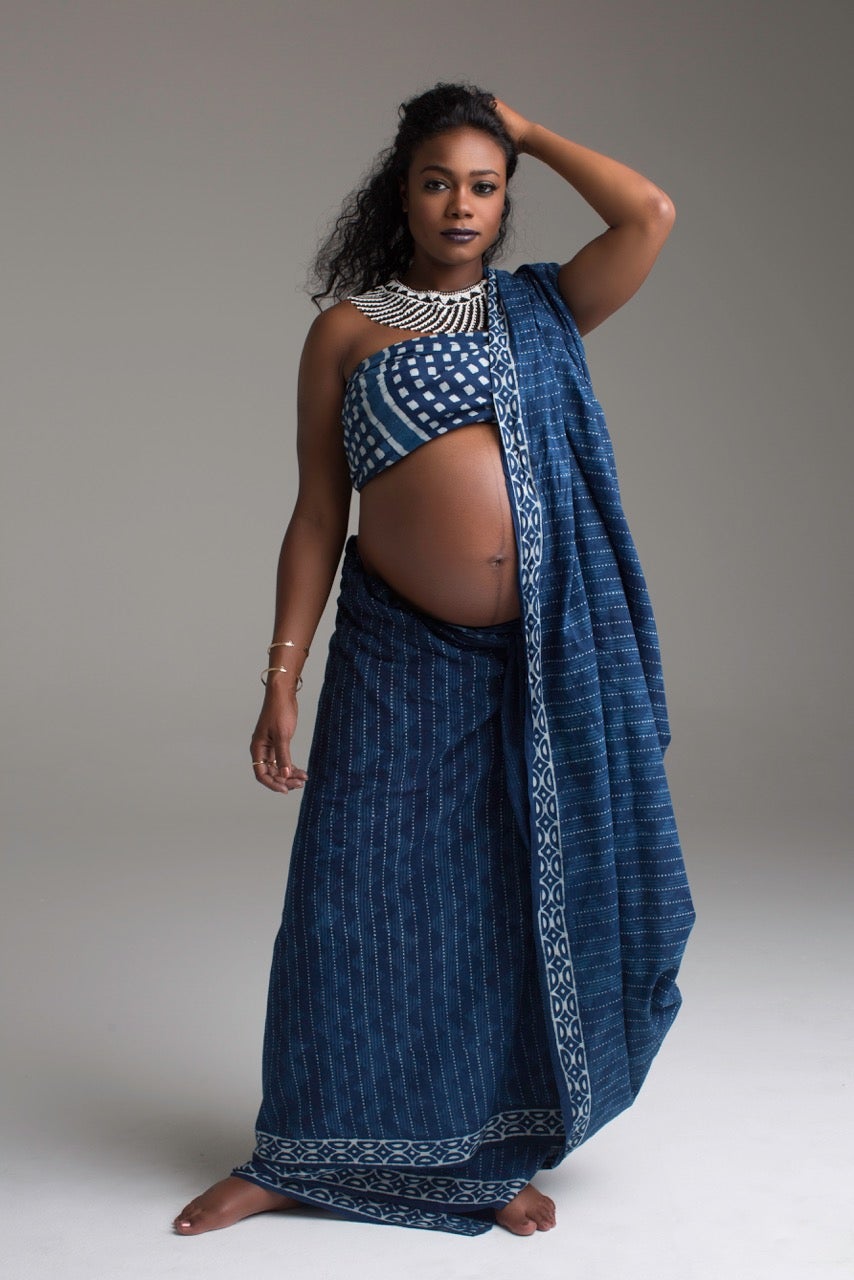 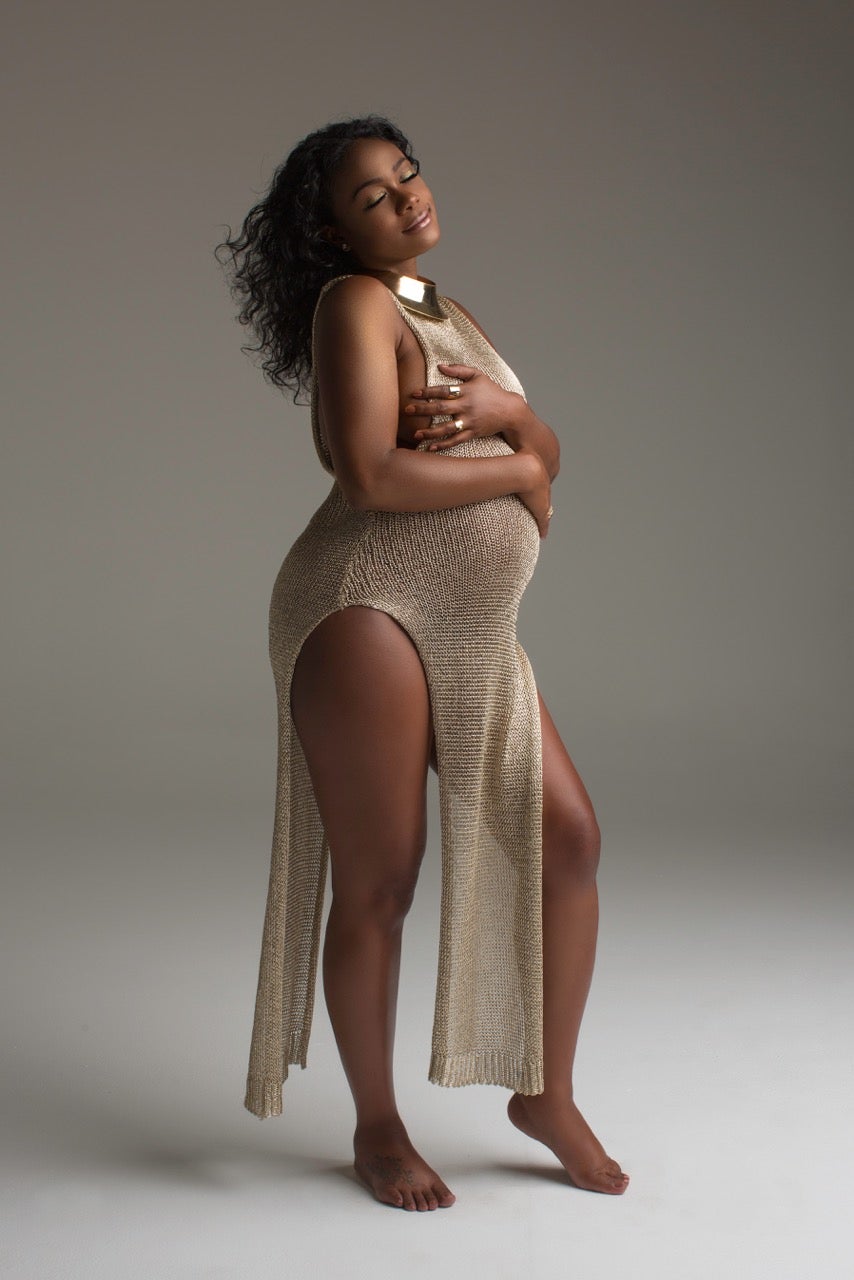