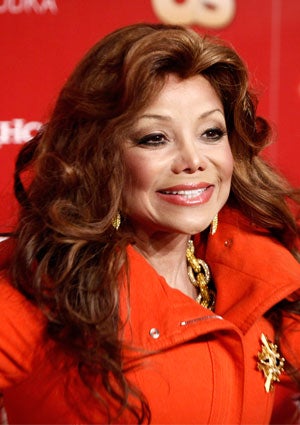 On this week’s episode of “Celebrity Apprentice,” the women of team A.S.A.P. came back with a vengeance, thanks to La Toya Jackson’s unconventional leadership, while the men of team Backbone seemed to disintegrate, thanks to Gary Busey’s disruptive attitude. Thanks to La Toya and Gary’s wacky antics, this proved to be one wonky episode.

Find out what other moments had us glued to our tellies.

This week’s challenge was to promote Australian Gold tanning lotion. We’ll admit we let out a small gasp when La Toya volunteered to be project manager for Team A.S.A.P. With two strong personalities like NeNe Leakes and Star Jones on her team — and trust us, they weren’t rooting for her — La Toya had her hands full. But she prevailed, granted, it wasn’t the smoothest of rides. Between ordering 6,000 pounds of sand, and wanting koala bears and palm trees, it was easy to doubt La Toya’s ability to reason. And yet, she is a Jackson after all, and they think big. The Australian Gold executives loved it, and team A.S.A.P. won.

Once in the boardroom, La Toya and Gary had no choice but to go into survival mode as members of their respective teams relayed their dissatisfaction with both of them. Surprisingly, both stood their ground, but not before NeNe and La Toya had a throw down of epic proportions.

“I worked my ass off, while you looked like Casper the Ghost!” NeNe said to La Toya, before going on a tangent about her complexion (um, okay). “Let’s be clear, Casper,” she says, “play your age, not 12, old lady.” While we love us some NeNe — and her timing does rival the best comics today — shouting at La Toya about her complexion and age didn’t have much to do with the task or the show.

Gary Busey suffers the same mutiny from team Backbone members who accuse him of being a liability. And can you blame them? In this episode, Gary spends a chunk of time trying to get the Australian Gold executives to let him become a spokesperson and less on pitching his team’s theme. Everyone agrees that the Oscar-nominated actor is the weakest link. Yet Donald Trump decides to fire project manager Mark McGrath rather than send Gary home.

What was your favorite moment from “Celebrity Apprentice”?