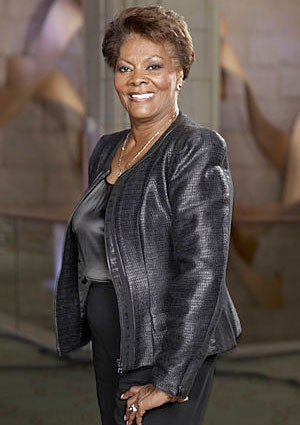 Supermodel Niki Taylor may have been a great project manger on last night’s “Celebrity Apprentice,” (and team A.S.A.P. did try their damnedest to pull off a win), it just wasn’t enough. Perhaps more shocking was how it all ended in the boardroom.

Check out the three most talked about moments from last night’s camping-themed episode — including Dionne Warwick once again not being a team player, Star Jones trying to run the show, again, and Niki Taylor’s graceful exit.

Dionne Warwick’s Foul Mouth
Once again, Ms. Warwick just doesn’t know when to shut it up. Of course, we back our Black women — but only when they act like ladies. Maybe it’s her age that’s getting in the way of her thinking and her mouth. In a moment of frustration, Warwick had the audacity to call project manger Niki Taylor a “hussy.” That language and respect coming from a legend? We expect more from her and are very disappointed in her sportsmanship and attitude.


Star Can’t Help Herself ;
After repeatedly saying she wasn’t going to play the role of project manager when it wasn’t her time to lead — Star Jones ended up leading. When Taylor stepped out to get the signage situation straight Jones stepped up to fill the position. Directing teammates on what to do and how to do it. She’s simply best at leading — and quiet honestly, she seems like she doesn’t know how to follow! However, we can’t blame her — she’s a natural born leader but, girlfriend needs to learn how to sit back and let others run the show. Right?

Niki’s Graceful Exit
So in the end, team A.S.A.P. lost, again. But this time it wasn’t a disaster. The team actually worked and functioned as a unit (except for Dionne Warwick). They listened and kept the arguing and bickering to a minimal. La Toya Jackson was on her game, NeNe was making moves and Star Jones was selling the hell out of that RV, but it just wasn’t enough to overcome what seems to be an unstoppable team Backbone. Taylor took the wrap for the entire team — and rightfully so. The whole operation was done under her watch and the team, for the most part, followed her direction. There wasn’t even a complete boardroom scene. Taylor basically fired on the spot.

In a poignant moment while watching Taylor leave the boardroom, Jones yelled, “Stop! You walk out with your team.” The rest of team A.S.A.P. accompanied the classy and graceful Taylor as she exited the show becoming the second female contestant to be fired and probably the first in history to ever to be done with honor.

Overall, this week wasn’t as juicy as it could have been. But it kept us locked in waiting for more drama to erupt. We know more drama is cooking up and it just may blow over next week — we’ll be seeing NeNe in tears.