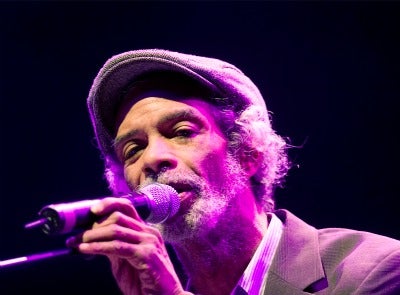 Gone but not forgotten, celebrities recently weighed in on the death of legendary musician Gil Scott-Heron. Known by many as the “godfather of rap,” Common, CeeLo Green, Lupe Fiasco, and Usher shared their condolences via Twitter. Read what they said here…

When Cee Lo Green heard the news he couldn’t help but say “Rest in peace to the GOD” all the while Usher told his thousands of Twitter followers, “I just learned of the loss of a very important poet…R.I.P. Gil Scott Heron. ‘The revolution will be live!!'”

A Chicago native, Heron was one of the first recording artists to sign with legendary producer Clive Davis. His passing moved fans across the country, with notable responses from fellow Chi-ites Common and Lupe Fiasco: “Rest in Peace Gill Scott Heron. You were one of my inspirations!,” Common Tweeted.” Meanwhile, Lupe said, “Awww man…sad day…RIP Gil-Scot Heron…May God have mercy on your soul!”

The soulful artist was a true man of power, poetry, and protest — you will always be remembered. R.I.P. Gil-Scott Heron.