Bryson Tiller recently gave back by picking up the bill for senior citizens in Louisville, Kentucky.

Tiller surprised shoppers at Kroger and Pic Pac, telling them to fill their baskets with whatever they wanted. Shopper Joanne Samuels told WDRB, “He said, ‘Why don’t you fill up that whole basket.’ I said, ‘What do you mean fill up the whole basket?’ He said, ‘Fill it up, and I’ll pay for it.'” 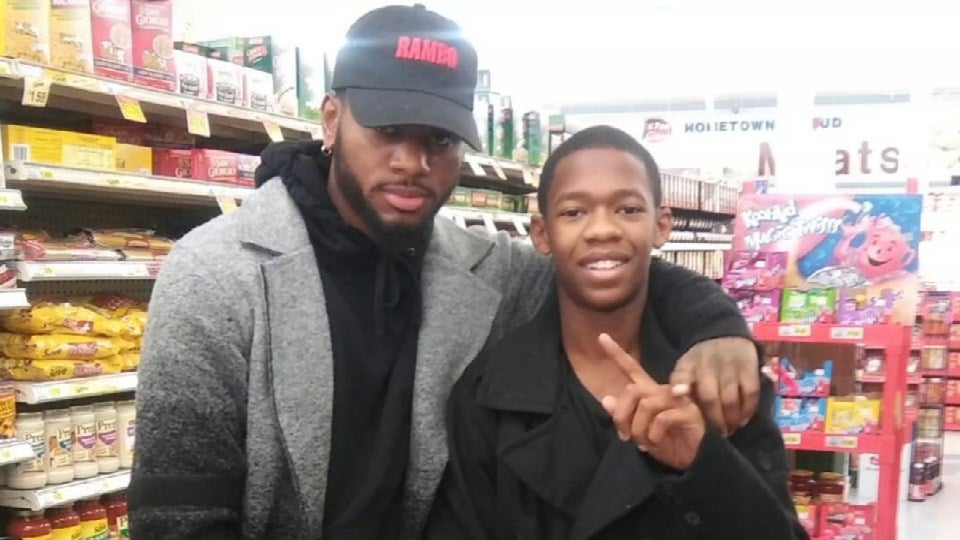 Samuels admitted she was a little hesitant and wasn’t sure who Tiller was. “You can’t trust everyone nowadays. I said, ‘I just can’t believe this, I’ve never had this happen to me.'”

Shoppers at Pic Pac, however, knew exactly who Tiller was and were shocked to see the singer in the store. High school freshman Kendrick James said, “I just looked over, and I just saw his face, and then I was like telling my mom and sister, ‘I think that’s Bryson Tiller,’ and my mom was like, ‘Ain’t no way that’s Bryson Tiller. I don’t think he’d be in Louisville right now.'”

The Grammy nominated R&B star paid for Samuels’ groceries as well as the lady in front of her and picked up the bill for senior citizens at the Pic Pac. Samuels says that she thanked the singer after he introduced himself and before she left he told her, “It really makes me feel good to be able to do this.”