Kanye West loves a red carpet and we love seeing him on them.

On Sunday night at the 2016 MTV VMAs Mr. West opted for an all-white ensemble comprised of a pair of jeans, a T-shirt that reads “famous” in smal print and a pair of his Yeezy Boost boots.

The “Life of Pablo” rapper — who is set to make an appearance on stage at the VMAs — was of course joined by his wife Kim Kardashian West, who donned a sheer, short, black frock that showed off her killer curves. Kim’s wet-and-wavy hair and gold pendant chains were the perfect finishing touches.

What do you think of the power couple’s look? 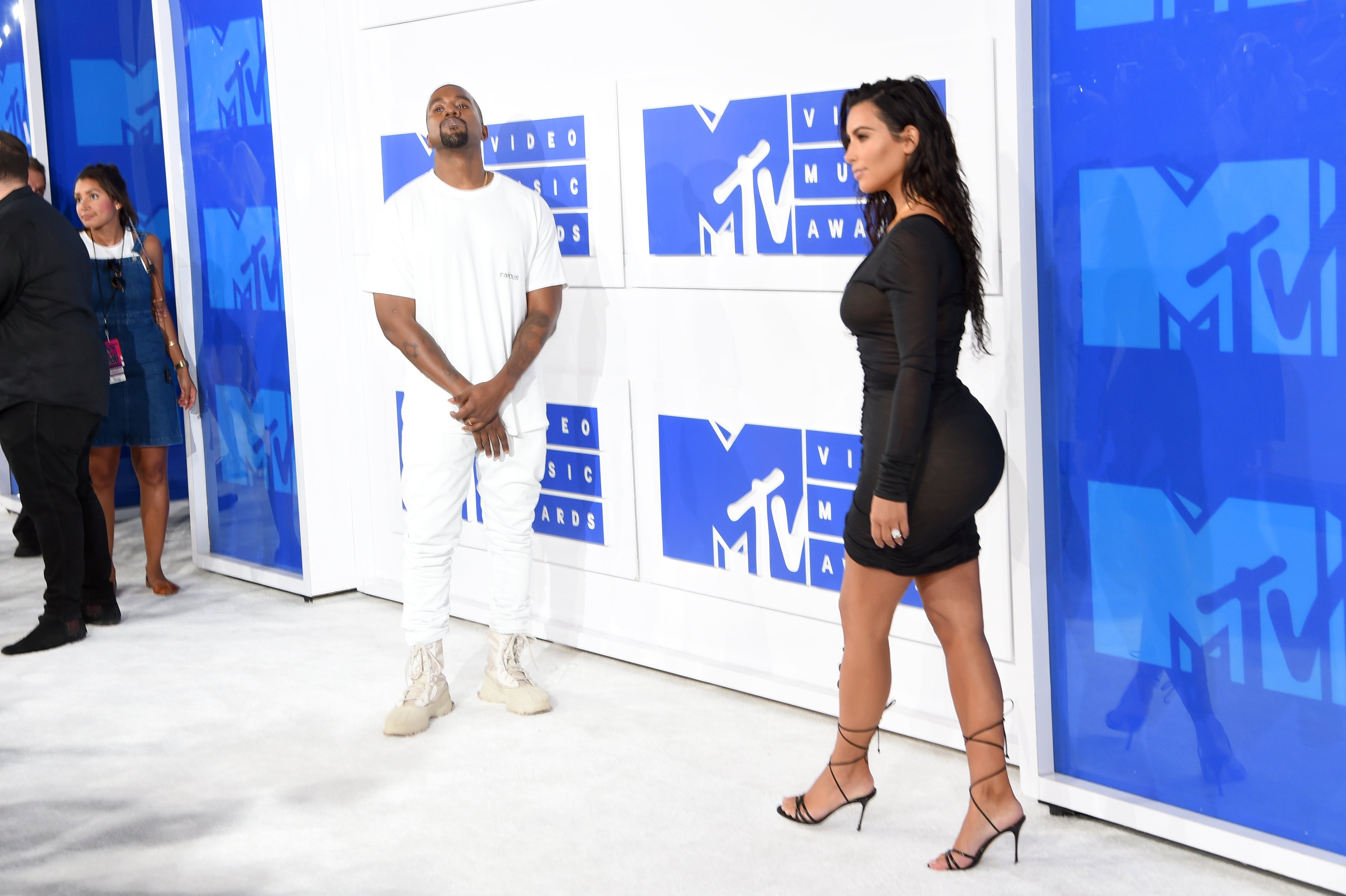