Skip to content
Our Favorite Celebrity Engagement Rings
Courtesy of LeToya Luckett
By Charli Penn · Updated October 26, 2020
LeToya Luckett’s new fiancé is a mystery man no more. After Luckett revealed her surprise engagement on Instagram, the singer and actress let her fans in on a little secret that she’d been keeping to herself for months—she’s madly in love with Dallas entrepreneur Tommicus Walker. “I feel it’s very important to build your foundation first before sharing your relationship with the world,” Luckett, 36, told ESSENCE in an exclusive interview after her big engagement. Lessons learned from past mistakes helped to make it easy for Luckett to make the decision to keep her new relationship out of the private eye. “I felt that it was important to get to know each other without any distractions or any he-said she-said,” Luckett said. “I wanted to do something different with this relationship because I felt something different about him.” The truth behind the couple’s romantic beginnings is something out of a Hollywood love story. It began with Luckett’s prayers. Earlier this year, after appearing on OWN’s The Book Of John Gray, the singer opened up to Pastor John Gray about her struggles with staying open to love after a failed relationship with ex Rob Hillman and her desire to find the right partner and start a family. On the show, Gray told Luckett that her husband was, in fact, coming. His prophecy was spot on. Just a few months later, Luckett attended a friend’s wedding and while she was there she struck up a conversation with another friend, designer Nikki Chu, that changed her life. After Luckett shared that she’d been praying for a good man to enter her life, Chu brought up her boyfriend’s brother, Walker, and insisted he and Luckett could be a good fit. She was intrigued. “I thought, oh, he sounds amazing – a man of God, a good father – and I trusted her because she’d really gotten to know him over a few years,” Luckett explained. She gave Chu the okay to give Walker her number, but she had one caveat: “I asked her not to tell him my full name or anything about me,” said Luckett. The pair hit it off famously. Walker called Luckett the next day. “Immediately the chemistry was there,” she said. “We started talking and laughing. He’s from Texas just like me. Talking to him felt like being home again. We talked for a few weeks and he still didn’t know what I looked like or my full name or anything like that.” Luckett and Walker immediately bonded over their faith. “After a few weeks of talking, we were praying together on the phone and reading scriptures and everything like that,” Luckett shared. Walker flew out to Los Angeles with his daughter to meet Luckett in person so they could have a proper first date. The night they finally met in person, Luckett told ESSENCE that Walker still didn’t recognize her at first. It wasn’t until her best friend Eudoxie Bridges, wife to rapper Ludacris, called her on Facetime and Walker overheard her ask Luckett “Does he know who you are now?” that she decided to reveal her true identity. He admitted to having a crush on her back in high school. “Then he said to me, ‘None of that matters because I’ve gotten to know you and to see your heart and that’s what I’m into, and so that doesn’t change nothing we got going on right now,” Luckett shared. 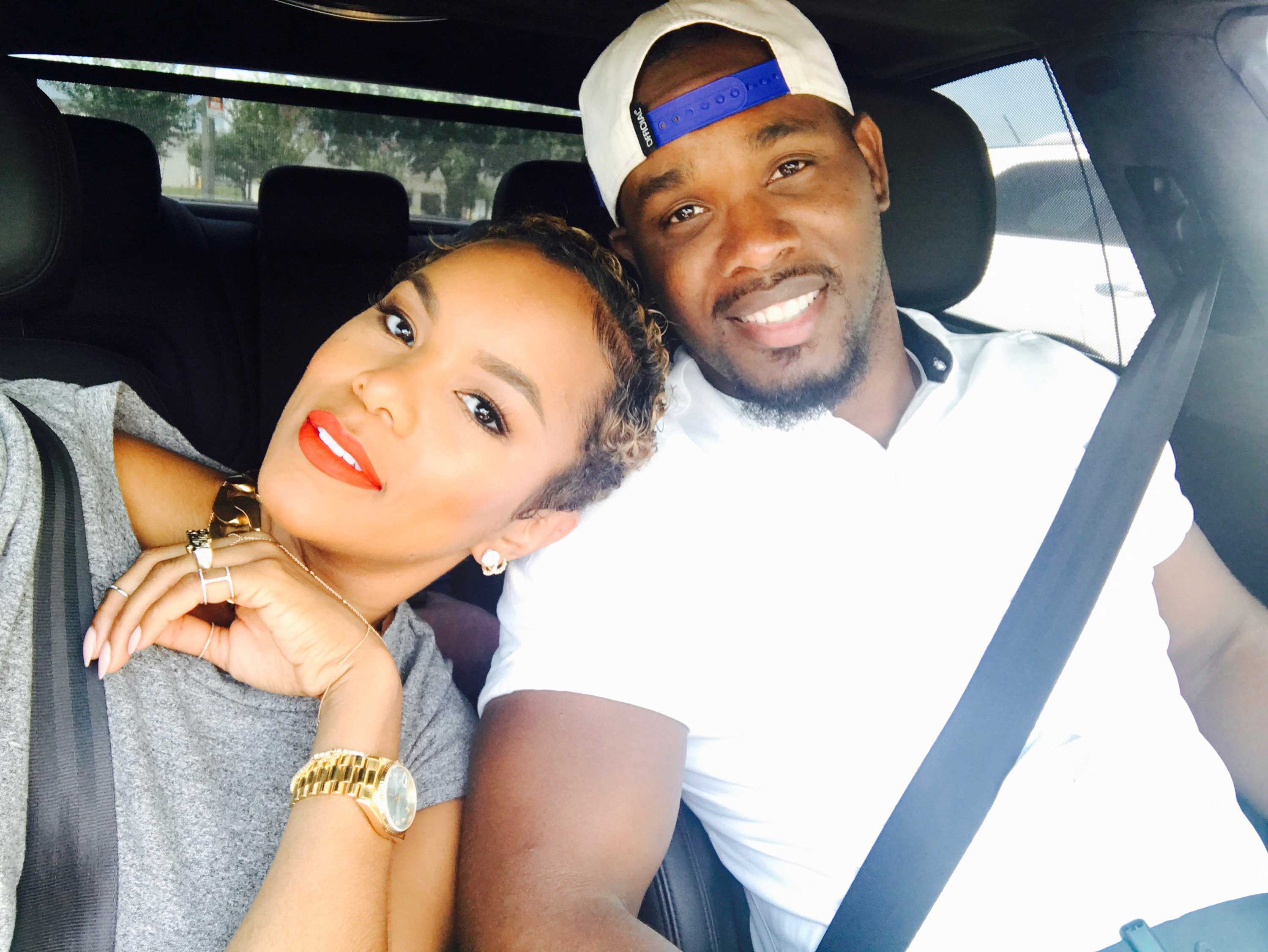 Melting yet? After a successful dinner date, for date number two, Luckett brought a friend along and the couple took Walker’s daughter to Disneyland for the day. At this point, the Back 2 Life singer said she was fully smitten with her new love. 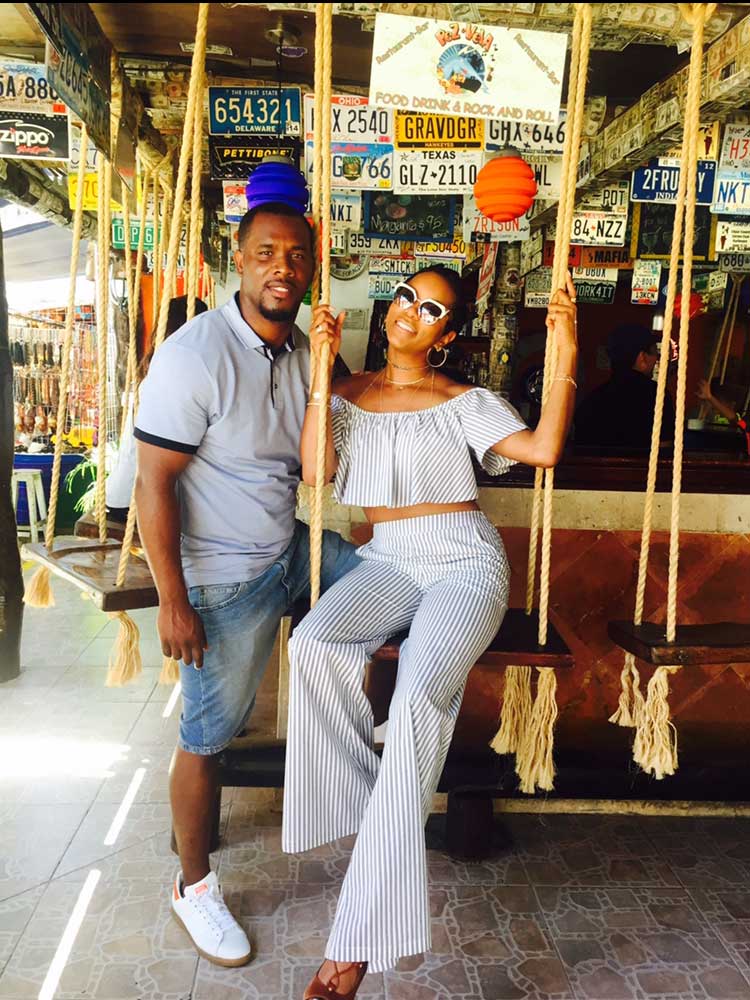 “I love that he isn’t in the entertainment business, but yet he still understands me and he’s so supportive,” said Luckett. “He gets me, but he sees Toya. And that’s what I’ve always wanted. I’d say, ‘God, whoever you have for me, I want them to see me. I want them to see my heart. I want them to see me crystal clear in their eyes the way you see me in yours.’ And, he sees me. And there’s no better feeling.” Walker’s proposal was a beautiful surprise, Luckett said she never saw coming. The entire time she thought she was working with Chu to plan him a surprise birthday party with his friends and family there, Walker was actually secretly working with Chu to turn the moment into a live engagement party. When Luckett showed up to surprise Walker, she expected to only see his family there, but instead all of her family and friends were on hand to watch him pop the question on bended knee. Walker created a custom video to showcase their love story (watch below) that played for all to see when he proposed.

That one time @letoyaluckett planned a surprise Bday dinner for @iamtwalk2 but he had a bigger surprise for her 💍 Congrats y'all!!!

“I’m still overjoyed and bouncing off the walls,” she said. “It’s hard to put into words exactly how I’m feeling right now. It’s just joy – straight up joy.” And, just when it seemed Luckett’s love story couldn’t get any realer, she recalled the time she introduced Walker to Pastor Gray and after they talked, Gray began to tear up and turned to her and said, “That’s him!” Chills. “John [Gray] says we’re going to be married before the end of this year and it’s kind of looking that way,” Luckett added. “I don’t think I’ll go into 2018 without being Mrs. Walker.” Cheers to the future Mr. and Mrs. Charli Penn is ESSENCE.com’s Senior Relationships and Lifestyle Editor. Find her over on Twitter or Instagram to continue the conversation.