Beyoncé lent her superior rapping skills to the fight against poverty with Jay-Z at her side in South Africa at this weekend’s Global Citizen Festival. And the internet went nuts. 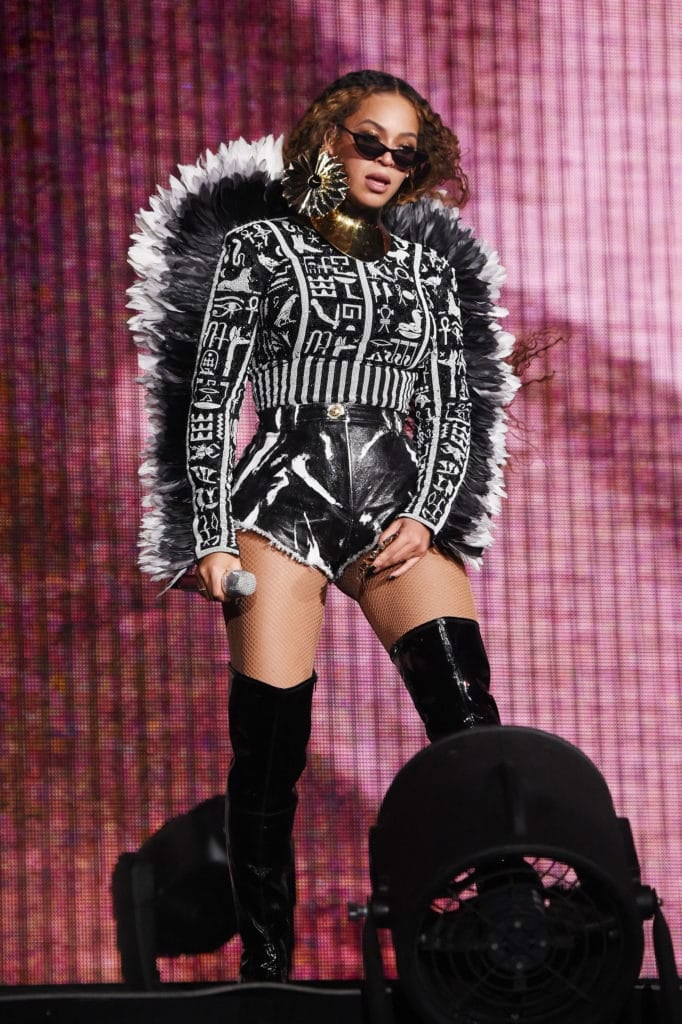 Subtitled “Mandela 100,” the festival, aimed at ending poverty by 2030, also celebrated the sacrifices and contributions that the late South African leader and human rights activist Nelson Mandela has made over his 100 years of life. Fans were able to earn their way into the free concert by taking actions toward social change online.

During the show Beyoncé addressed the crowd, “I’m looking at all of you, all of you beautiful spirits.”

While she brought the bars, she didn’t leave her singing skills at home. She led the crowd in a sing-along to “XO” that resulted in many audience members bursting into tears during the 25-minute live stream of the show.

Afterwards Bey told them to “close your eyes and think of Mandela,” before singing a duet with Ed Sheeran of his song “Perfect” in tribute to the man of the hour.

Beyoncé penned an open letter to Mandela, whom she first met at an AIDS Benefit back in 2004. It was first published on her website ahead of her performance.

“Your kindness and gratitude for every experience, and your ability to forgive are lessons I have learned and will pass on to my three children. My entire family holds you in high regard,” she wrote.

The Creators Of 'Hair Love' Talk Being Nominated For An Osca...

5 New Products To Add To Your Wash Day Routine

5 Colorful Pieces By Black Artists That Your Home Decor Need...