Beyonce and Gucci are closing out Women’s History Month with a million-dollar bang for an extraordinary cause.

Last July at the 2017 ESSENCE Festival, the global superstar and her team unveiled BeyGOOD 4 Burundi—a massive, multi-year initiative in partnership with UNICEF to improve water, sanitation and basic hygiene practices in the East African nation of Burundi, where nearly half the population had no access to clean, safe water.

Now, in celebration of World Water Day for the second phase of the initiative, founding partner Gucci is joining Beyonce, Chime for Change, BeyGOOD and UNICEF in their efforts to help alleviate the epidemic with a $1 million commitment to the project that will provide for the installation of an additional 85 water wells in  Burundi communities.

Speaking exclusively with ESSENCE, Parkwood Entertainment’s Director of Philanthropy and Corporate Relations, Ivy McGregor, says the second phase of the project, which will provide access to clean, safe water to more than half a million women, girls and their families, is a multi-faceted mission that runs deep. 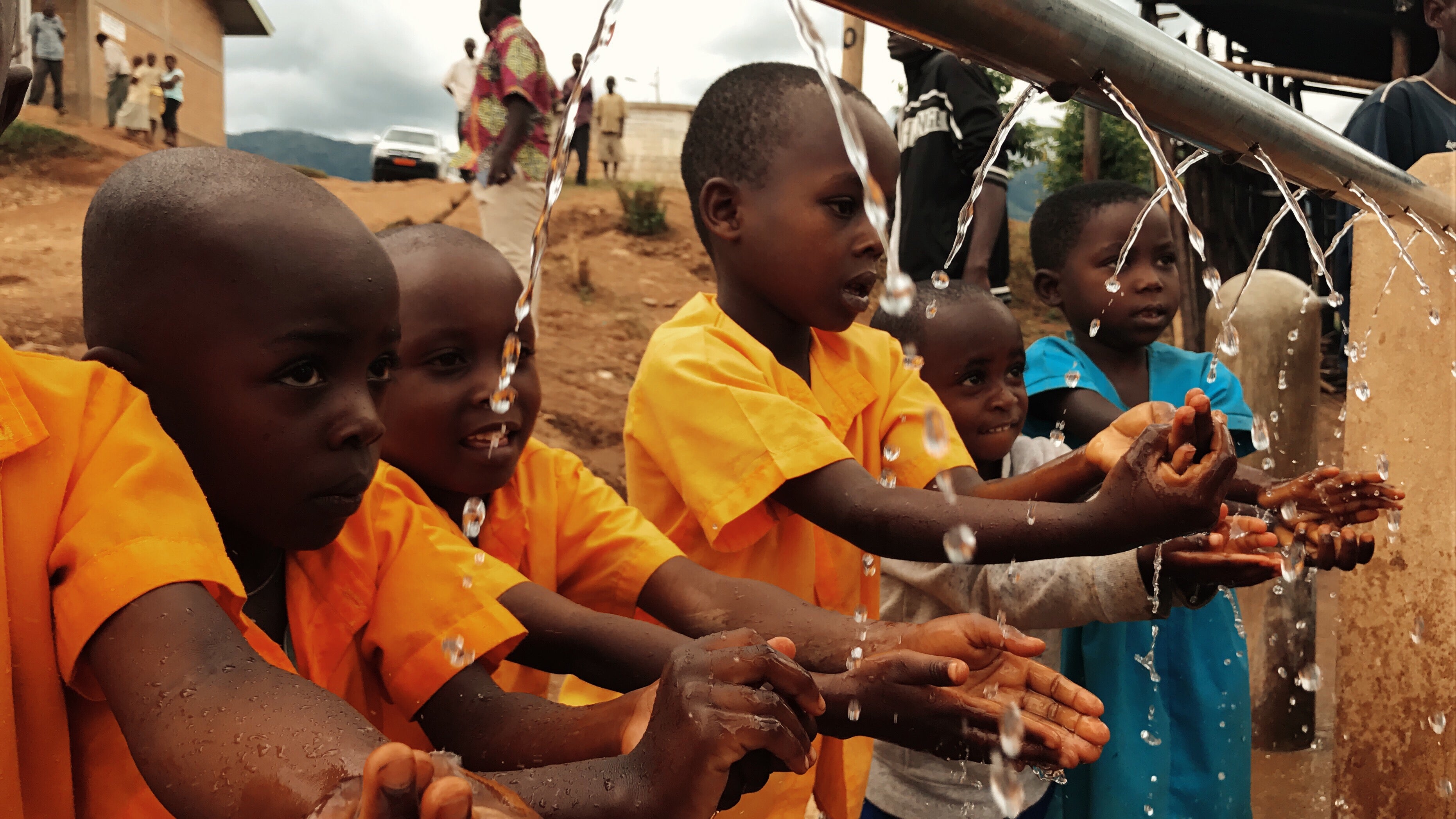 “There are hospitals today in Burundi where women have babies and there’s no running water,” Ivy tells ESSENCE. “Let’s just pause and think about that for a second. Can you imagine? So, through this million-dollar commitment that Gucci has made, we will not only be digging more waterholes for the wells, but we will be ensuring that hospitals have water and that schools have water. Girls are disproportionately affected by this water crisis because, as we all know, girls have menstrual cycles. So, because the schools don’t have water, girls are out of school for a week out of every month. Their education is at risk because of a lack of something so basic. So, another part of this second phase is to ensure that some of the schools and health centers in the hardest hit areas have water.”

But for Beyonce, McGregor and the Parkwood team, their dedication to this cause goes far beyond writing a few checks. More than simply realizing the impact of the gesture in theory, BeyGOOD has remained committed to actually putting in the work and keeping a close eye on the progress to make it all a reality.

“We’ve now made a total of 3 visits to Burundi,” McGregor continues. “And it was amazing to see the work and how UNICEF empowers and engages the community. It’s not just this organization that comes in and says, ‘Here we are, we’re going to build the wells for you.’ They have a whole activation program that trains the community on how to maintain the wells and engages the community, and the community really took ownership to the wells. So, envision a community of 5,000 or 10,000 or 100,000 people that get the word that a well is coming so that they don’t have to walk 20+ miles to get access to clean water. And not only do they get the word, but they engage their community leaders, and they have meetings to prepare for the wells, and they engage the men to actually dig the wells, and the women create this celebration of the wells. So it’s a community thing. I love that.” 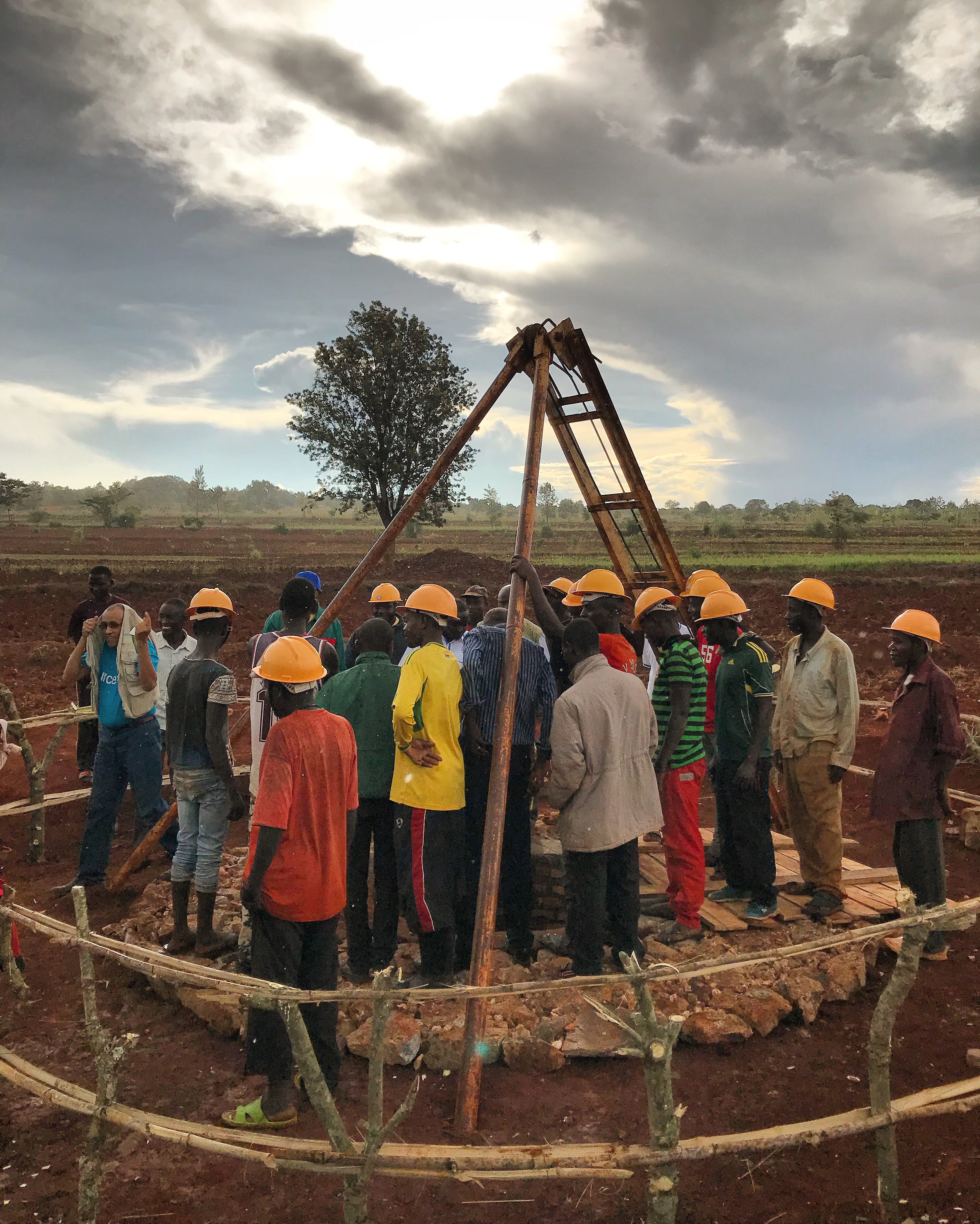 Following the installation of an unprecedented 35 wells in less than a year that are providing nearly 100,000 residents with access to clean water, McGregor says the BeyGOOD team is empowered as they look ahead to the next phase with Gucci.

“Ahead of this phase, we identified one of the next locations that we needed to reach, where people are walking the furthest for water,” McGregor added. “Last year, I flew from the ESSENCE Festival to Hamburg, Germany for the Global Citizen Festival there to meet with the president of worldwide Gucci and, through that 5-minute meeting and him seeing my passion about the BeyGOOD 4 Burundi initiative, he committed to giving us $1 million for the project. So, more than 85 wells will be built, maintenance training will be provided, and safe water solutions for schools and health facilities that need fresh water will be implemented. So, close to half a million people will be serviced with safe, clean water through Gucci’s partnership.”

Another remarkable indicator that the BeyGOOD team is all in when it comes to the responsibility aligned with the project, McGregor shared that following Coachella, they’ll be heading back to Burundi on a 26-hour flight to put in even more work. 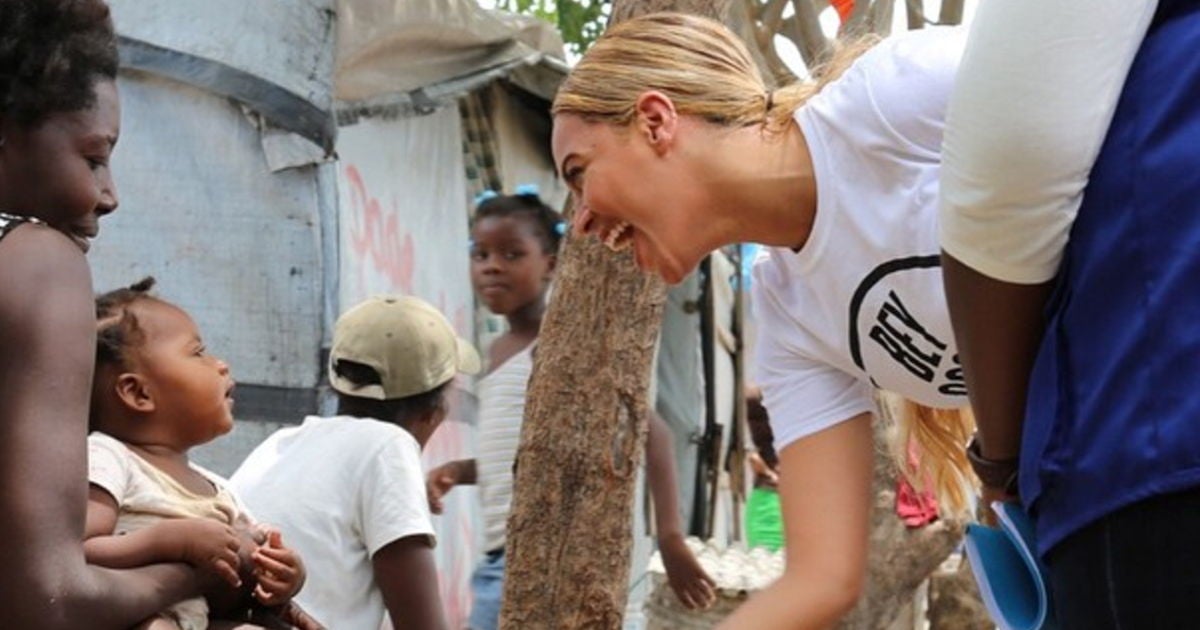 As an entertainer, Beyonce has consistently used her platform to spearhead and support multiple philanthropic, humanitarian and community outreach efforts throughout the course of her 21-year career. But as a mother, the decision to launch this mission, in particular, is one that came straight from the heart.

I believe that everyone has a tender spot. It may be seniors for people who have aging parents, it may be children, it may be healthcare. For her, it was this and she felt like it was something we can and should fix.” 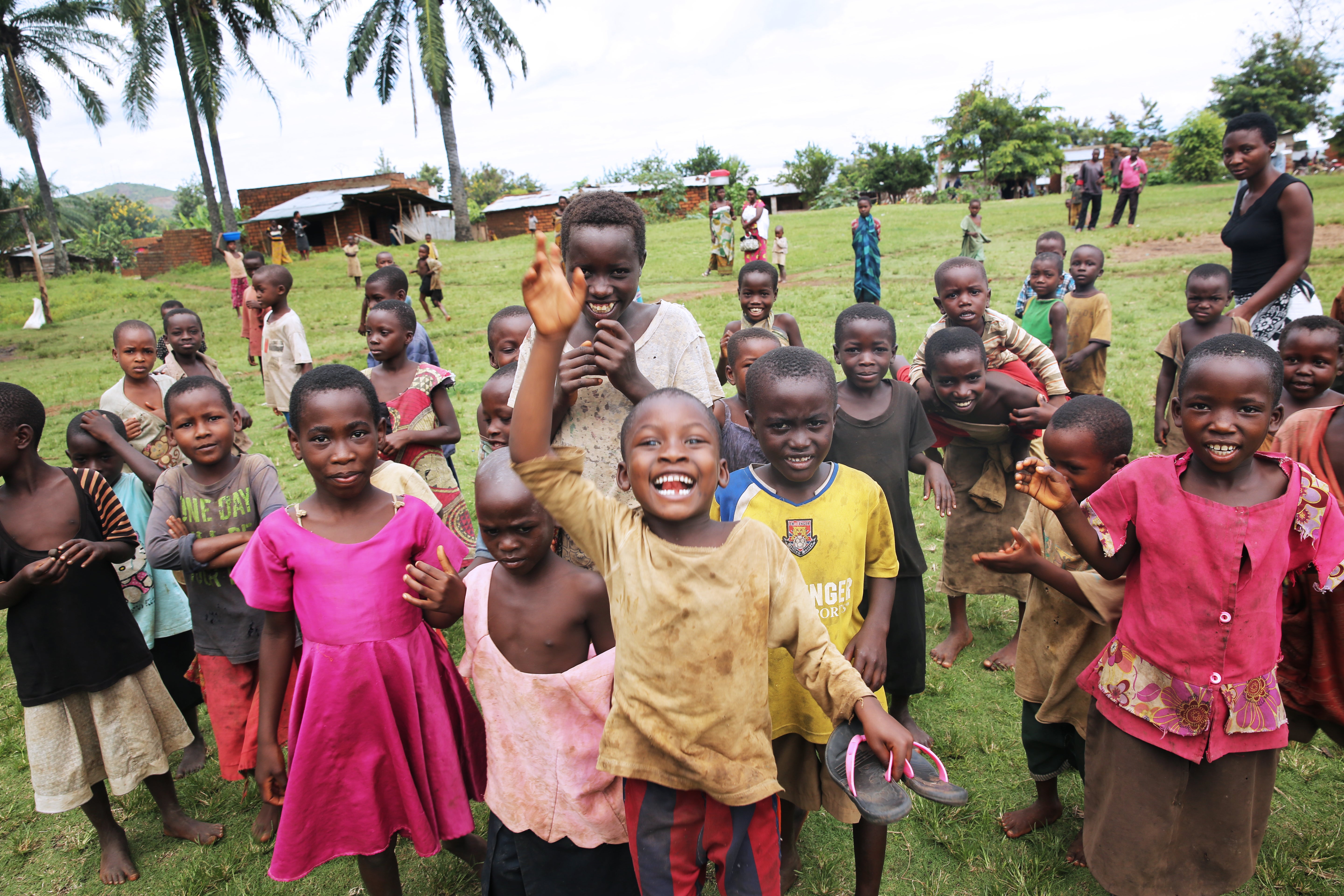 As Women’s History Month comes to a close, McGregor and the Parkwood team hope to send a message of empowerment and affirmation to everyday women around the world through the work that they’re doing in Burundi.

“Lots of people do incredible work and, of course, everybody isn’t a Beyonce that has the world watching, but I think that every woman can be committed to just building a relationship with another woman,” McGregor says. “After a 26-hour flight to Burundi, often times, we have to travel 6 more hours by car just to get to ONE well. And then sometimes, the travel time to get to another well is 3 or more hours. But the reward of seeing the smiles on children’s faces and the reward of seeing these women that now have hope for their children is life-changing. A mother in Burundi wants the very same thing for her child as our mothers wanted for us; an opportunity to live and thrive, to have health, to have education and to grow and to make a difference in the world. 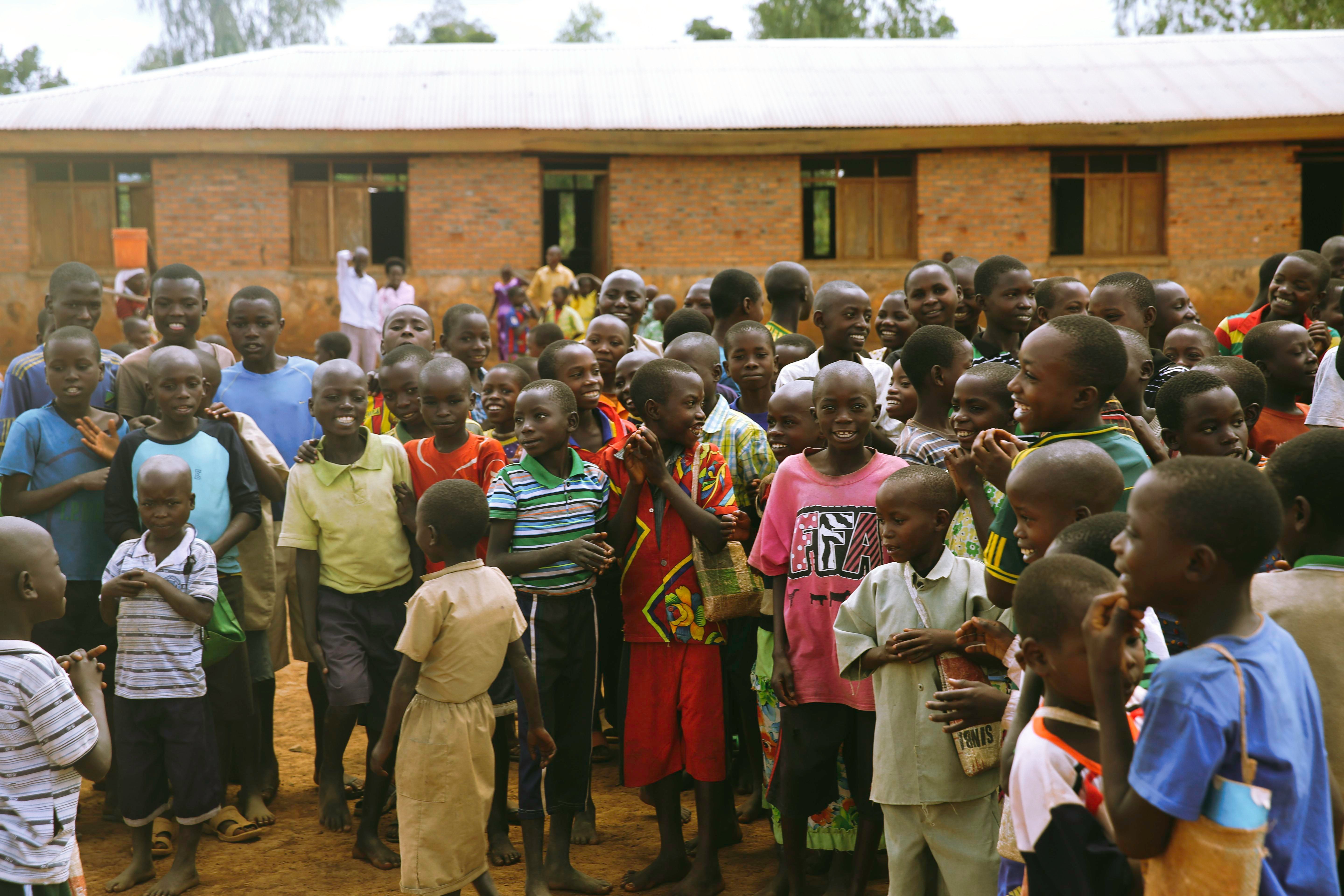 Having overseen Parkwood’s philanthropic initiatives and corporate affairs since 2013, McGregor says the BeyGOOD team is excited to bring even more companies and individuals aboard who have a global footprint, are aligned with their passion for women, mothers and children and are aware that empowering the community begins with empowering women.

“This next phase, which we’re most excited about—and I hope that people that read this piece will hear my heart and know the heart of Beyonce—is that I’m hoping that there are other individuals, philanthropists, CEOs and companies who come forward and say, ‘Hey, we want to align with you and we want to help make sure that these young girls don’t have to miss school because of this.’ BEYGood is not a foundation, which surprises a lot of people, and we don’t intend to make it a foundation. We partner with credible organizations that are 501(c) (3) and use our platform to help leverage theirs. So, we create partnerships, to develop programs, that benefit the people; that’s the umbrella of BEYGood. We are a movement to inspire people to be kind, be generous and be good.” 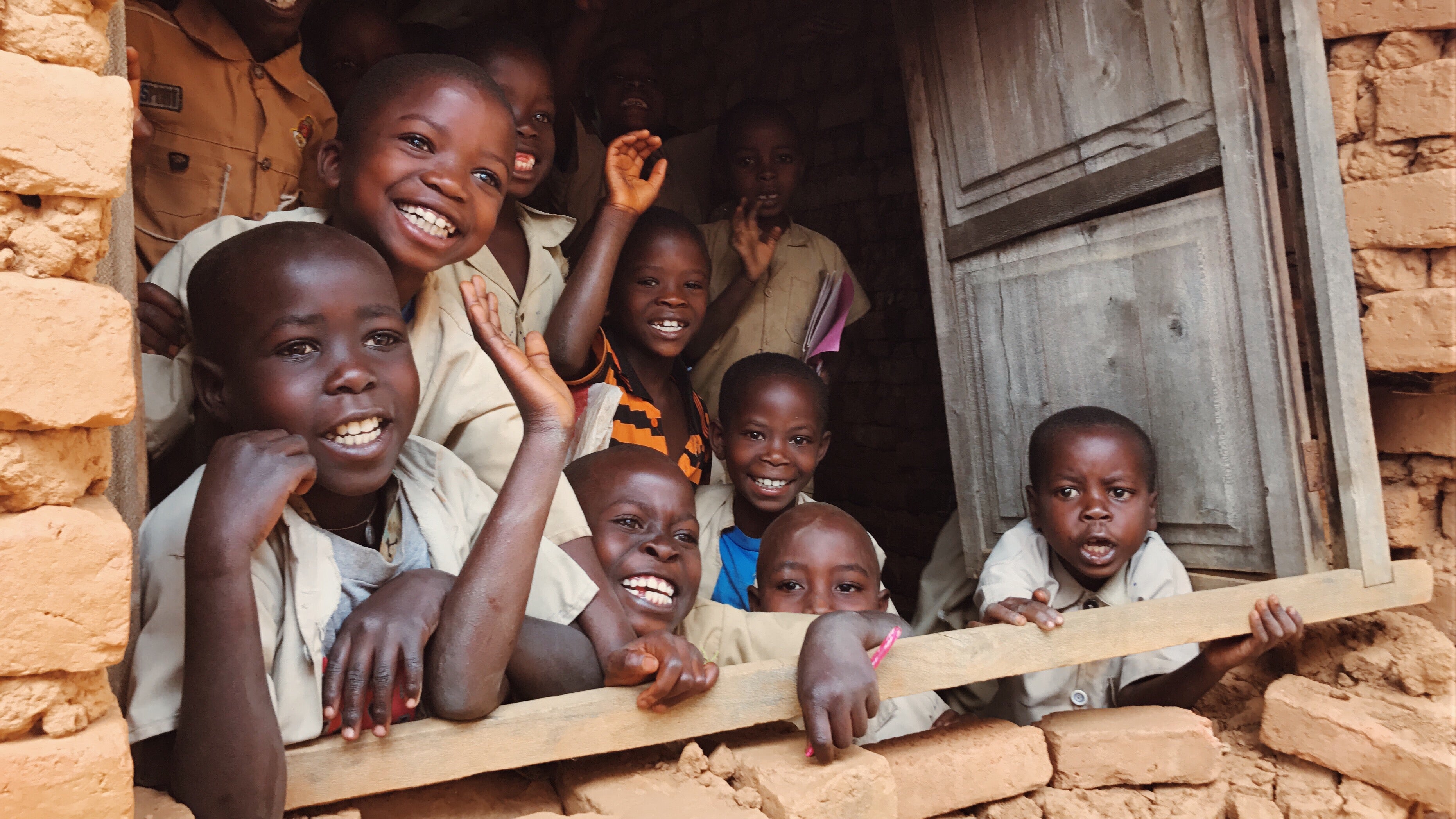 Above all else, McGregor, Beyonce and the BeyGOOD team are confident that continuing to join forces with like-minded philanthropists and companies with a commitment to goodwill, service and supporting the community, will see the ultimate goal of the BeyGOOD 4 Burundi initiative come to fruition sooner than later.

“Beyonce called me and said ‘Ivy, we have to do something. I heard about this country, Burundi, and what’s going on there. Let’s do the research and figure out what we’re going to do.’ So, as part of my commitment when I came back to her to give the update, I said, we are not just going to send a check, give some money and be gone; we are going to do just like we do here in the U.S.

The total initiative to completely eradicate the water issue is about a $13 million project so, honestly, I’m looking for more Guccis that would come alongside Beyonce and her commitment and say, ‘Hey, we want to help.’  So, if there are organizations that are already working in Africa, I want those companies to reach out to me and we can figure out how we can create a win-win because, Burundi is an amazing area with incredible people and together, I really believe we can make this better for them.”

For more information on the BeyGOOD 4 Burundi initiative, visit the official website HERE.