By Paula Rogo · Updated October 23, 2020
Aretha Franklin had a final wish before she passed away earlier this month — and it was to help her adopted home stage of Michigan. View moderator Whoopi Goldberg, who attended Franklin’s funeral last Friday, shared what exactly the Queen of Soul wanted. “Aretha was very upset…to discover that people are no longer giving water to the folks in Flint, Michigan and she wanted [Judge Greg Mathis] to take care of it. ‘Handle it!'” Goldberg told her audience on Wednesday. “So there was water was being given, now the water has stopped. So whatever we can do to get that going,” the comedienne and actress added. During his speech at the nine-hour ceremony, Mathis, a former Detroit District Judge, shared the story of how Franklin pushed him to visit the city of Flint, Michigan to help with the continuing water crisis. The city has struggled to recover from the state-led water crisis due to the contamination of its primary water source. “Our last conversation and I probably shouldn’t speak on this because the governor was here earlier,” Mathis said. “But, our last conversation was about the Flint water crisis. Where we know now that the governor’s office ordered that the city of Flint be taken over. They changed the water supply and it poisoned the people.” 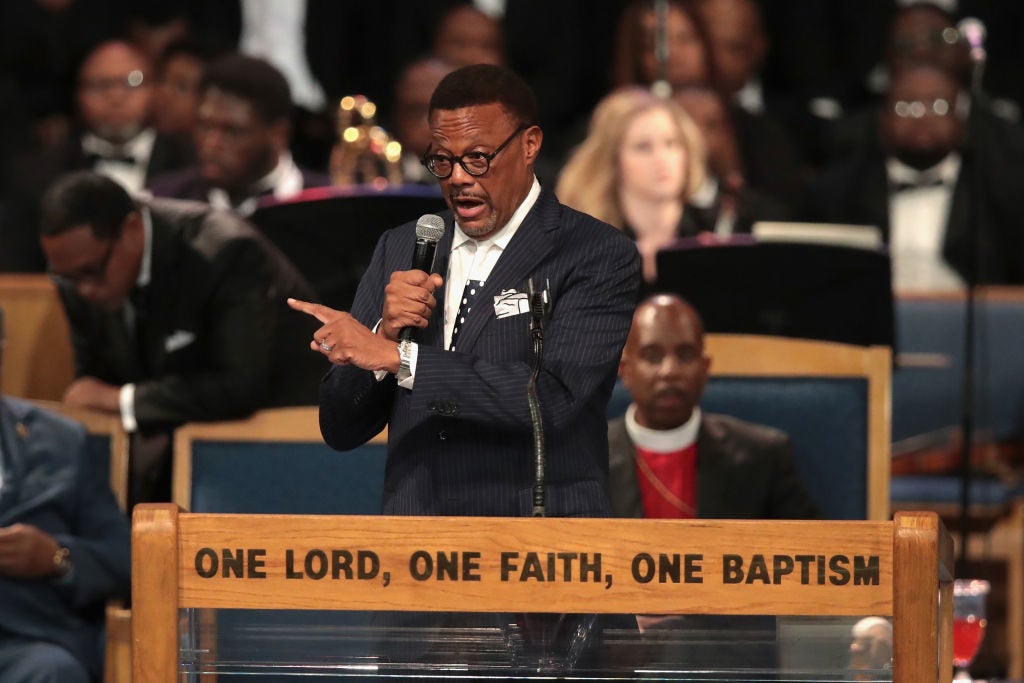 It was discovered in 2016 that the Michigan city’s water became a threat to thousands after officials from the office of Michigan Gov. Rick Snyder approved funneling of water from the Flint River for resident’s supply. For almost five decades, Flint drew its water from the city of Detroit’s water system, but concerns about high prices from Detroit helped lead to a switch, The New York Times reported. In April, Snyder announced that the state would stop providing free water bottles to residents of Flint, despite protests from the city’s leaders. Snyder said that the water quality had “tested below action levels of the federal Lead and Copper Rule for nearly two years.” Mathis said he and Franklin talked about the distribution of bottled water and he promised Franklin that he was going to have to visit Flint again after initially hesitating. “She said, ‘Yeah Greg, you go back up there and you sock it to ’em,’” he recalled. Watch Mathis talk about his last conversation with the Queen of Soul below:
TOPICS:  Aretha Franklin Judge Greg Mathis