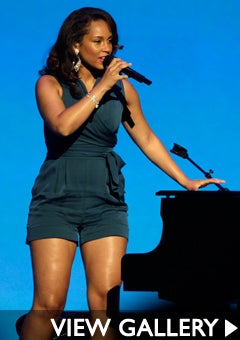 They may have been miles from New York but Alicia Keys put fans in a real “Empire State of Mind” during a performance at the Walmart Shareholders meeting in Fayetteville, Arkansas. The recent ESSENCE cover girl lit up the stage alongside the Black Eyed Peas and celebrity host Will Smith.