By Keyaira Boone · Updated December 6, 2020
Kanan or no Kanan, Curtis “50 Cent” Jackson is still getting the strap and securing the bag at Starz. The network behind Power announced Thursday that the rapper turned media mogul has secured a four-year deal to develop premium content for the growing cable channel through his production company, G-Unit Film & Television. Fiddy expressed enthusiasm about the deal in a statement. “When I sat down with Chris and walked him through my plans for G-Unit Film & Television going forward, he let me know I was essentially requesting the biggest deal in premium cable history,” he said. 50 will be developing scripted and unscripted content as apart of the deal. He will be required to fulfill a three series commitment and in exchange will be granted control over a discretionary fund exclusively for the development of G-Unit projects. The partnership also provides him with a groundbreaking level of access to the Starz and Lionsgate linear and digital platforms, distribution channels, and a stake in the merchandising and licensing of Starz franchises developed under his company’s umbrella. 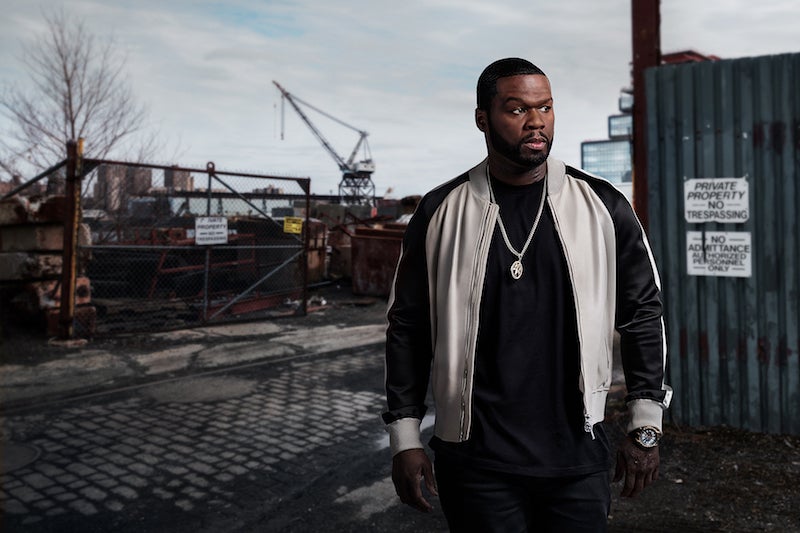 As conversations about equity dominate the media landscape this deal sets a powerful precedent. “I am excited to announce that we’ve made that partnership between myself, G-Unit Film & Television and Starz/Lionsgate and we will continue our proven track record of breaking records and delivering unique content for audiences around the world. Get the strap,” 50 continued in his statement. With highly anticipated projects already in the works, it looks like 50 is wasting no time in reminding us why he’s worth betting on.
TOPICS:  50 cent starz