Destiny Jones has always been ahead of the curve. While most of us spend our late teens and early twenties contemplating career choices, the budding entrepeneur jumpstarted her Lipmatic lip gloss line in 2014 at the tender age of 20.

The niche collection, whose name is inspired by her father Nas’ iconic album Illmatic, has since expanded to include matte and liquid lipsticks, the latter of which debuted earlier this year.

The brand’s eventual success is hardly surprising since Jones inherited a hustler’s spirit from her father and mother Carmen Bryan. And although being a beauty boss comes with its own set of challenges, Destiny makes it look easy, all while establishing an identity outside of her famous parents’ shadow.

During a recent chat with the wise-beyond-her-years entrepeneur, we quickly discovered that the fruition of Lipmatic was literally “destiny” for the 22-year-old, who ultimately got ahead by learning on-the-go.

Lip Gloss Has Always Been Her Thing

Everyone has their “thing” and for Destiny, it’s always been lip gloss. As a child, she reveled in making homemade lip kits, which would eventually serve as the inspiration for Lipmatic.

“Around 17 is when my mom was telling me, ‘You know, you should come out with your own line because now is really the time. Your generation, they’re their own bosses, doing their own thing. Nothing can really get in your way if you’re doing what you love,'” she told ESSENCE.

“So that’s when I started taking it seriously and doing my research on what ingredients I want and what would be the healthiest, most beneficial things to put in my lip products. From there, I just hit the ground running.”

She Knows Her Stuff

The consumer’s need for transparency has undoubtedly motivated brands to divulge what’s in their products (cue the onslaught of ‘green beauty’). A naturally inquisitive Jones made sure that she actually knew what would be going into her lippies and wouldn’t need to worry about backlash later.

“After doing some research and seeing some of the things that are in lip gloss and what makes it sticky, what makes it gunky, I just knew that I definitely wanted a lip product that was smooth and moisturizing,” she told ESSENCE.

“Our lip glosses being organic was the best way to do that. Some of the ingredients we have are vitamin E, Shea butter, cocoa butter, vanilla extract, sunflower seed oil and things of that nature that are natural and healthy for your lips.” 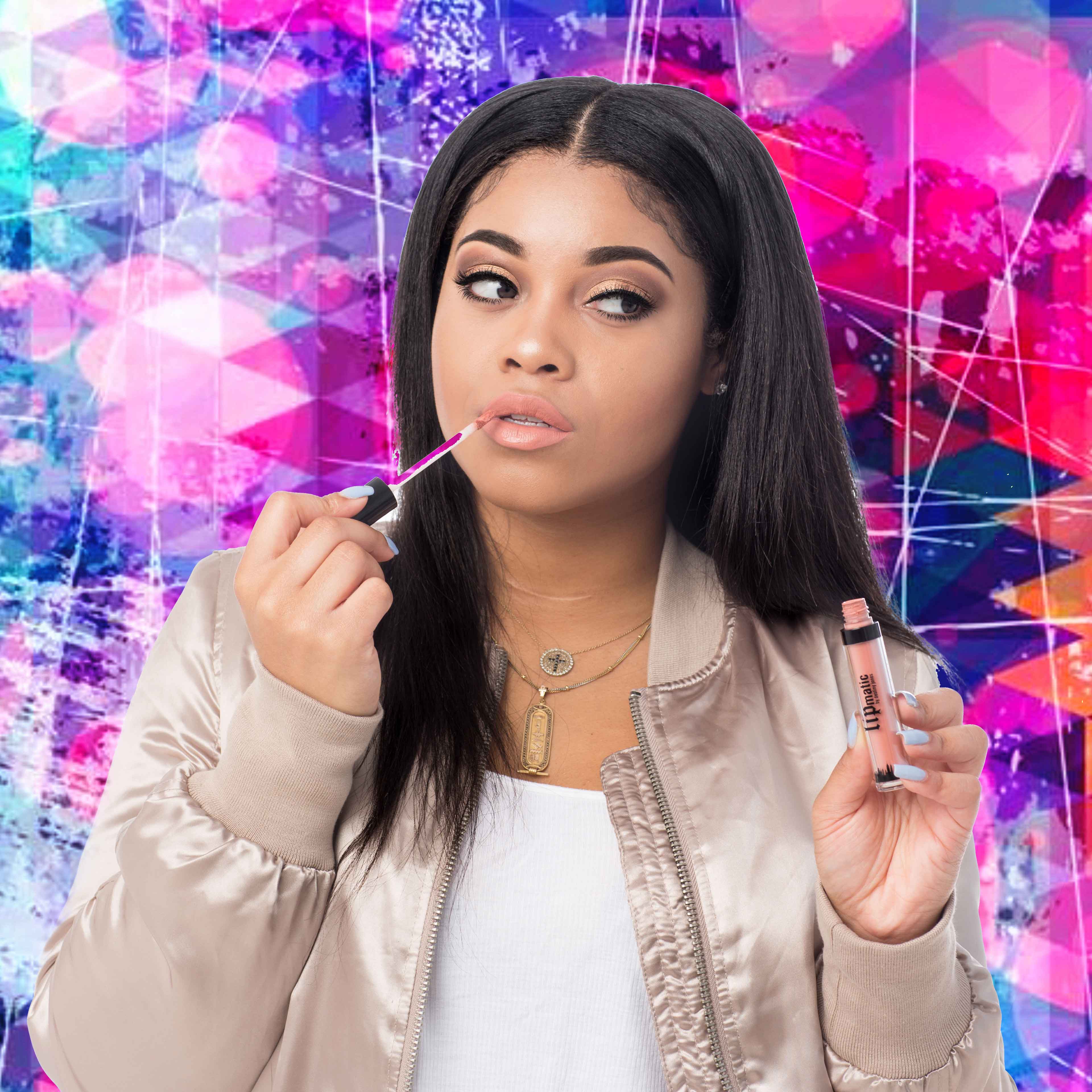 Number Crunching Is A Necessary Evil

Because Jones was just a teenager when Lipmatic became a reality, her biggest lessons have been learned on-the-go. While many would assume she leaves the boring stuff to executives, number crunching is actually a part of her daily routine.

“You’re literally managing your own accounting and crunching numbers, figuring out what makes the most sense, what’s worth investing or what you need to wait a couple months before you do; it’s a lot of work,” she emphasized.

“Because looking from the outside you think, ‘oh, all you have to do is be creative.’ There’s two sides to it. There’s that number crunching side that can really be a doozy, but it’s worth it to be able to do the creative part and being in charge of my vision coming to life.” 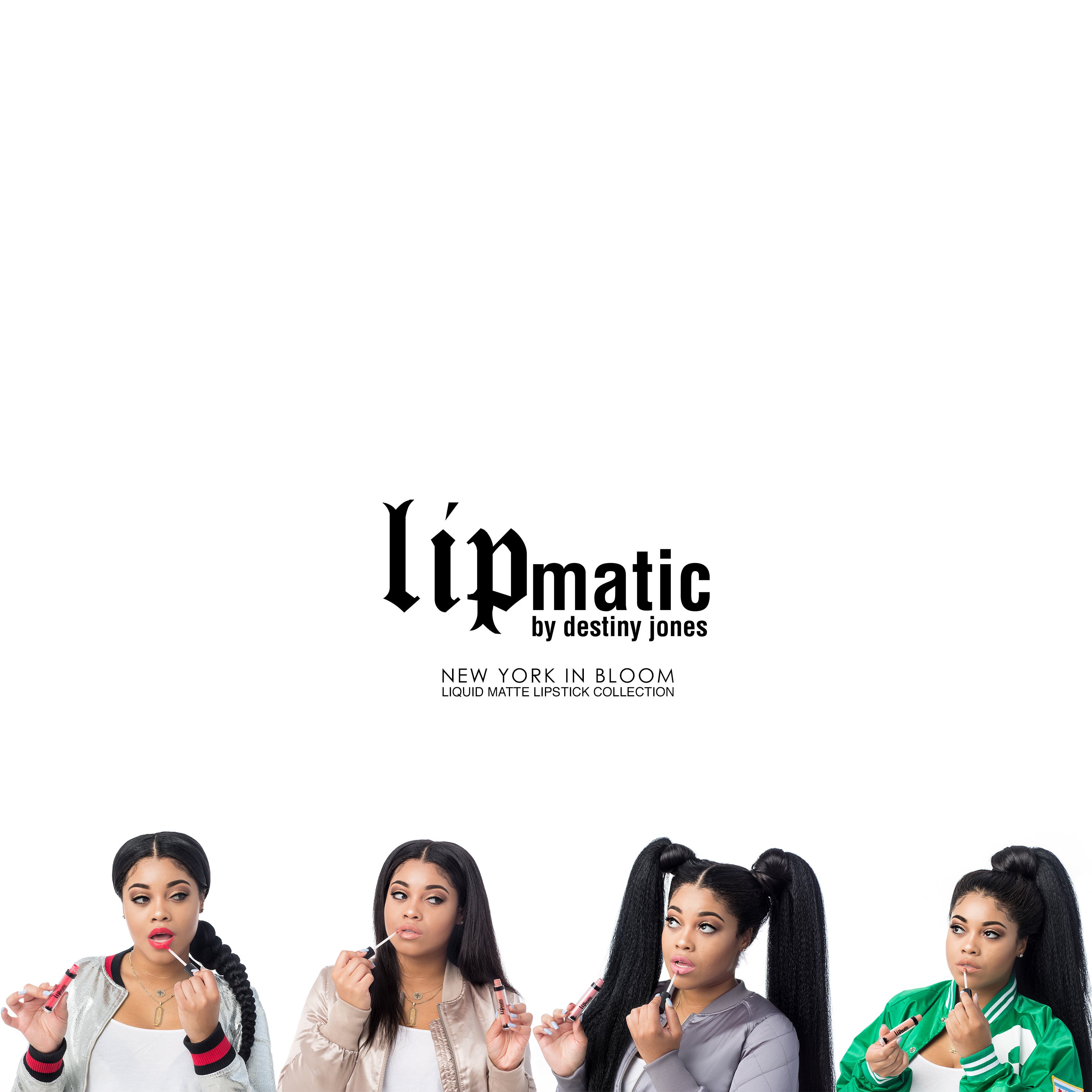 Self Care Is An Important Part Of Business

Of course, managing a successful business isn’t without its fun. Besides getting back to her acting aspirations, Jones has made down time a priority.

“I think it starts with my mental being right which is why I meditate,” she told ESSENCE. “One thing that I really love to do to relax is painting. I actually did my first art show with a friend a couple of months ago and I put four of my paintings in and I got such good feedback. I was so nervous.”

Her self care routine also includes plenty of pampering, something fellow beauty junkies can definitely relate to.

“There’s something about getting your brows, your nails, your lashes done that really just brings out that confidence and makes you want to go out. I like to pamper myself physically as well. Don’t get me wrong, the gym is definitely a new thing for me. Like I just started yesterday (laughs).”

Her Parents Have Always Been Supportive

Jones’ blueprint for success began long before Lipmatic existed, thanks to parents that not only lead by example, but encouraged her to do the same. 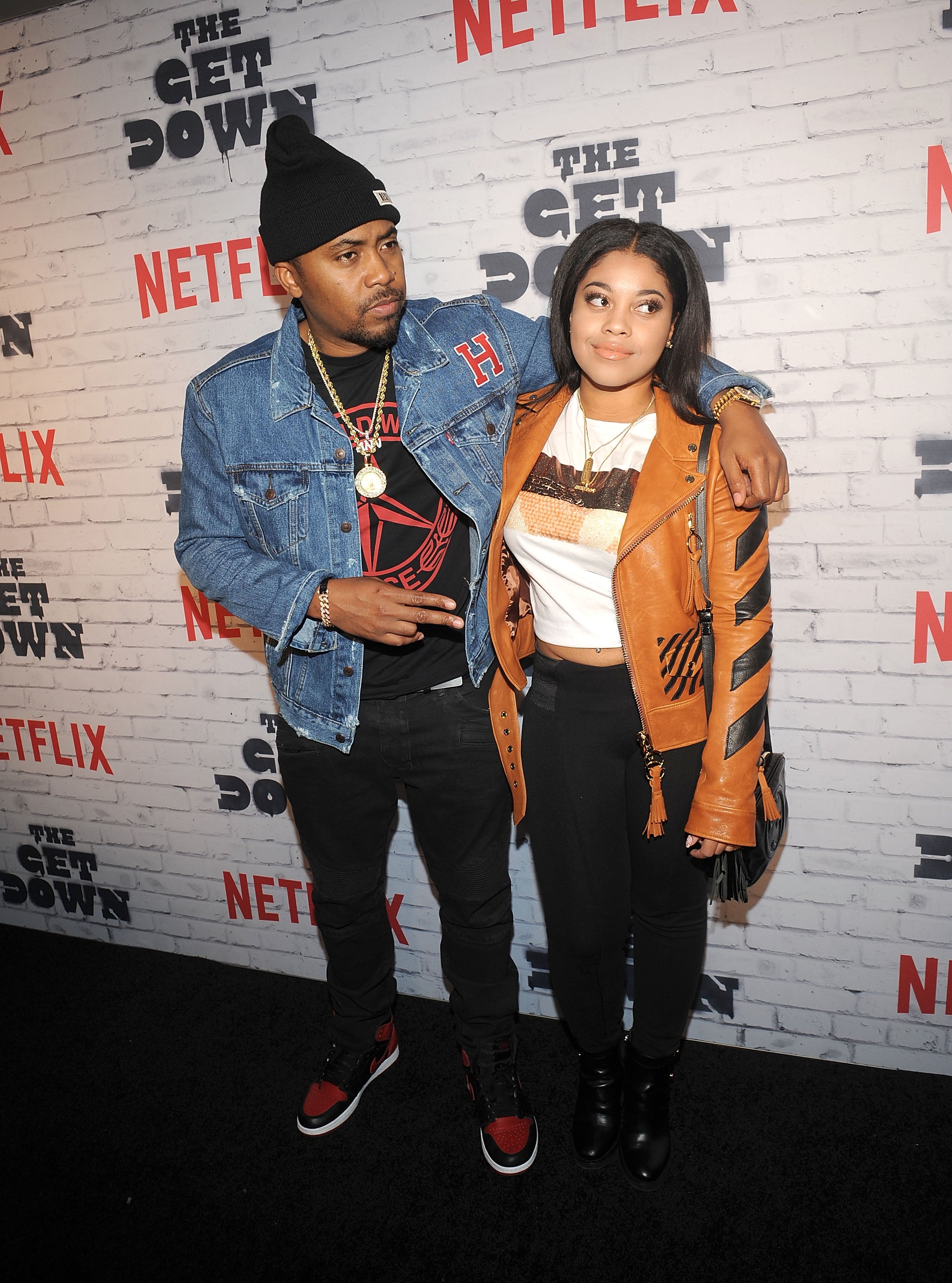 Nas and his daughter Destiny Jones spend some quality time together as they attend "The Get Down" Part 2 New York Kickoff Party.

Speaking on her father’s influence, Destiny tells ESSENCE, “At a very young age my dad would always tell me, ‘You’re going to be a little businesswomen one day. You’re going to have a business.'”

“I think he definitely put that in my head…so then as I was a teenager, I started doing theater and decided I wanted to be an actress. But I know that acting jobs come and go, so I definitely wanted to have a business to keep me afloat.”

Happiness Is A Major Key

To say running your own business is a committment would be a massive understatement. With that being said, it’s important to ensure that what you’re doing is actually leaving a smile on your face.

“You could end up making a lot of money off of something, but if it’s not something that makes you happy, then you’re not going to be satisfied,” Jones concludes. “If you’re doing something that you love and that you believe in, then you’ll never work a day in your life. No matter what I’m doing, I make sure that I’m passionate about it and I’m giving it 100%; my blood, sweat and tears to get the best outcome.”