By Nikki Brown · Updated October 26, 2020
Makeup enthusiasts will say contouring is dead, but we’re not afraid to admit that a little highlight/bronze action does wonders for our complexion and cheekbones. It’s the strenuous application process that really makes us groan; who has time to draw lines all over their face?! And you have to blend it all, too? No thanks! Thankfully, we’ve evolved past “overdoing it” and can look to minimalist beauties like Solange for guidance. She’s a beauty inspiration, simply because she is unapologetically herself. Unafraid to adorn her hair in throwback accessories or wash her eyelids in vibrant shadow, the award-winning singer constantly motivates us to throw all caution out the window and wear what makes us happy. 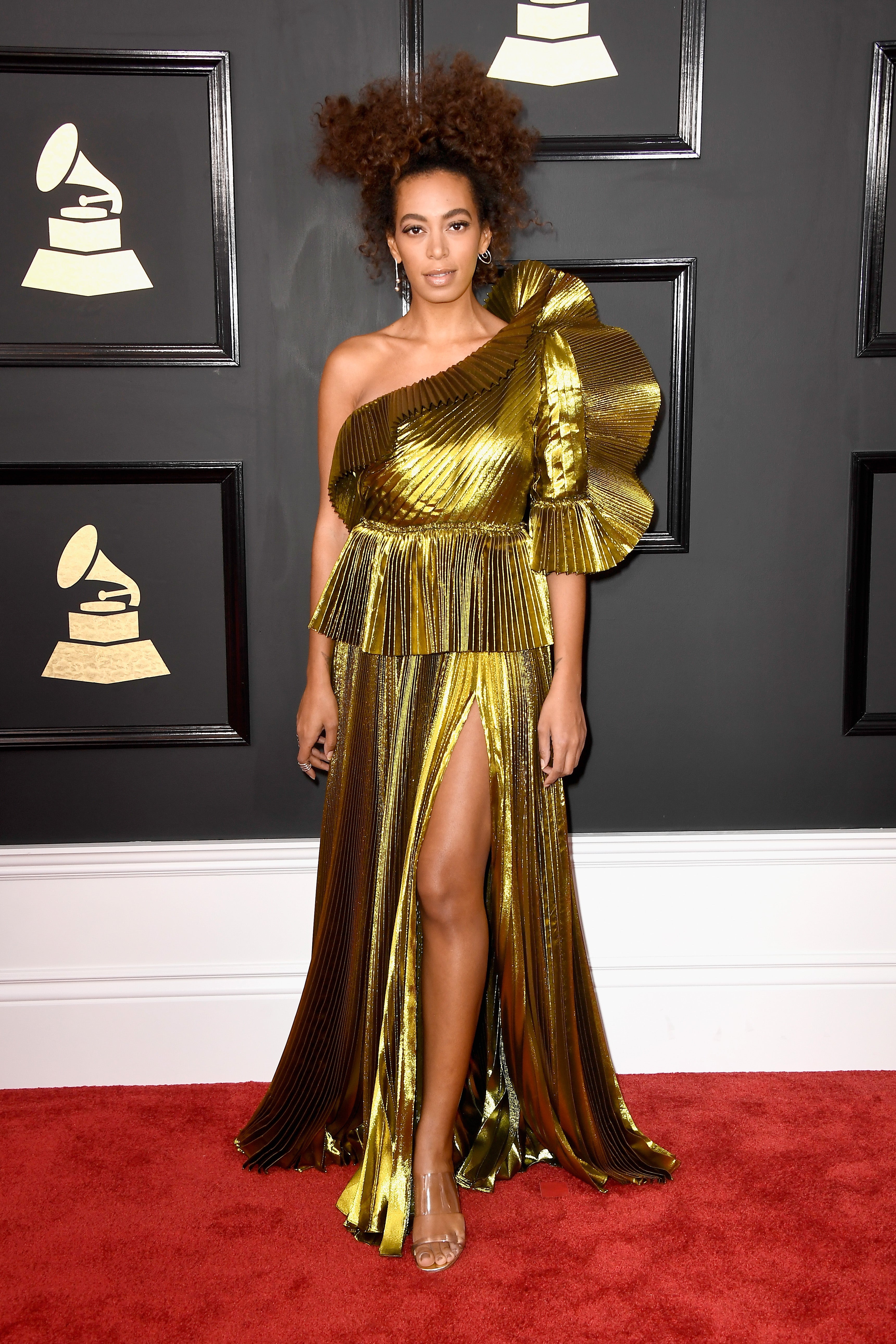 Solange arrives in style at the 59th GRAMMY Awards in Los Angeles.

This past weekend, Solo continued her beauty triumph at the 2017 Grammy Awards, where she not only picked up a trophy for “Best R&B Song,” but won the red carpet in barely-there makeup, a rarity for music’s biggest night. While most celebs usually pull out their longest lashes and vampiest lipstick, the “Cranes In The Sky” singer made an equally bold impression by wearing minimal products. Subscribe to our daily newsletter for the latest in hair, beauty, style and celebrity news. According to her makeup artist for the night, Dana Delaney, they consciously made that decision, in an effort to not clash with her high volume curls and gold gown. “It’s hard to draw inspiration because she’s such an inspiration herself,” she told ESSENCE.  “For her, it’s always about being herself. She doesn’t like a lot of makeup, but always has some sort of element of creativity.” 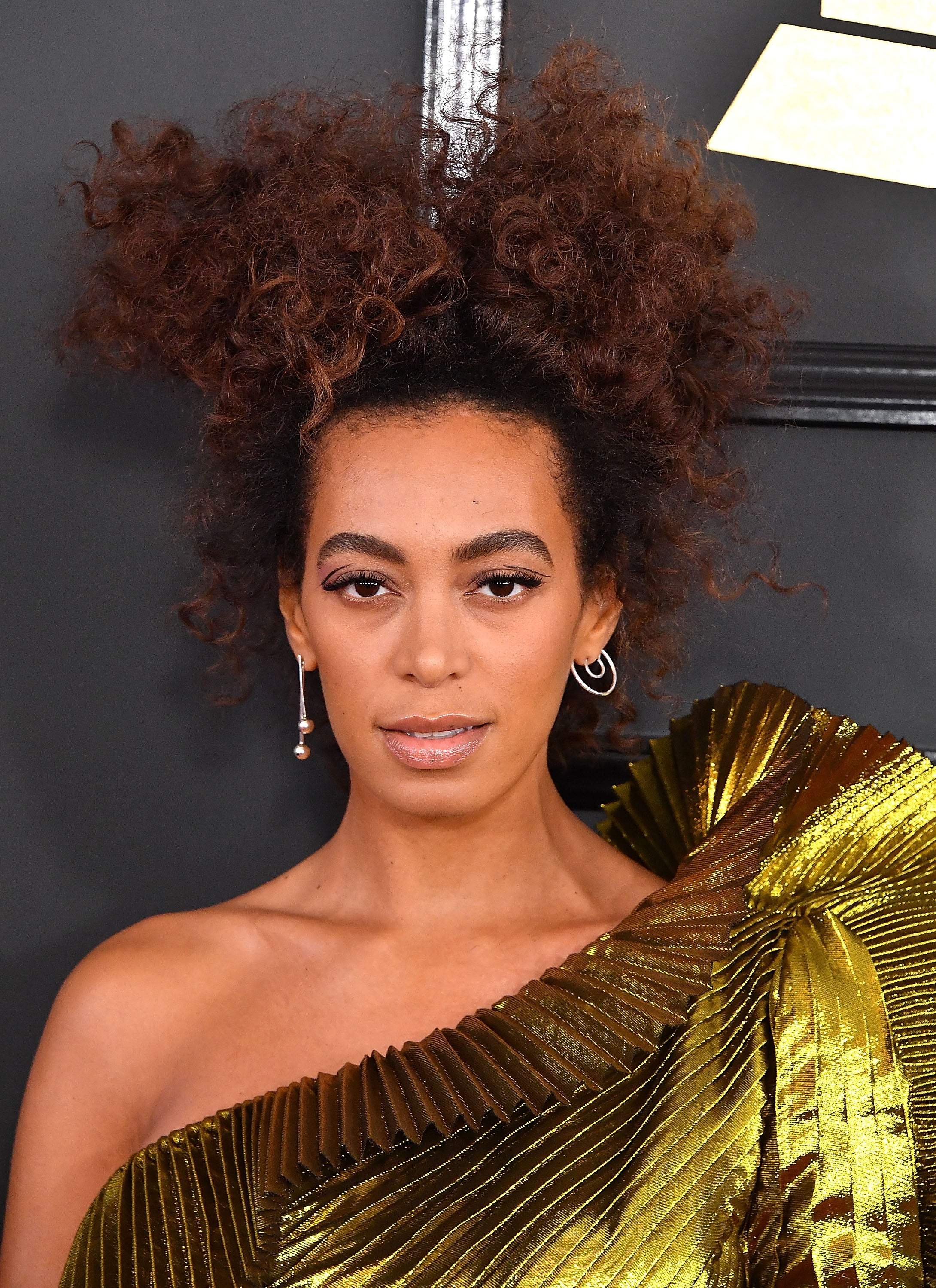 Solange went the ethereal route for her Grammys hair look, which had us dropping all the heart-eye emojis in our group chats. With a halo of brown textured loose waves, the "Cranes In The Sky" crooner was the definition of carefree black girl #goals. Get her look with Mayvenn's Deep Wave in 14" and 16".

The standout elements for Grammy night were two tiny slits of black liner across the eyelids, a last minute decision Solo made before heading out the door. The rest of her makeup is a lazy beauty’s dream, concocted from a mix of radiant foundations, bronzer, mascara and lip tint. 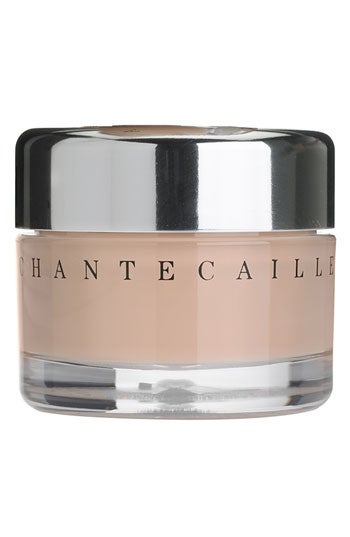 available at Nordstrom $76 Buy Here
For darker skin tones, “there’s a fine line between looking washed out or not,” so Delaney recommends using more than one shade of foundation for our various undertones. For Solange specifically, she used two different versions of the Chantecaille Future Skin Foundation ($76, nordstrom.com) to create a natural-looking contour without all of the extra work. “I used a lighter foundation (Banana) in the center of the face to brighten. And I put a deeper foundation (Suntan) through the hollows of the face; below the cheekbone and through the forehead.” 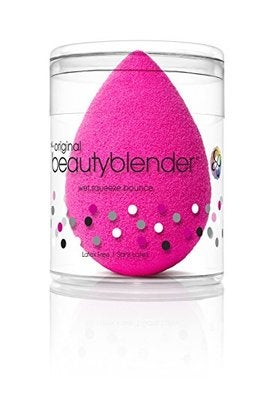 available at Sephora $20 Buy Here
If you really want to pull off the illusion of higher cheekbones, skip the blush and sipple a mix of bronzer and highlighter to the tops of your cheekbones with a Beautyblender ($20, sephora.com). Also keep in mind that hydrated skin dictates how smooth your makeup will look, so be sure to moisturize before grabbing a brush. Delaney also recommends testing your foundation in natural light before committing to a brand. “For Black women, it’s really easy to go too red or too yellow,” she told ESSENCE. “I would test one along the jawline and through the side of the nose because that’s where you’re going to find the lighter undertones in the skin. And you don’t need to put foundation everywhere either; just where you need the coverage.” 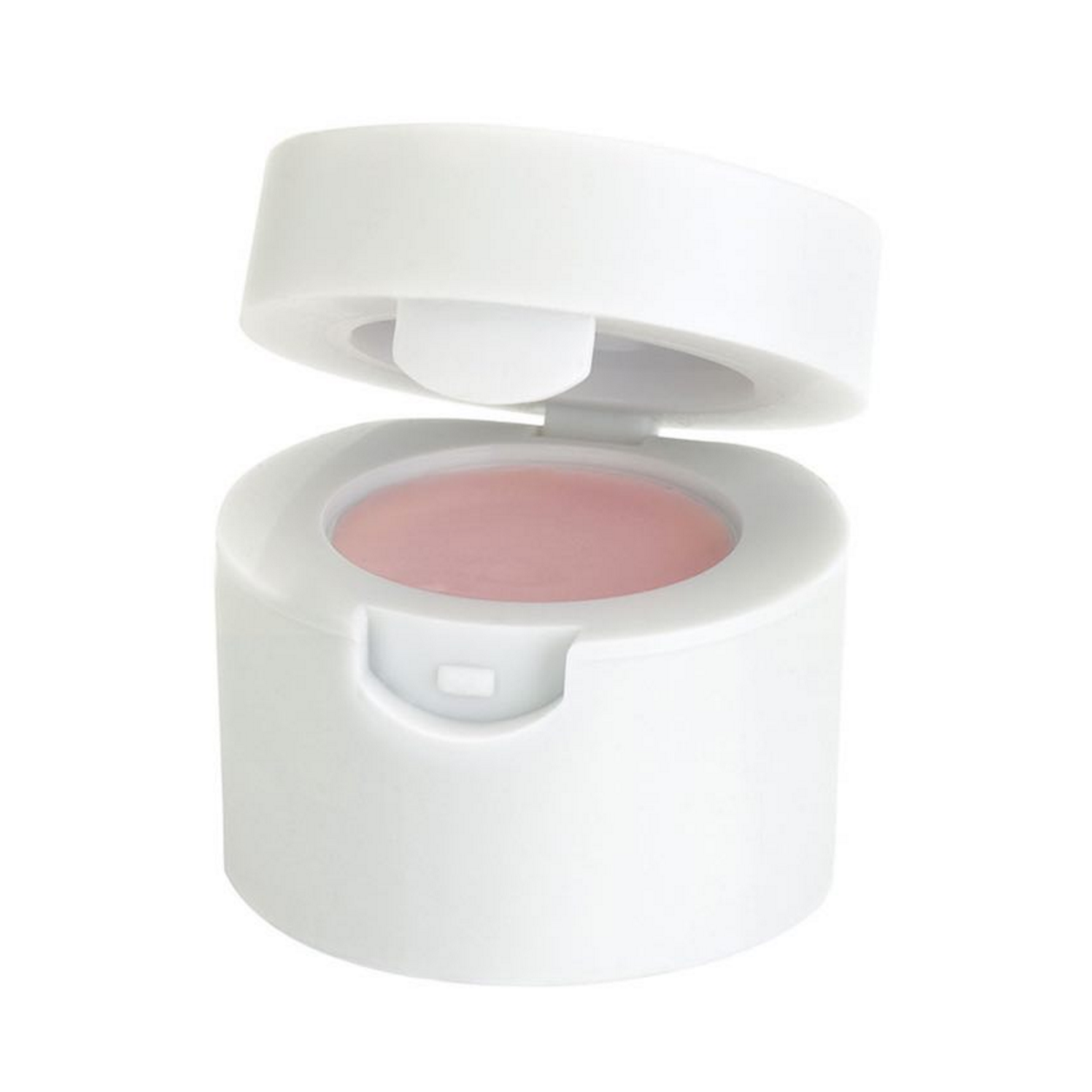 available at Nordstrom $44 Buy Here
If you want to go full on Solo with your “no makeup” makeup, be sure to copy her perfect nude lip color by blending Chantecaille’s Lip Potion (above; $44, nordstrom.com) and Lip Chic in Gaia ($36). “Ethereal with an edge” is officially our new makeup goal.
TOPICS:  Celebrity Looks Solange Knowles