By Jasmine Grant · Updated December 6, 2020
Amandla Stenberg is the youngest honoree at this years ESSENCE Black Women In Hollywood event, held Thursday. During her speech, we realized exactly who this old soul gets her wisdom from: her grandmother. Although Stenberg’s grandmother passed away before she was even born, she recalled onstage while accepting her honor feeling touched by her grandmother’s undeniable presence. “Sometimes I would get sad because there was something about my grandmother’s invisible presence that sometimes felt so heavy,” she said. “I would think about the pain I knew she had experienced within her lifetime, and how sometimes I felt I could see this pain as a shadow that fell across my mother’s life. I wondered if I was destined to inherit that shadow.” Wondering if she’d inherit the same generational pain or be able to expel it once and for all, Stenberg concluded that the answer is somewhere in between. In this journey of lineage and self-discovery, The Hate U Give star said she understands that she isn’t alone. 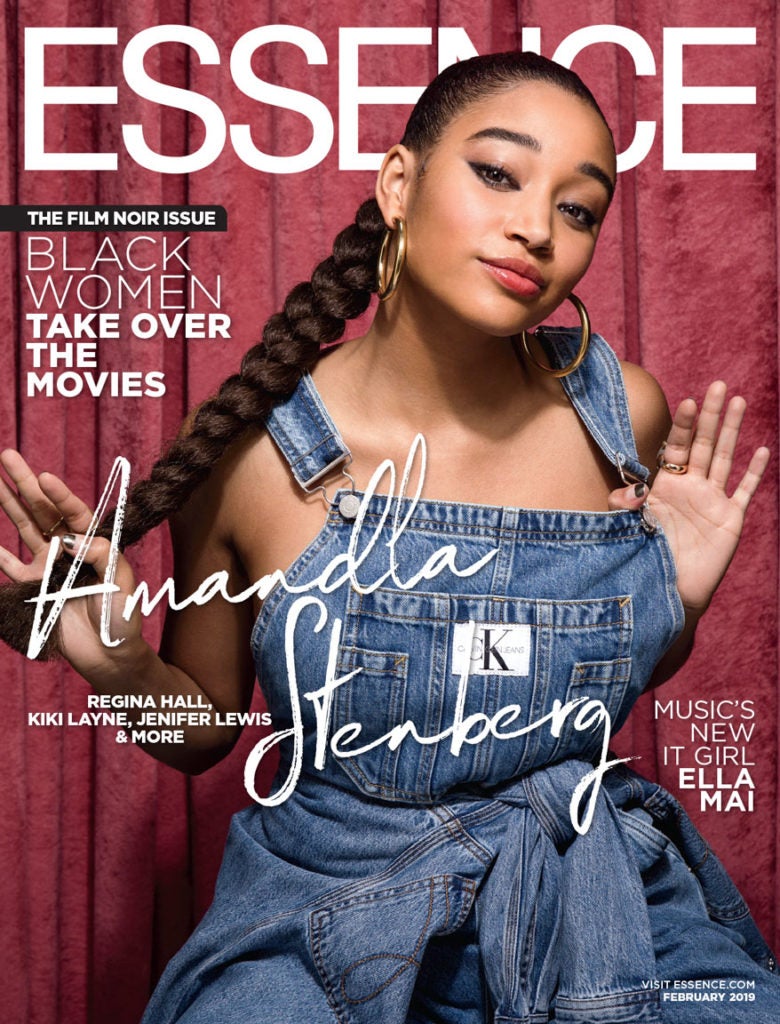 “Sometimes it may feel like we carry a lot of weight, but it is because we have roots that run deep into the earth. We are gifted with a knowingness that often doesn’t even need words,” she explained. Stenberg encouraged Black women to tap into sisterhood through life’s most trying times. “No matter what we faced, we are wrapped in our [ancestors protection]. Whether we find it in each other or through the circle of sisters which hover in the heavens with their hands linked and their hearts in prayer, we are apart of the richest tapestry.”
TOPICS:  Amandla Stenberg black women in hollywood essence The Hate U Give