The 2019 ESSENCE Festival is just months away and you already know we’re doing it bigger than ever to celebrate 25 years of moving the culture forward!

In addition to our nightly concert series, which will see performances from over 80 of the biggest names in music at venues across the city of New Orleans, at the core of the Festival is our dynamic daytime programming.

Previously held primarily at the Ernest N. Morial Convention Center, this year, our daytime experiences will also expand to several locations across the city of New Orleans as we usher in a new era in celebration of our 25th year. Daytime programming will include keynote addresses, panel discussions, tutorials, fashion showcases, exclusive screenings and interactive conversations from our nation’s revered politicians, community leaders, beauty experts, activists, entertainers, business executives, entrepreneurs and journalists.

Over the course of the 4-day Festival weekend, these experiences will hear the thought leaders of today tackle topics that matter most to our communities, including representation in media, economic empowerment, inclusion in fashion & beauty, women’s rights, criminal justice reform, family dynamics, community activism, financial management and more.

This year’s daytime programming lineup for the ESSENCE Power Stage (formerly the ESSENCE Empowerment Experience) includes broadcast journalist and activist Jemele Hill, Congresswoman IIhan Omar, actor and activist Terry Crews, life coach extraordinare Iyanla Vanzant, Grammy Award-winning entertainer Pharrell Williams, New Orleans Mayor LaToya Cantrell and many, many more. Scroll through for a first look at the speakers who have been announced so far. More names to be revealed in the coming weeks!

See you in NOLA!

01
JEMELE HILL
Emmy Award-winning journalist, Jemele Hill is the co-Founder of Lodge Freeway Media and a writer for the Atlantic. Hill was previously the chief correspondent and senior columnist for The Undefeated. Prior to joining The Undefeated, Hill co-anchored SportsCenter. SC6 with Michael & Jemele debuted in February 2017 as a more personality driven approach to the traditional 6 p.m. SportsCenter. In 2018, the National Association of Black Journalist named Hill Journalist of the Year. 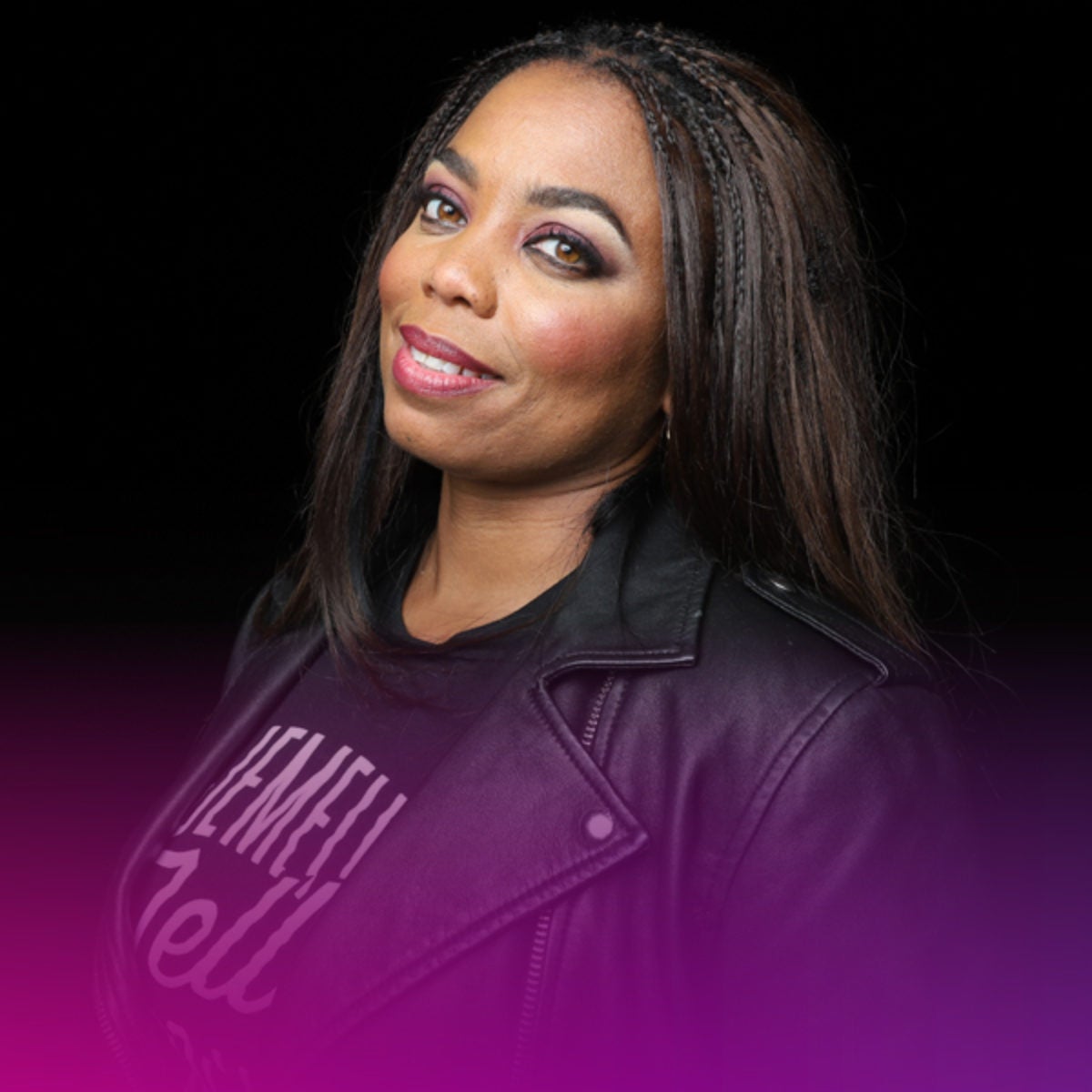 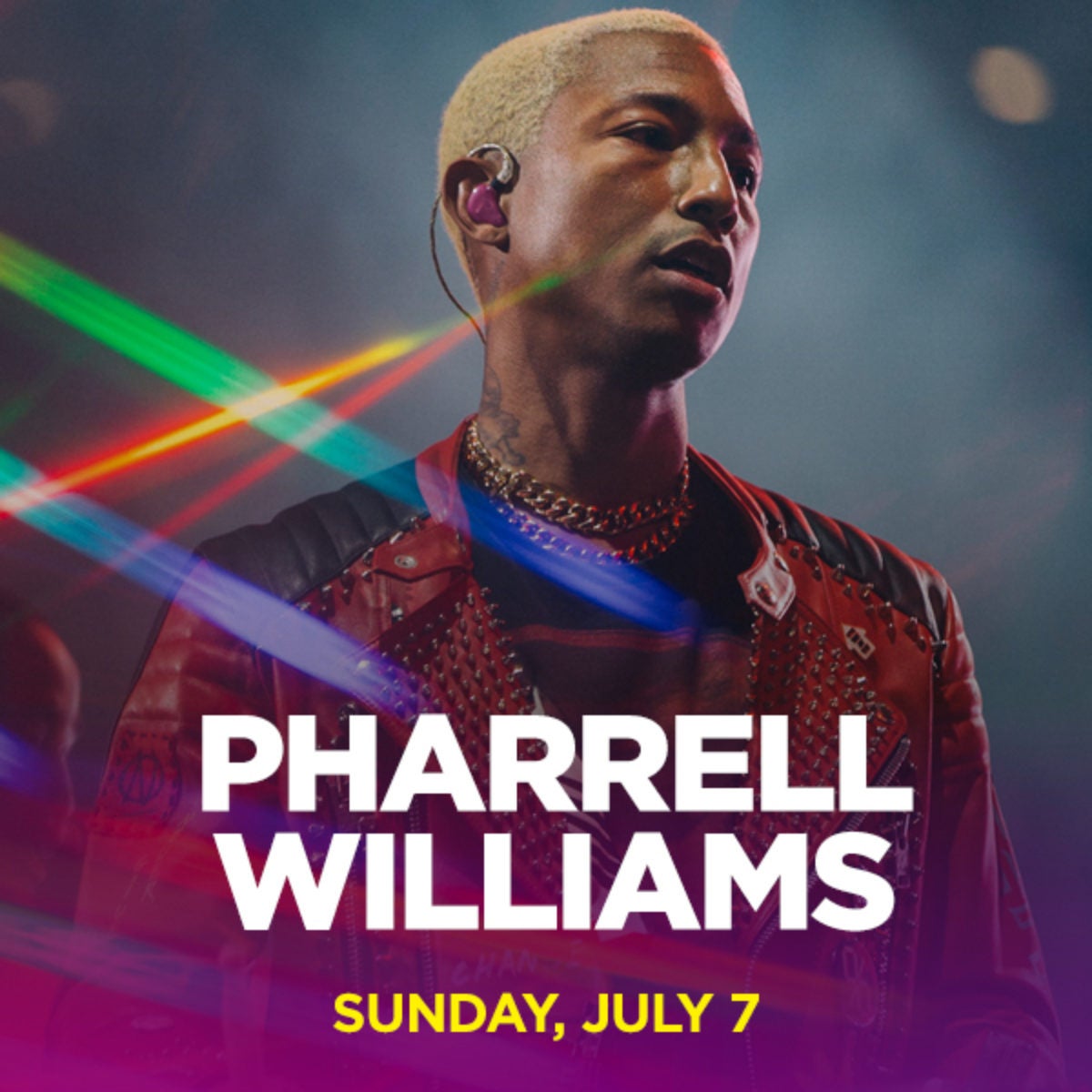 03
CONGRESSWOMAN IIHAN OMAR
Rep. Ilhan Omar represents Minnesota’s 5th Congressional District in the U.S. House of Representatives. Rep. Omar is the first Somali-American Member of Congress, the first woman of color to represent Minnesota, and one of the first two Muslim-American women elected to Congress. Born in Somalia, Rep. Omar and her family fled the country’s civil war when she was eight, and spent 4 years in a refugee camp before immigrating to the U.S. 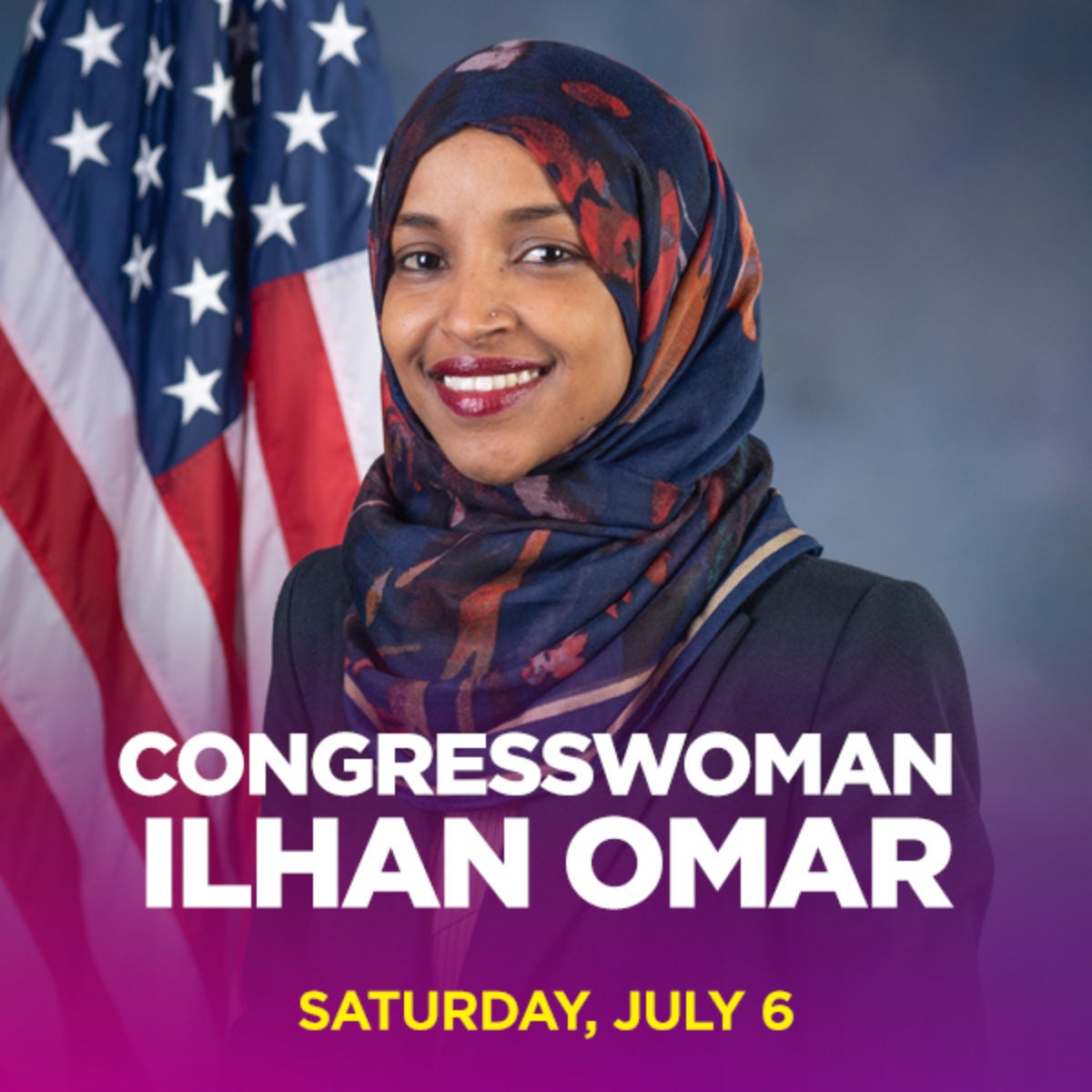 04
TERRY CREWS
Action-movie hero, sitcom star, advertising pitchman, playable video game character, high-end furniture designer, and human rights activist all describe the man that is TERRY CREWS. Crews hosts the #1 competition show America’s Got Talent and America’s Got Talent: Champions on NBC and stars on the NBC series Brooklyn Nine-Nine. Crews was also named one of TIME Magazine’s “Person of the Year” as one of the “Silence Breakers,” speaking out against sexual harassment following the #MeToo movement. 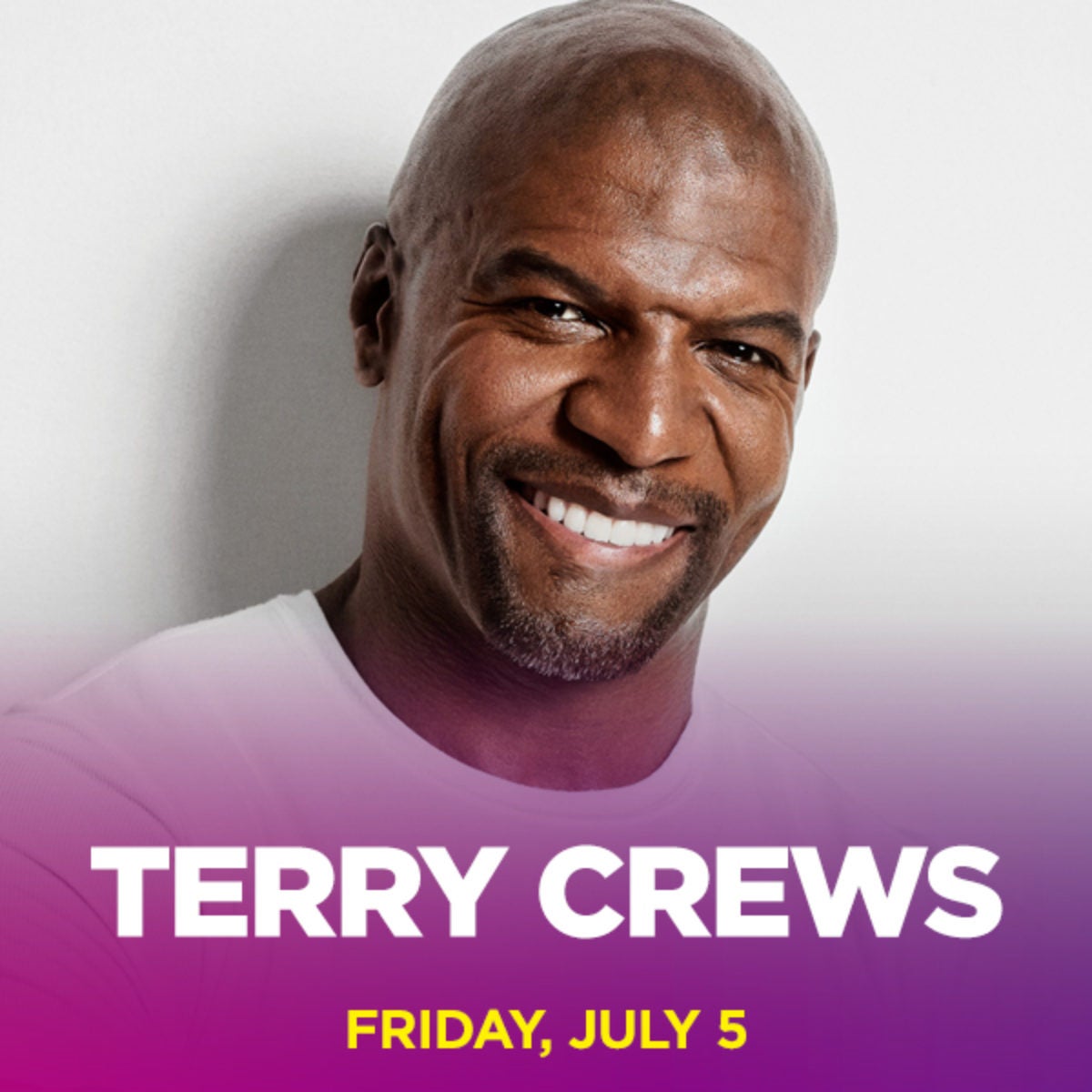 05
ERIKA ALEXANDER
Beloved for the iconic role of Maxine Shaw (Living Single), as well as her roles as Detective Latoya (Get Out), Perenna (Black Lightning) and Linda Diggs (Wutang: An American Saga), Erika Alexander wears many hats, including entrepreneur, creator, producer and trailblazing activist -- an all-around boss. As Co-Founder of Color Farm Media, Editor-in-Chief of The Blackness and Board Member of VoteRunLead, Alexander is on a mission to bring greater equity, inclusion, and diverse representation to both media and electoral politics. 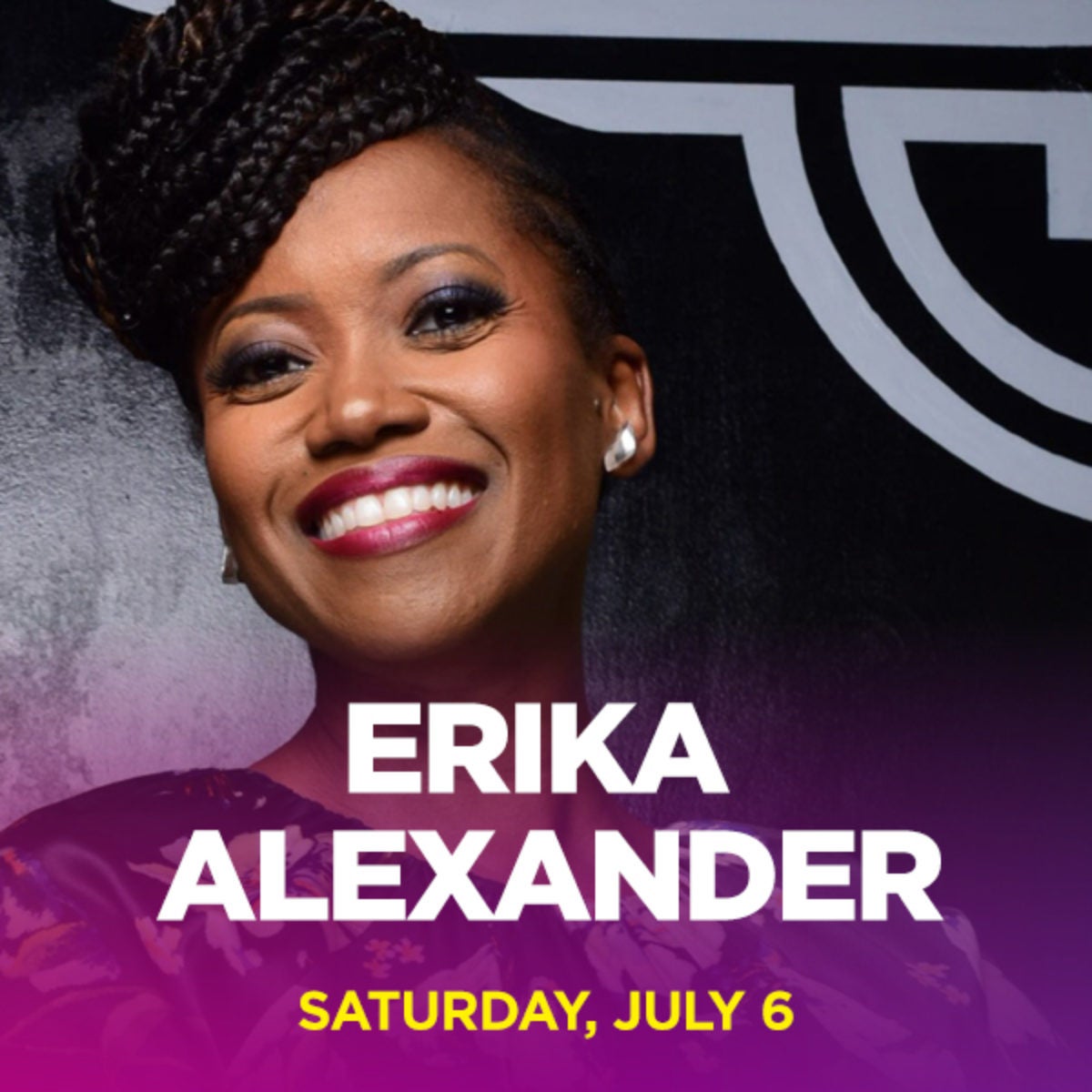 06
REVEREND AL SHARPTON
Rev. Dr. Al Sharpton is founder and President of the National Action Network (NAN). NAN is a not-for-profit civil rights organization that was formed in 1991 and has over 100 chapters nationwide that includes a Washington, DC Bureau and regional offices across the US. Rev. Sharpton has been identified as one of the nation’s most renowned civil rights leaders, who was often praised by President Barack Obama as "the voice of the voiceless and a champion for the downtrodden.” Rev. Al Sharpton hosts a daily syndicated radio show and a national cable news television show on MSNBC. He is also an established author. 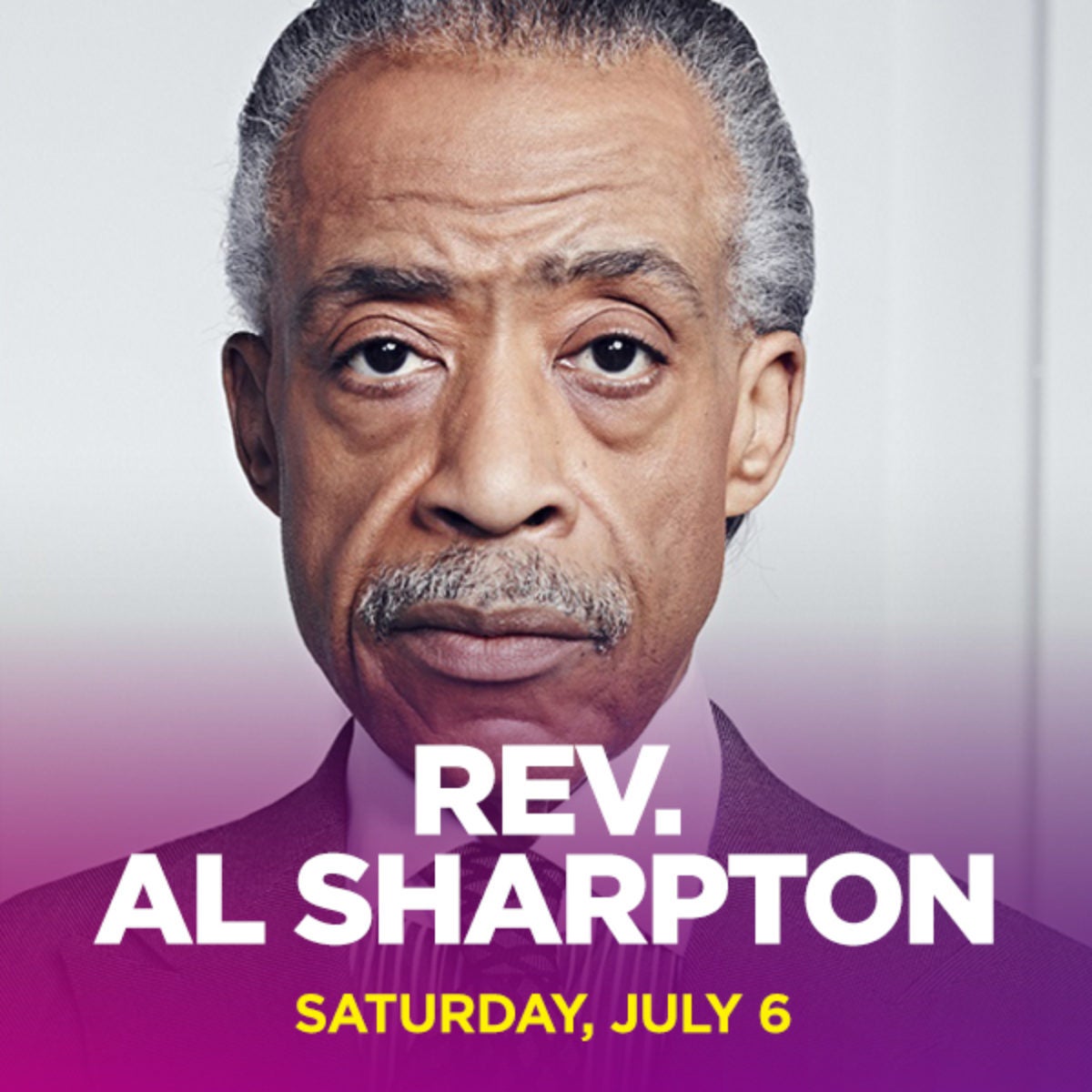 07
DR. JESS
Dr. Jessica Clemons, MD, a NYC-based Psychiatrist, has recently been recognized by Forbes as a leader in making mental health and wellness apart of the current zeitgeist. Dr. Clemons received her medical degree from Weil Cornell Medical of Cornell University and completes her residency training at New York University in June 2019. While her work is primarily in providing direct clinical care, her mission is to reduce stigma associated with mental illness, through her nationally recognized use of social media, primarily Instagram, via @AskDrJess. 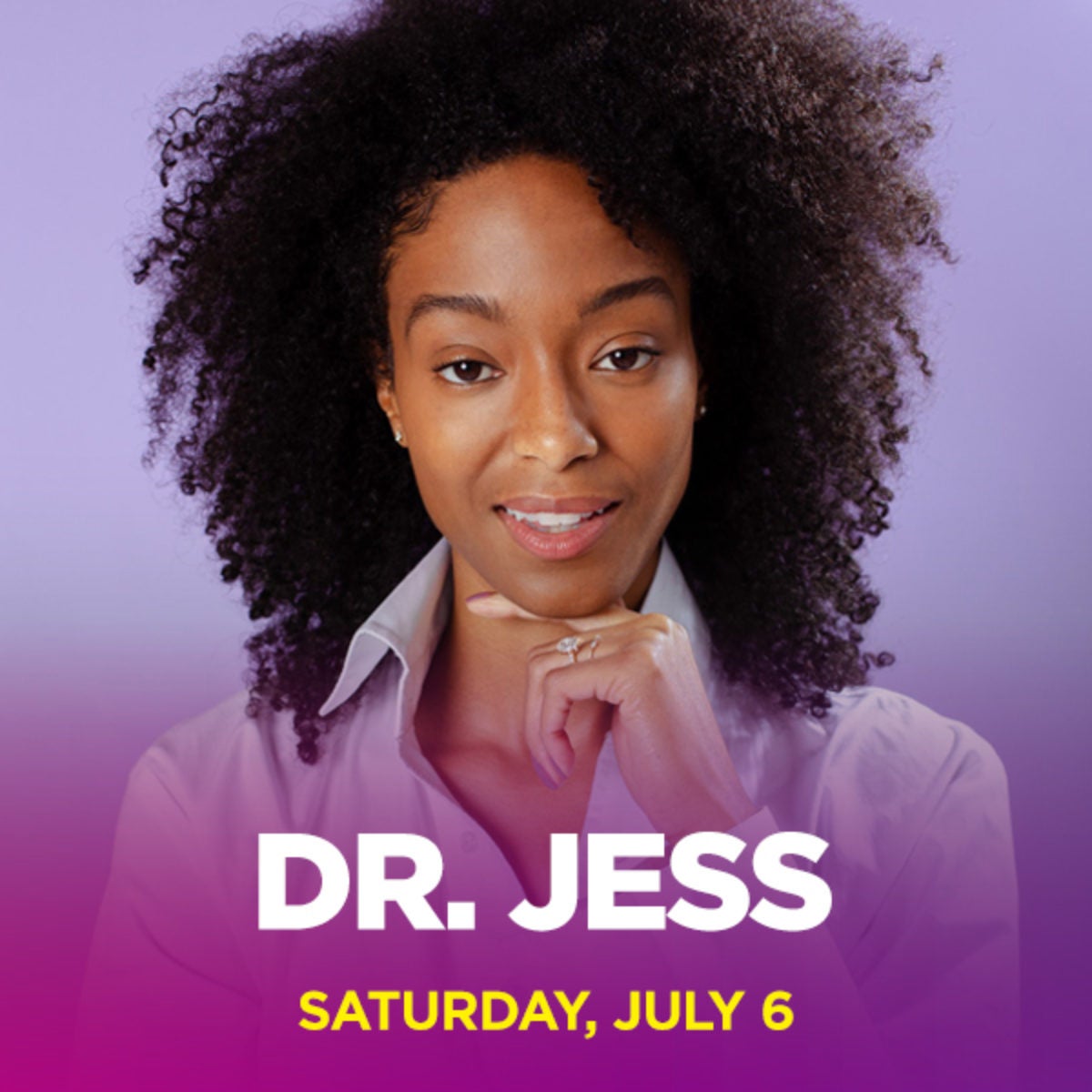 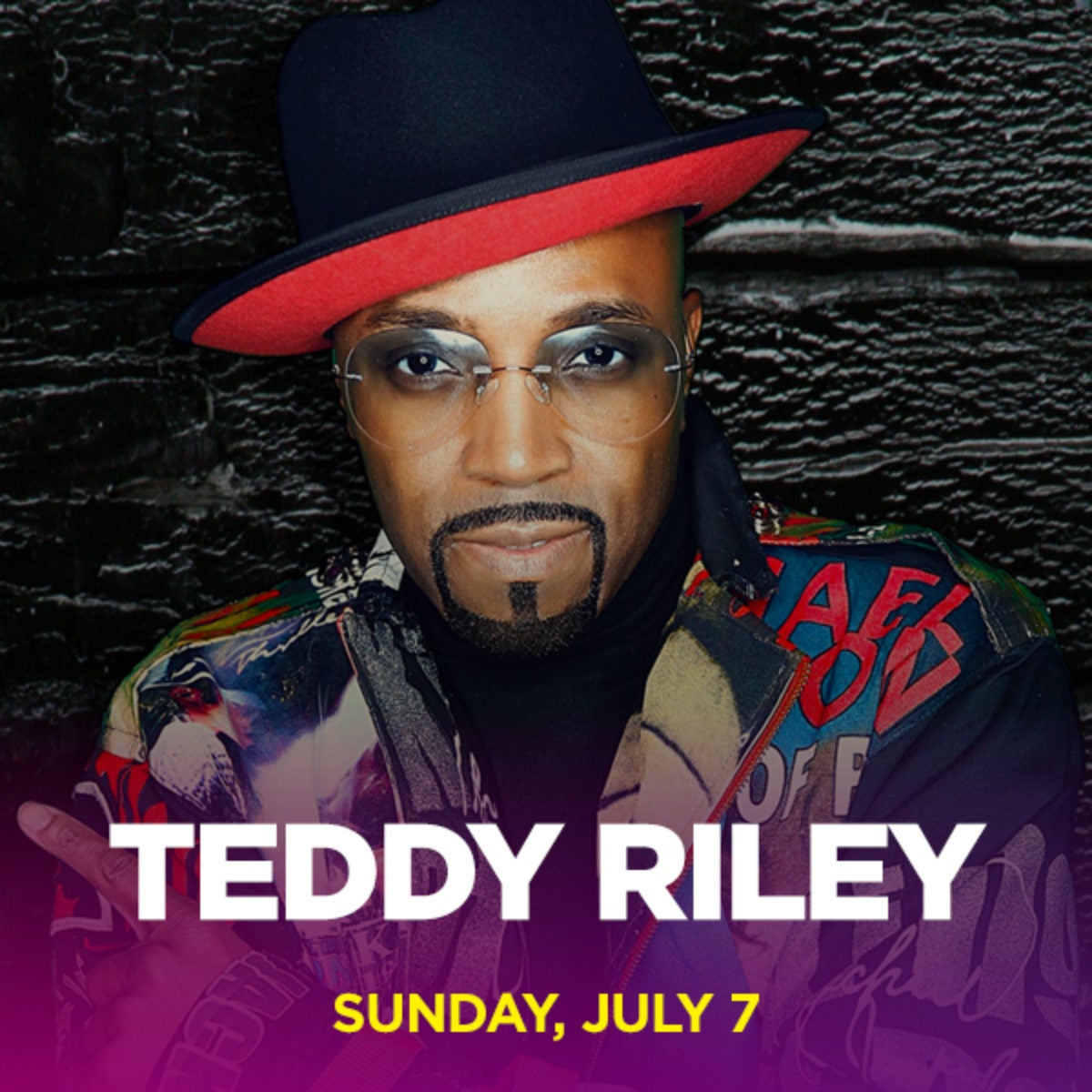 09
MARVET BRITTO
Marvet Britto founded The Britto Agency 25 years ago with no formal training and has built her namesake firm into a branding, communications and marketing powerhouse. The Britto Agency has become a global leader vaulting all boundaries, building masterful brand development campaigns and integrated solutions for major corporations, iconic entertainers, celebrated politicians, superstar athletes, leading faith-based organizations, and coveted Caribbean islands. The Britto Agency is one of the largest, most influential, and longest-operating, black-owned Public Relations and Brand Architecture firms in the nation. 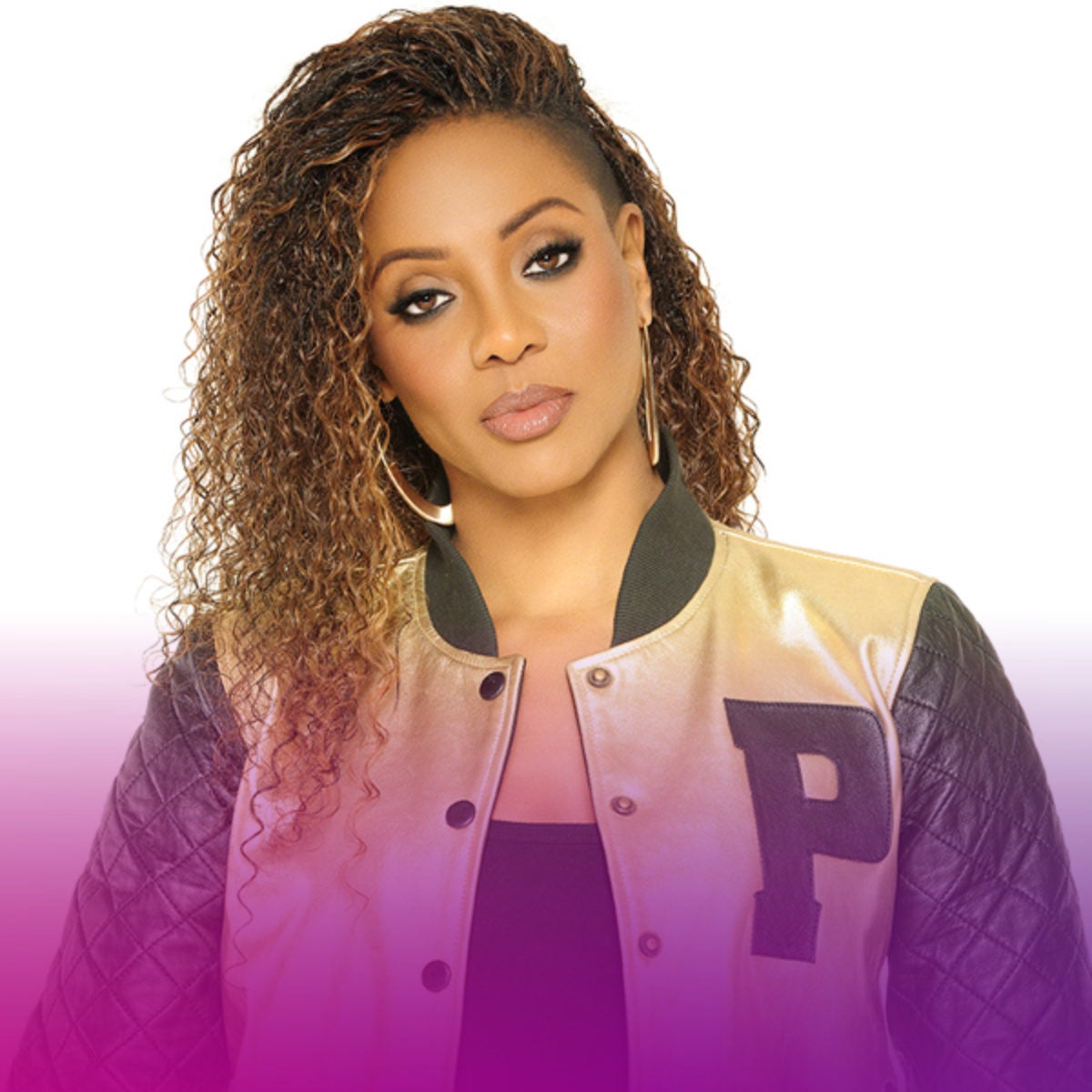 11
ATLANTA MAYOR KEISHA LANCE BOTTOMS
Keisha Lance Bottoms is the 60th Mayor of the City of Atlanta. A daughter of Atlanta, Mayor Bottoms strives to continue the City’s progress as a global leader for human and civil rights. Whether handling a mac-n-cheese social media storm or hosting the world for Super Bowl LIII, Mayor Bottoms’ people-first approach to leadership continues to advance Atlanta’s legacy as a welcoming and inclusive city. 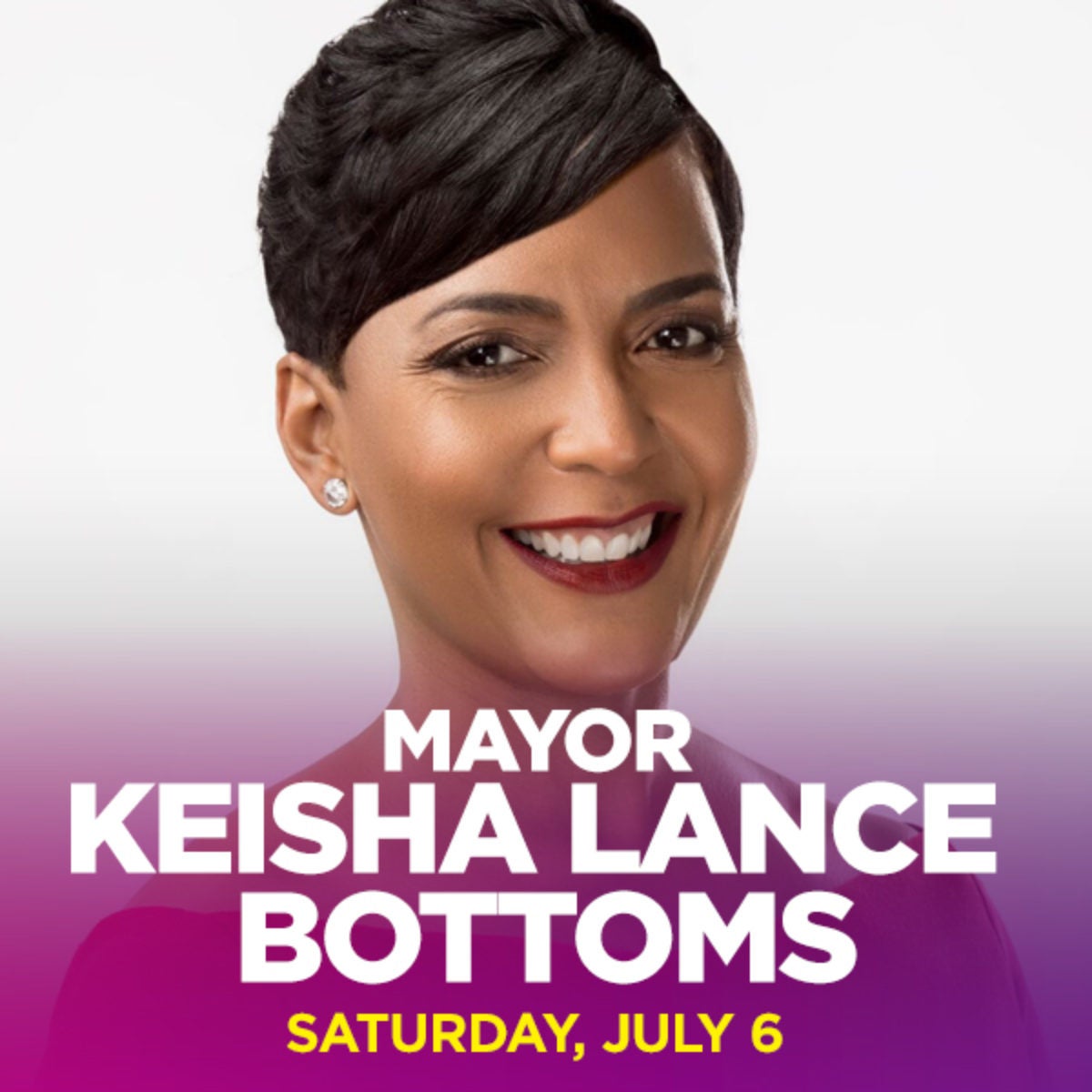 12
FLINT MAYOR KAREN WEAVER
Dr. Karen W. Weaver, elected November 2015, is the first female Mayor of the City of Flint, MI. She is a graduate of Tougaloo College and earned her Ph.D in Clinical Psychology from Michigan State University. She is a member of the MEDC, NAACP, AAMA, and USCM organizations. Mayor Weaver is also a proud member of Alpha Kappa Alpha Sorority, Inc. Zeta Beta Omega Chapter and a life-long member of Vernon Chapel AMEC. She has been married to Dr. Wrex Weaver for 31 years. The couple share three adult children, Adrienne, Alanna, and Douglas. 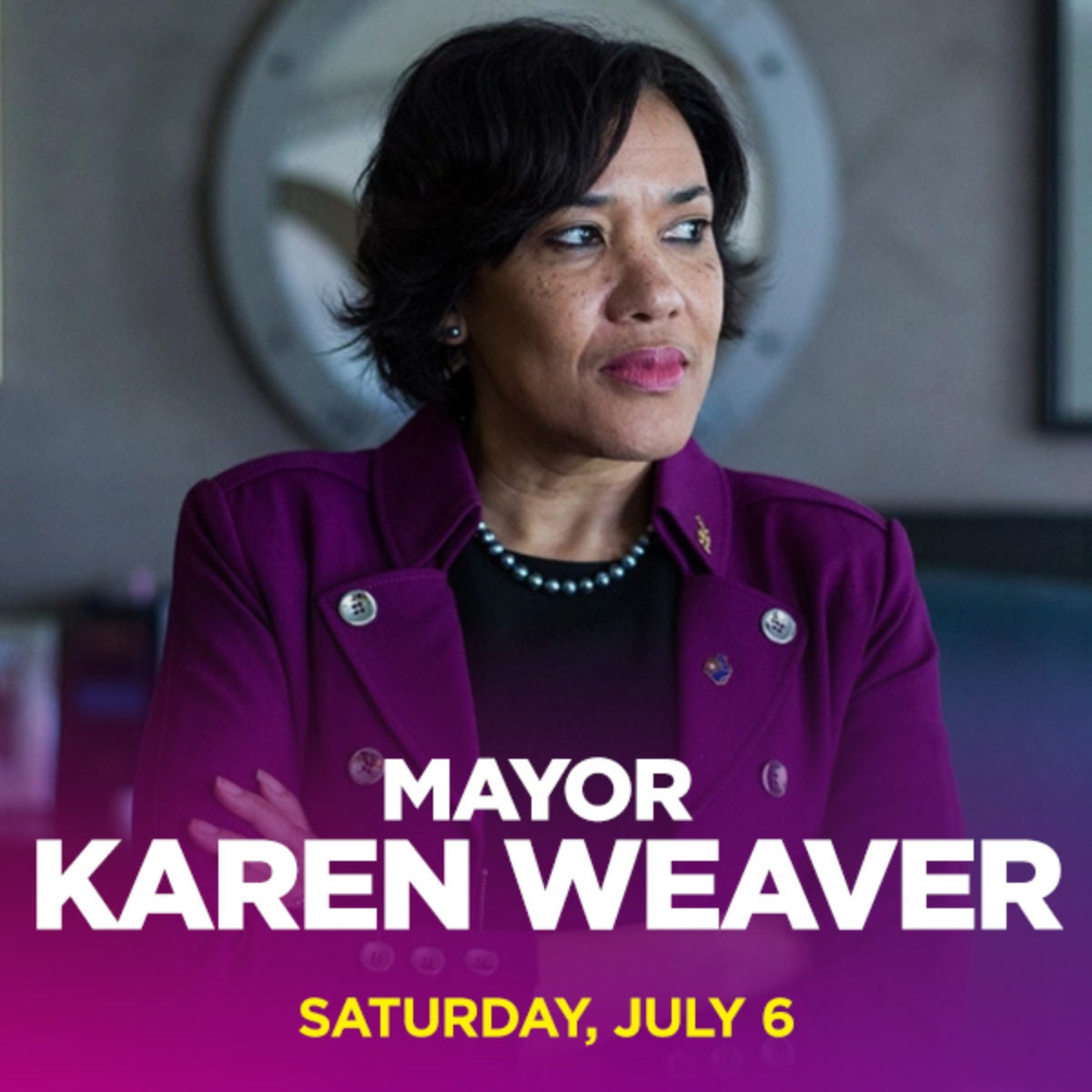 13
BATON ROUGE MAYOR SHARON WESTON BROOME
Sharon Weston Broome was sworn in as the Mayor-President of the City of Baton Rouge and East Baton Rouge Parish on January 2, 2017. She is the first woman to be elected leader of Baton Rouge, Louisiana.n During her time in office, Broome has placed a heavy focus infrastructure, public safety, economic growth, and education, among many other areas. Broome has served as a Baton Rouge Metro Council Member, a Louisiana State Representative, and a Louisiana State Senator. 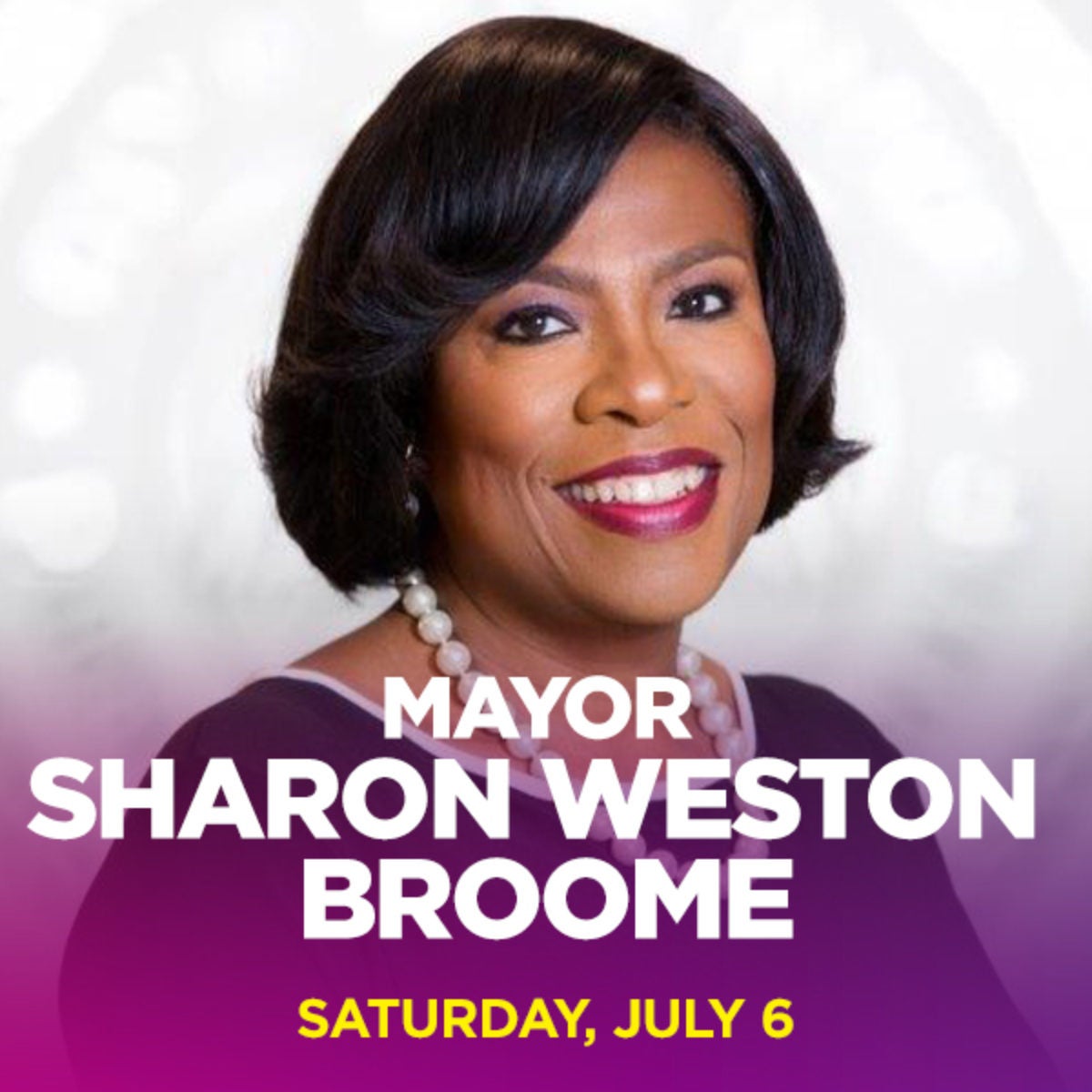 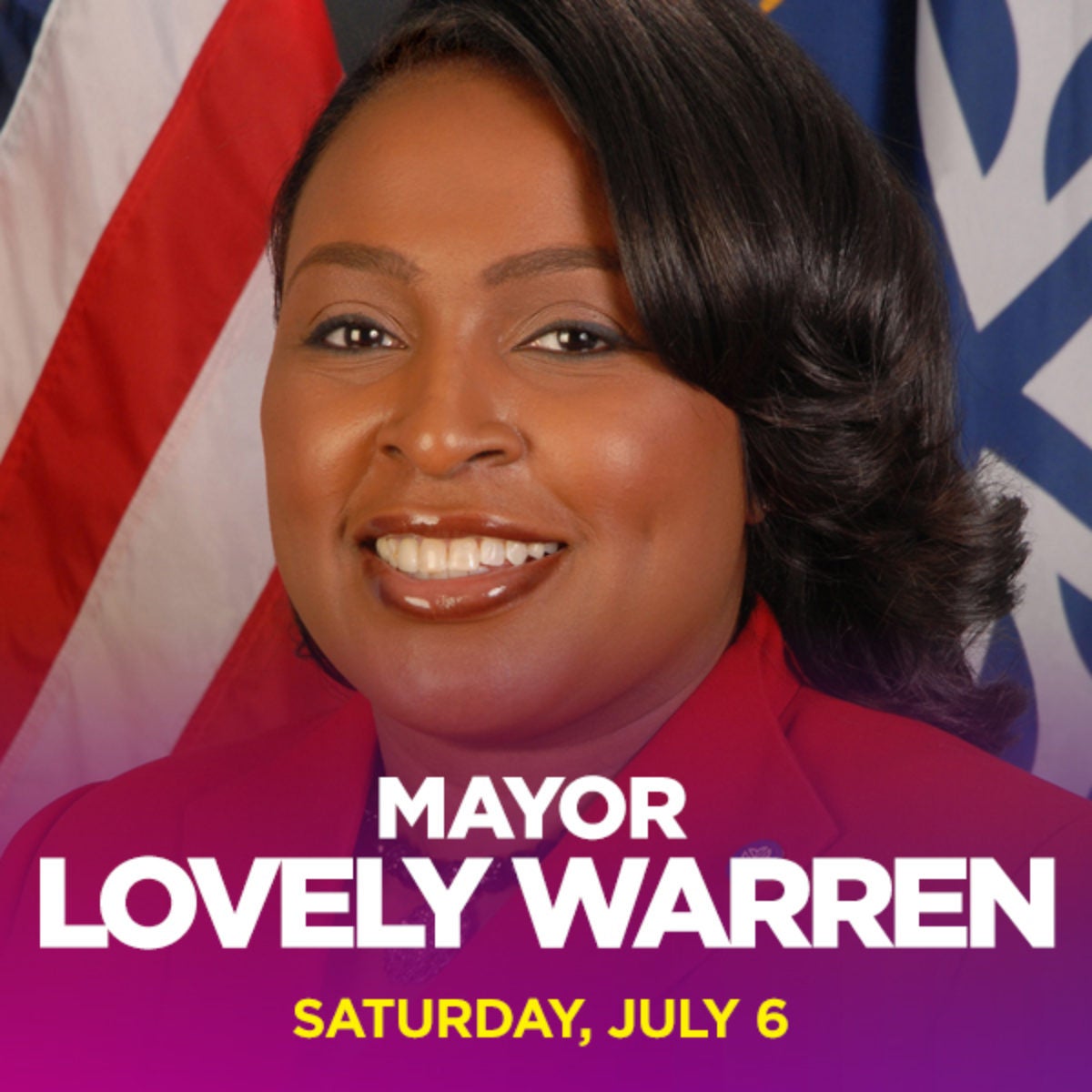 15
NEW ORLEANS MAYOR LATOYA CANTRELL
LaToya Cantrell serves as the 62nd Mayor of New Orleans. She is the first woman to lead the city. Committed to community service, Mayor Cantrell served as a City Councilmember for District B from 2012 to 2018. She previously served as President of the Broadmoor Improvement Association, and was credited for serving a key role in helping the community rebuild after the levee failures that followed Hurricane Katrina. In every role, she advocates for New Orleanians. 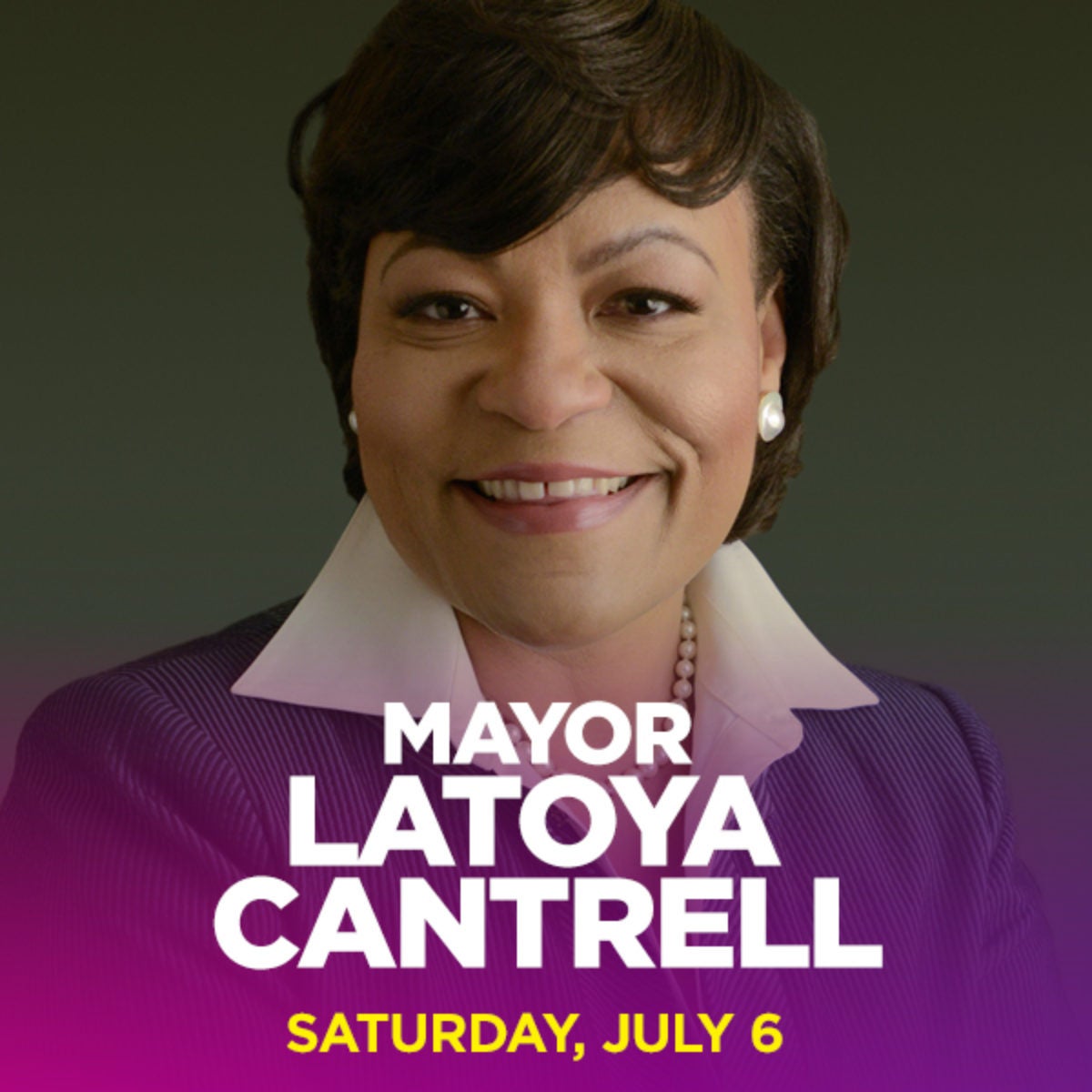 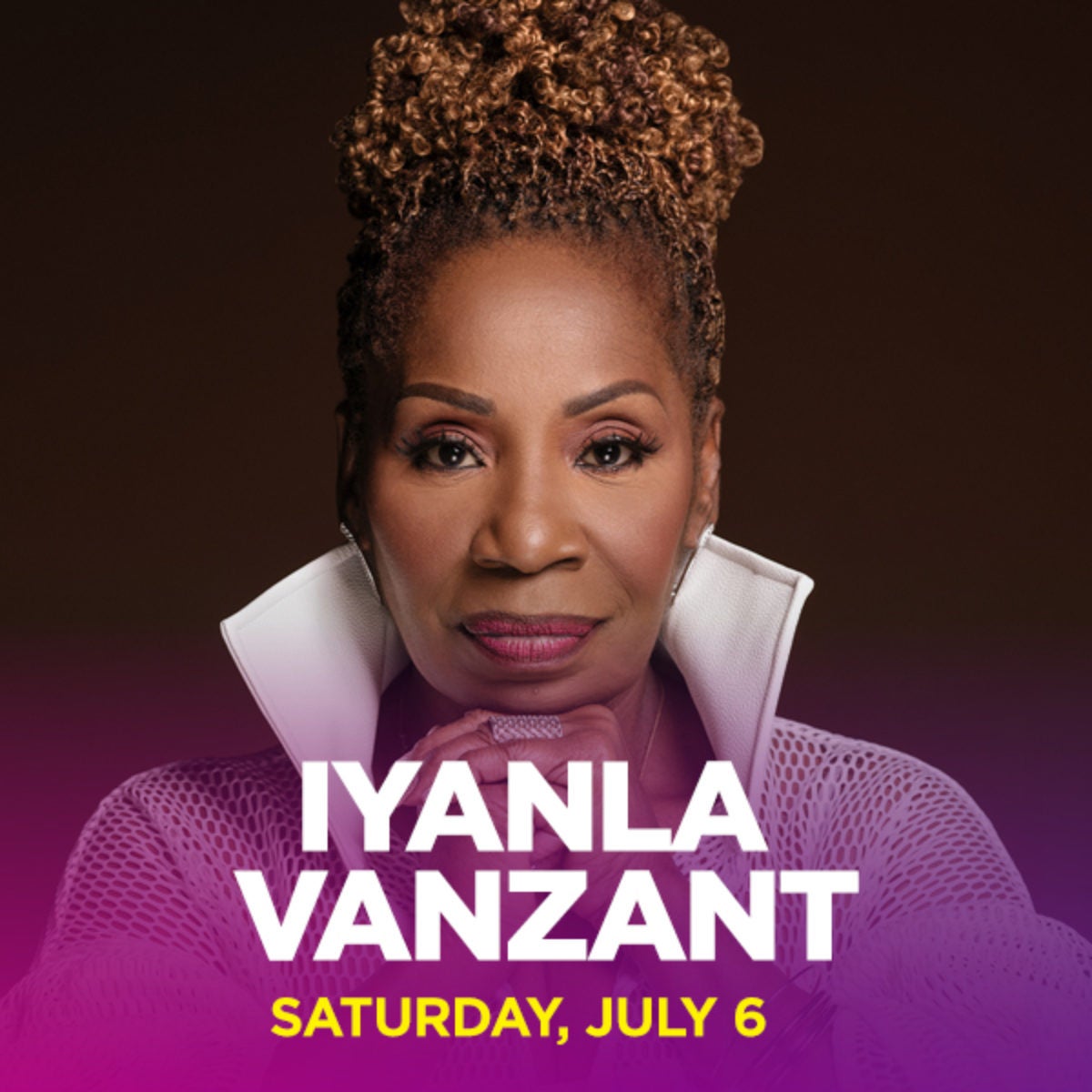 J. Cole's Dreamville Drops Deluxe 'Revenge Of The Dreamers I...

Erykah Badu's Online Store Is Coming — Here's What We Know