By Iquo B. Essien · Updated October 26, 2020
It’s10:00 pm at the Playstation Theatre in New York City, where Nigerian Afropop singer Yemi Alade makes her NYC debut. It’s the last stop on her 11-city U.S. tour, from Los Angeles to DMV, with the Ova Sabi band. Ever since Alade’s hit single, “Johnny,” became the most watched music video by an African woman on YouTube–it’s at 75 million views and counting–global audiences have been clamoring to see her. Last year, she won Best Female Artist at the MTV African Music Awards, and most recent album, Mama Africa, hit No.1 on the continent’s iTunes chart. As a few stragglers wander into the venue, tourists rush past towards Times Square. To perform here, in the heart of the Big Apple, means Yemi has made it. Onstage, a DJ spins Afropop beneath a flashy disco ball. It’s been an hour since the opening act. A few diehard fans gyrate on the dance floor, as a trickle of angry guests start heading home. “This is why I become ashamed as a Nigerian. I’ve been here four hours and she’s still not here,” an older man complains.  The consensus: Yemi’s on African people time—hours late—despite insisting to her 2.5 million Instagram followers that tardiness would not be allowed. As irate as everyone is, it would take a miracle to please them.  At 11PM, a flurry of stagehands set up mics as the band members take the stage. There are drums, two keyboards, a backup vocalist, and dancers in military gear. The room explodes with neon lights as the rhythmic baseline of Tumbum fills the air. Yemi strides onstage in a camouflage green mini-dress. “I know you like Nkechi jollof / I know you like my beans / I know that she give you fufu / You put am for my soup / Baby what you gonna do?” she croons, in her velvety smooth voice. Her vibe, music, and groove are infectious as she joins her dancers in hip-shaking choreography. Pipes? She’s got them. Moves? She’s got them. And when the song ends, she’s got the crowd eating out of the palm of her hand. “New York, I see you!” Yemi shouts. “I told you no African time, but unfortunately African time happened and there’s nothing we could do about it,” she apologizes, breaking into Nigerian pidgin. “We get thunderstorm for DC and they cancel flight. We enter bus, travel all the way down here. I no go miss this one, o!” People cheer, thoroughly smitten. Alade has been called the Queen of Afrobeats, a music style that mixes Ghanaian highlife, Ivorian coupé-décalé, and Pop music (not to be confused with Afrobeat, a mix of highlife, fuji music, and American jazz popularized by Fela Kuti). A superstar at home, she’s crisscrossed the globe on her world tour, starting with a sold-out performance at Le Trianon in France. Tonight, Yemi delights New Yorkers with renditions of “Na Gode,” “Charliee,” “Marry Me,” and a mellowed out version of “Johnny,” complete with a lap dance for a lucky audience member. 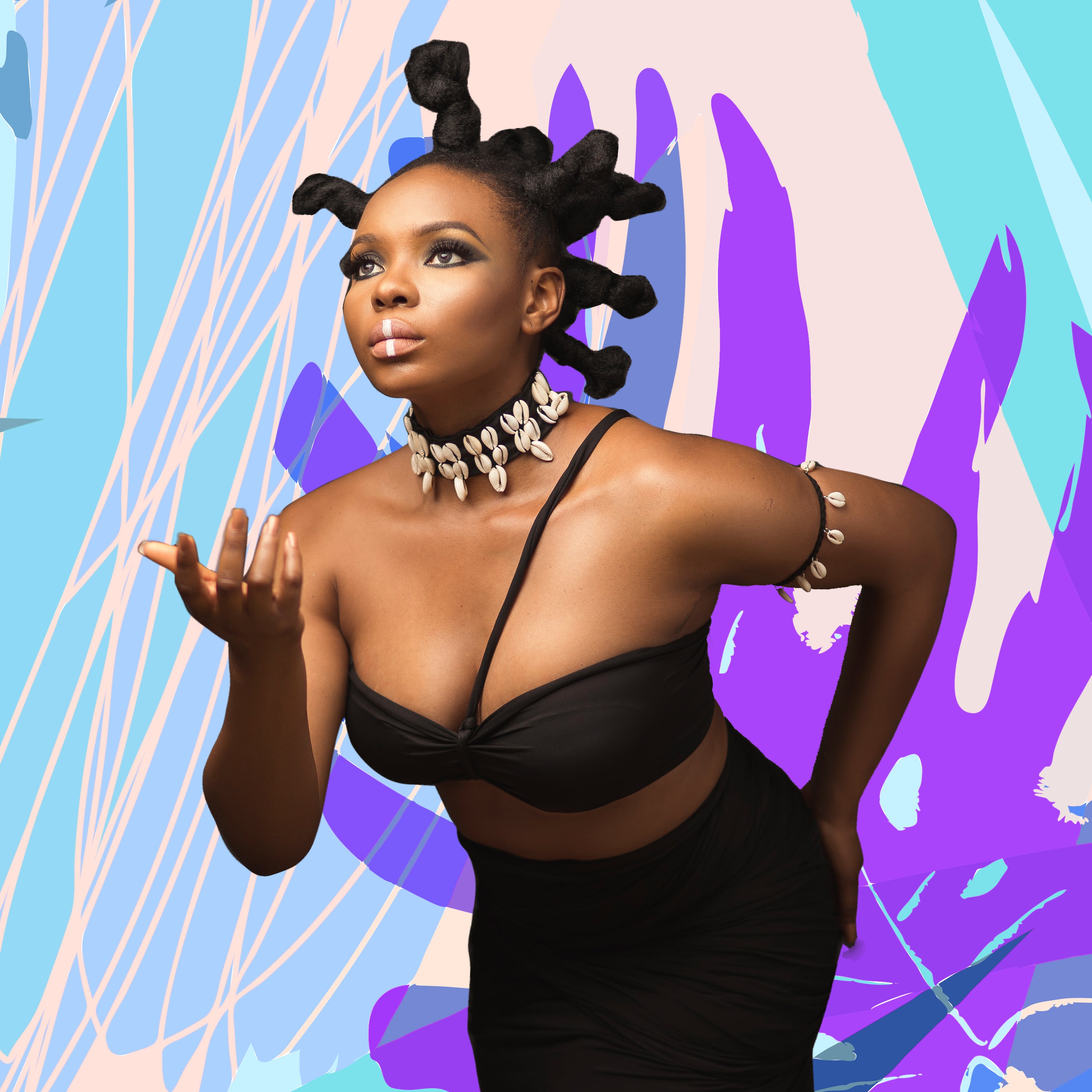 It’s easy to see why people love her so much: she has a great voice, iconic style, and performs with a grace beyond her 28 years. Among her peers, few rival the girl-next-door charm and down to earth demeanor she’s maitained on her rise to superstardom. Following her show, Yemi sat down with ESSENCE an exclusive chat about her world tour, her journey in the industry, and what inspires her.   — In your own words, who is Yemi Alade? Yemi Alade is a young girl just trying to make it in this world of chaos and shine a little light in the darkness, however I can. I am pretty much the girl next door! [Laughs.] Who are your musical influences? “I have elder brothers and younger brothers, and of course my mom and dad, so I had the opportunity to listen to different kinds of music. When I was a kid, I listened to Usher, Monica, Brandy, Mariah Carey, and R. Kelly while my mates were listening to B2K and all that. My dad is a huge King Sunny Ade fan—juju music—and my mom is a high-life lover. So, I had all this music surrounding me. Who do you listen to now, apart from yourself? If I’m in a turn up mood, I listen to Beyonce and Rihanna. If I just want to chill, I listen to Simi, a Nigerian female artist. 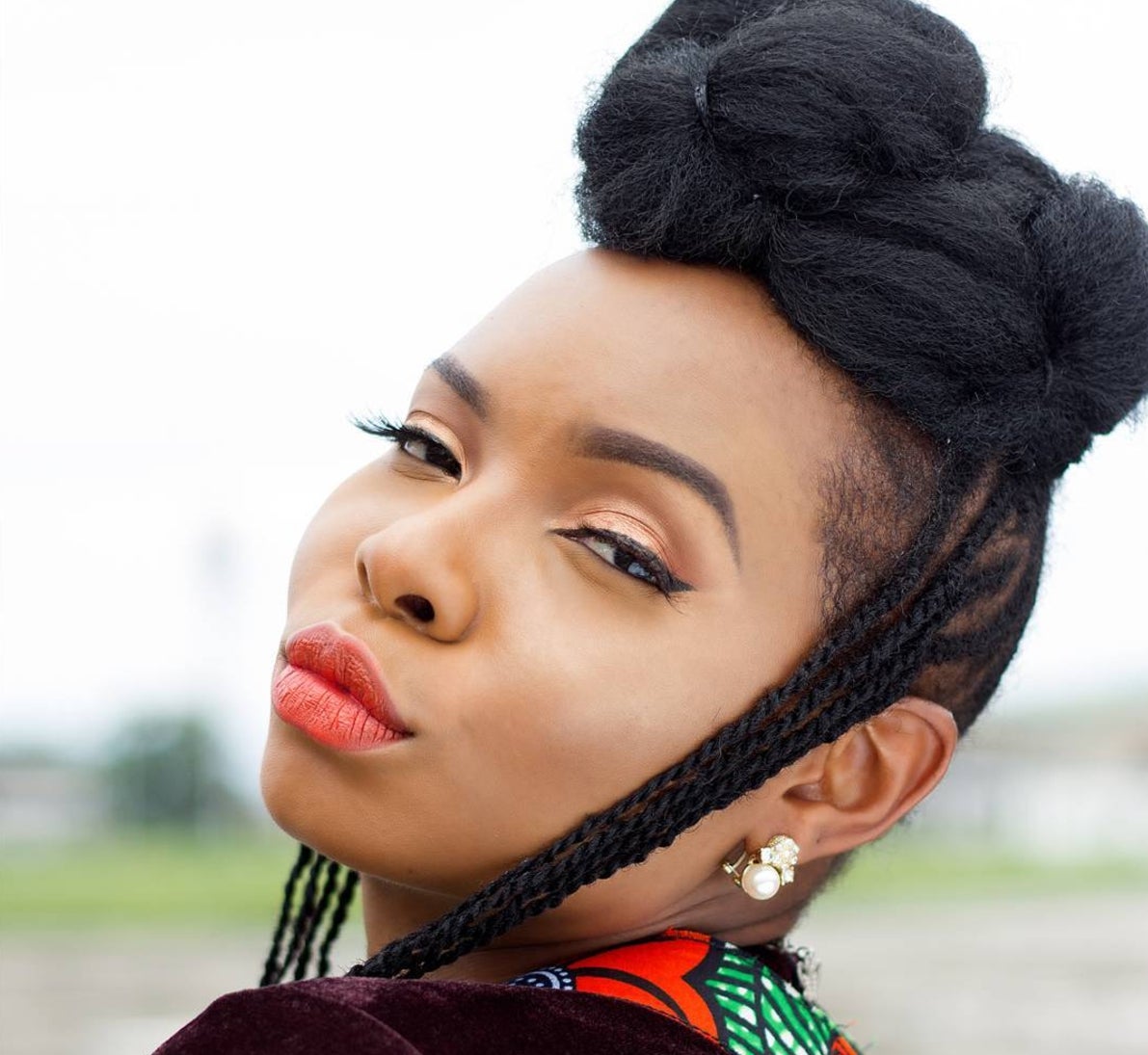 You received a degree in geography from the University of Lagos. Deep down, did you secretly want to be a musician? It’s not something that ever crossed my mind! But if someone started beating the table at school and making sounds, I would start dancing. When I joined a girl group [Noty Spices] after secondary school, I was just having fun. A record label actually signed us in Nigeria, but still it didn’t dawn on me that I was going to make a living with music. In university, a friend of mine pushed me to participate in a competition [called Peak Talent Show], and I won. At that point in time, it was like music just summoned me and said, “it’s time.” Those earlier songs sound more like straight R&B, but the stuff you make now incorporates more traditional rhythms and high-life music. How did your sound evolve? Back then, all of our songs were from experiences that we shared together, like boyfriends, love, and heartbreaks. Then my younger brother was like, Yemi why is it that every time you want to record the music, you become so serious? Everyone likes you because you’re playful and likeable. Why can’t people listen to your music and see a direct reflection of who you are? He made so much sense! [Laughs.] I live and breathe R&B. It’s where my soul is. I didn’t see the African-ness taking over me the way it has, but I would not replace it for any other thing. There is rhythm in the drums, there is rhythm in the base. There is rhythm in everything and I think that’s what music should be. I am so happy to go on this musical journey. I don’t know where it’s going to lead to, but I am enjoying every bit of it. What do you think helped you get through that period in between winning the competition and “Johnny?”I thank my mom and my dad for instilling the attitude and necessity of prayer. They definitely guided me in the right direction and I am thankful for that. The one person you can go to, even when you fail, is God. So, I think prayer and an attitude of gratitude keep me down to earth. 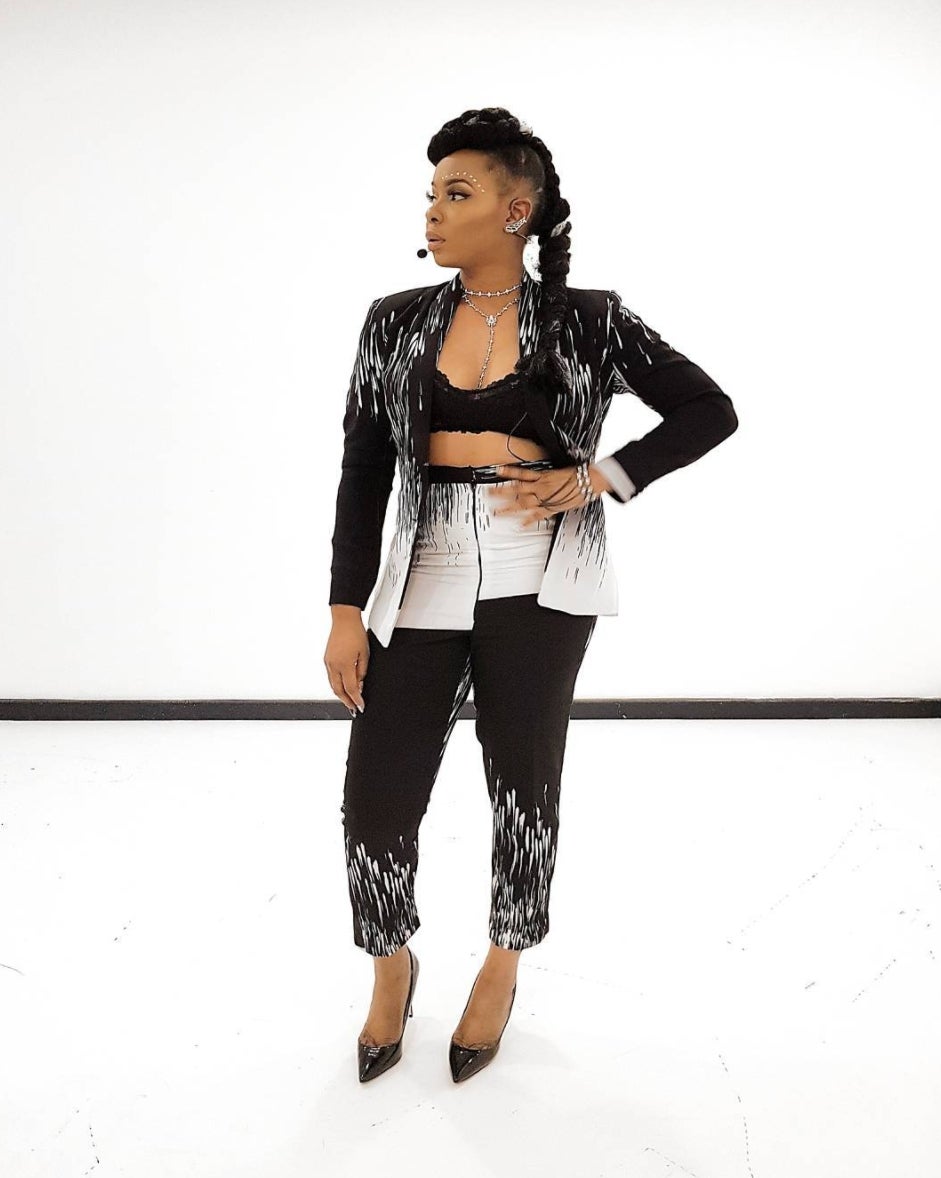 What are your thoughts on being a performing artist with so many fans? The most important thing for me is to be unforgettable and to leave a lasting impression. I have 2.5 million fans on Instagram alone. I might only meet 10% of my fans on tour, so I pour my soul out on stage. And even before the performance, there are days and hours of rehearsal. For my show, we brought a piece of home with us by having a masquerade dance on stage, just so people have something to talk about beyond the music. For the rest of their lives, they’ll remember that and feel a connection. You collaborated with a bunch of artists on the theme song for Port Harcourt, Rivers State, Nigeria, when it was named the World Book Capital for UNESCO. What other social causes interest you? Low key, there are so many things I have been involved in! One of the projects I was part of was [Shell Global’s] Turning Gravity Into Light initiative. Shell handpicked a few of us to be ambassadors for the community–I represented Africa, Jennifer Hudson for America,Pixie Lott for UK, Luan Santana from Brazil, Tan Weiwei representing China. Our sole responsibility was to reach out to people to promote sustainable, renewable energy. On the side, myself and my team at [our music label] Effyzzie, we find ways to reach out to people who are less privileged, who need education support, health support. There are so many problems in the world, but we try to help the little that we can. And I’m grateful that I have been able to inspire young boys and girls all over the world to be anything they want to be. If you were to stand at the end of your career and look back over everything, what would you want to see? New York marks the end of my world tour and the beginning of something great for myself and everyone on my team. It’s a huge honor and privilege to be able to do this in my lifetime, and I’m just enjoying the journey. —