James Comey’s public testimonial on Thursday revealed more than any one expected about the Trump administration and their overtly problematic relationship with Russia.

The former FBI Director was questioned by Senators, on camera, to break down his time working with Trump, what he discovered from their interaction and why he believes he was fired.

And the overall takeaway from the questioning is that lies and deceit were at the center of an administration that’s shown a rouge spirit of government since walking into the White House.

Here, we break it down those moments that we can’t forget.

Comey Thought Trump Would Lie About Their Interactions

Comey revealed that he started keeping secret notes on his conversations with President Donald Trump because his gut told him something wasn’t right. “I was honestly concerned he might lie about the nature of our meeting so I thought it important to document,” he said. “That combination of things I had never experienced before, but had led me to believe I got to write it down and write it down in a very detailed way.” 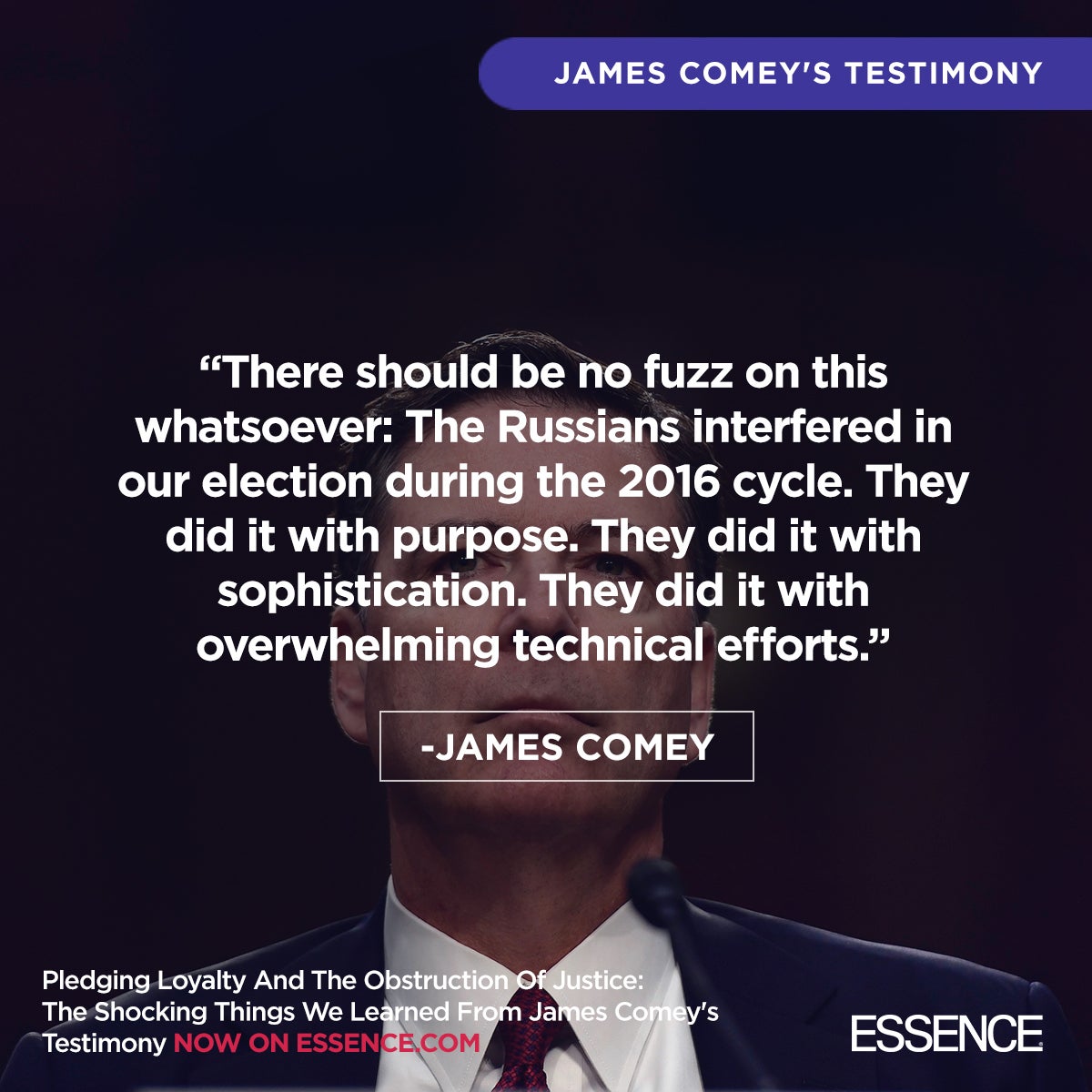 The sudden exit of General Flynn for lying about his conversation with Russian officials, pointed to a bigger problem. “The controversy around general Flynn at that point in time was centered on whether he lied to the vice president about his nature of conversations with the Russians, whether he had been candid with others in the course of that,” Comey testified. “So that happens on the day before. On the 1st, the president makes reference to that. I understood what he wanted me to do was drop any investigation connected to Flynn’s account of his conversations with the Russians.”

The Confusion About Comey’s Termination

How strange is it for a boss to complement an employee, before firing them for underperforming. Comey said that Trump was very vocal about being pleased with his work, which is why the firing was left field. “I was about to get on a helicopter one time,” he said about one of a couple incidents of praise. “The head of the DEA was in the helicopter waiting for me. He called in to check in and tell me I was doing an awesome job.” 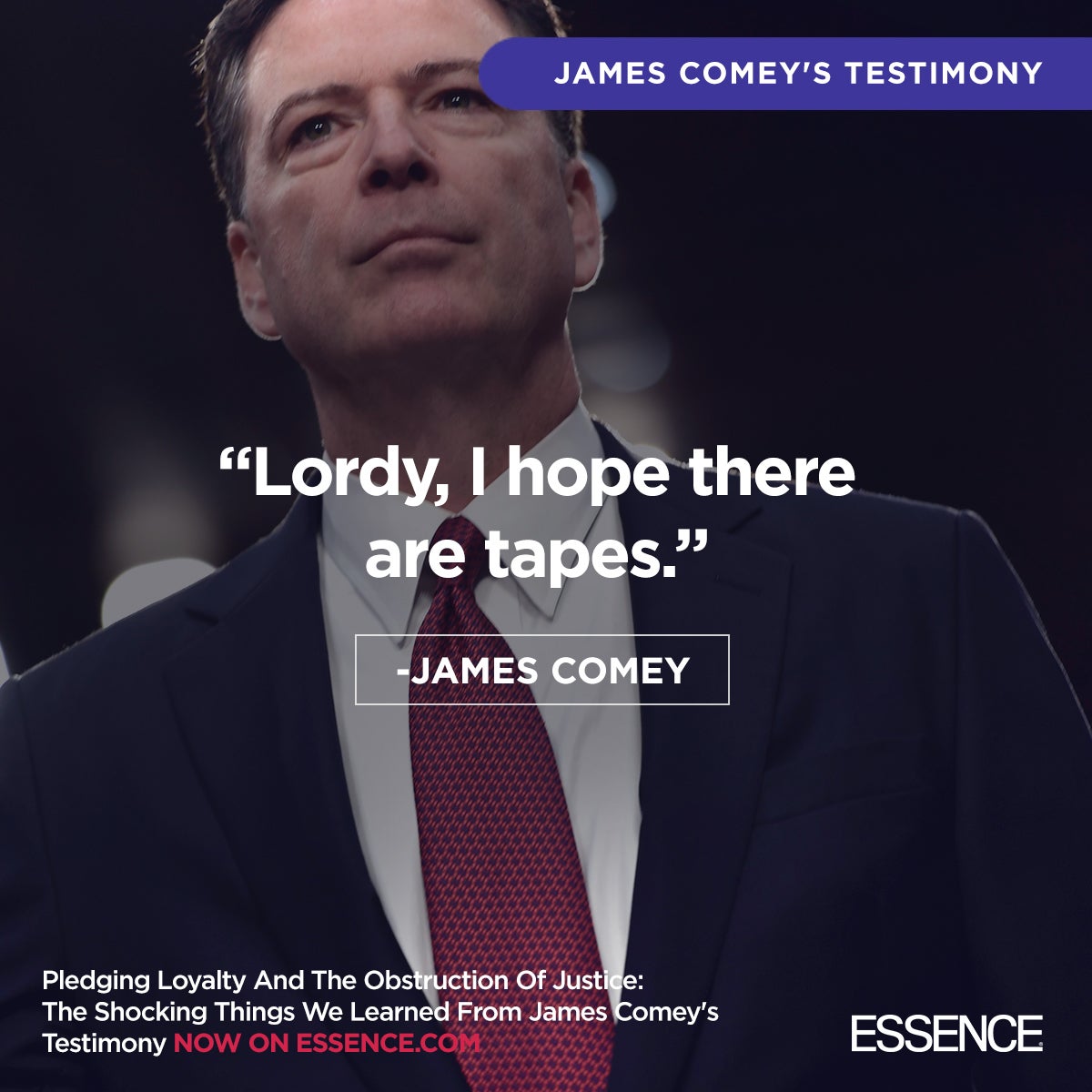 Comey summarizes from everything that happened that Trump had ulterior motives in firing him. In addition to being defamed, Comey was upset by how the FBI was depicted by the 45th president. “Although the law required no reason at all to fire an FBI director, the administration then chose to defame me and more importantly the FBI by saying that the organization was in disarray, that it was poorly led, that the workforce had lost confidence in its leader. Those were lies, plain and simple. And I am so sorry that the FBI workforce had to hear them, and I’m so sorry that the American people were told them.”

And…The Lies About The FBI and Comey 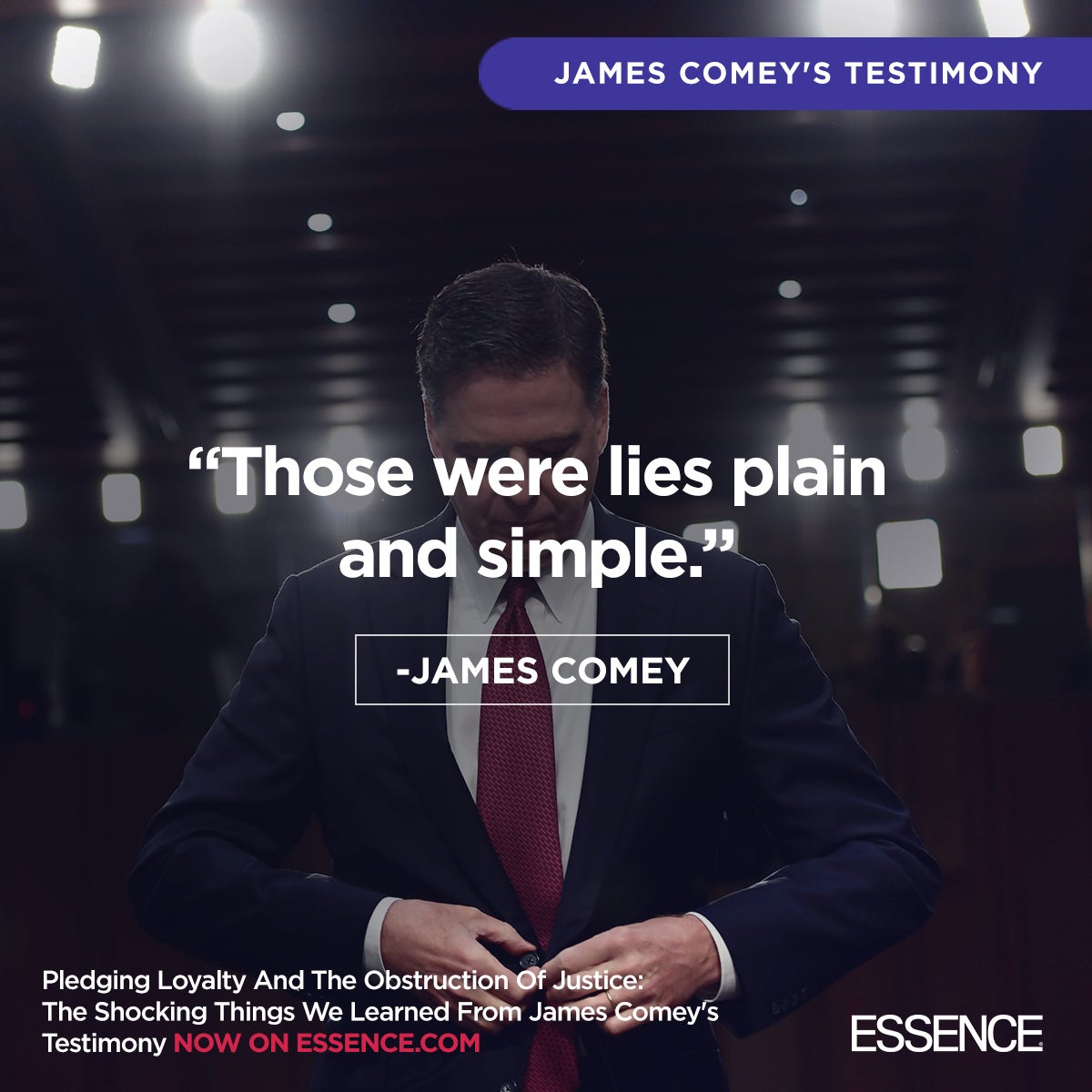 Tristan “ Mack” Wilds Jumped ‘In The Comments’ With ...

In My Feed: Chanel Iman And Davon Godchaux Have Been On Baec...