By Tamara E. Holmes · Updated October 27, 2020
Black women owned 1.3 million businesses that generated $52.6 billion in revenue in 2015, according to an American Express report. Yet our ventures make less money and hire fewer employees than those of women of other races. So this summer ESSENCE launched Leap. Run. Grow., an initiative designed to help women at different stages of business improve their chances of being successful. Here, small-biz expert Kathey Porter coaches three entrepreneurs on how to strike gold. 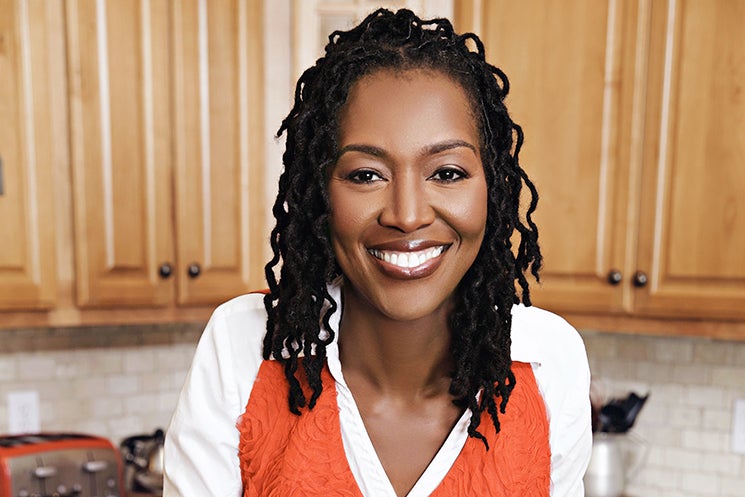 Tracey West, 45 Tracey West Irresistible Pound Cakes, Atlanta When Tracey West was growing up, her Aunt Ola’s pound cake was the centerpiece of every family function. So after her aunt died, West sought to keep her memory alive by sharing the treasured dessert through an Internet-based business. “I became an entrepreneur to continue her legacy,” West says. Launched in February 2012, Tracey West Irresistible Pound Cakes sells five variations, including butter rum and red velvet. West used her own funds from her job as a project manager to convert her basement into a commercial kitchen. In the past year, West has received certifications from the National Minority Supplier Development Council (NMSDC) and the Women’s Business Enterprise National Council (WBENC), which help her to find contracts set aside for minorities and women. However, her growth has hit a snag. Though five stores want to carry her pound cakes, she hasn’t been able to capitalize on these opportunities due to time constraints and the limitations of her kitchen. She has reached out to co-packers, companies that manufacture and package food products for businesses, but most will only work with enterprises that produce bigger orders than West currently does. “I’m in a situation where the requests for my products are at a volume that’s too much for me to handle on my own, yet too small for a co-packer to assist.” Challenge: Taking the venture full-time while increasing production. PORTER’S PRESCRIPTION FOR SUCCESS: Focus on the funds. Over the next 12 to 18 months, West should aim to save enough to handle day-to-day living and business expenses, Porter recommends. “Entrepreneurs should also have an emergency fund to cover unexpected business costs,” says Porter. “Tracey should have an additional three to six months [of savings] to cover contingencies.” Use networks to her advantage. West has had difficulty finding a co-packer that will work with her, but she needs to secure a contract manufacturer that can replicate her recipe and sufficiently fill large orders, giving her the freedom to concentrate on other aspects of building the company. Her involvement in the NMSDC and WBENC can be beneficial, Porter says. Those organizations have developed relationships with co-packers and other businesses that are willing to collaborate with their members, so West should ask them for assistance in making a connection. Clarify her brand. While she has received interest from consumers, retailers and corporate clients, those are all distinct markets, Porter points out. West doesn’t necessarily have to choose one over another, but she might want to keep them differentiated by developing specific packaging for each market, for example. Being clear about her core client will help her to better articulate her strategy for bringing in business. 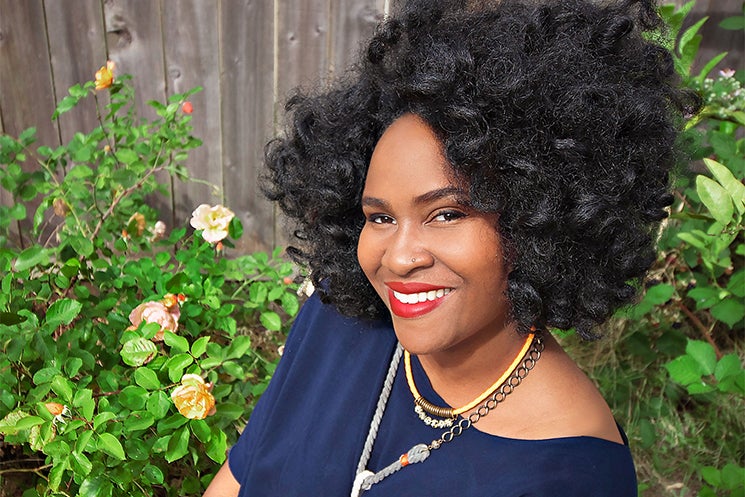 Candice Cox, 35 Candid Art, Oakland Burnout from being a sales executive for nearly a decade led Candice Cox to seek out an artistic hobby. “I’m a creative person at heart and I felt like I was being stifled,” she says of her stint in corporate America. After watching jewelry-making videos on YouTube, she poured her energy into her own handcrafted creations. In 2011 she was inspired to establish CanDid Art to showcase and market her work. Cox started off small, selling her pieces on Etsy. Eventually, a couple of boutique owners heard about her jewelry and approached her about carrying some of her pieces in their stores. It was at that point, “I realized this is a business and I need to treat it as such,” she says. So she dusted off the sales skills she had learned in her job, and started making cold calls and visiting retailers to tell them why they should carry her work. Her efforts paid off, as her jewelry can now be found in more than 30 outlets, and is featured in the gift shop at The Museum of Contemporary African Diasporan Arts in Brooklyn and at the Smithsonian’s National Museum of African American History and Culture in D.C. Her line has also been sold at festivals across the U.S., including Essence Fest. But now she’s reached an impasse. While she currently works full-time on her business and has four part-time employees, most of her days are spent designing, leaving her unavailable for activities such as attending trade shows and fairs. She also must solicit new business and respond to product requests all while creating her jewelry. In addition, she believes her business could benefit from a customer loyalty program. Challenge: Keeping up with growth without sacrificing personal detail. PORTER’S PRESCRIPTION FOR SUCCESS: Find low-cost staffing. Because Cox’s jewelry is handmade, she should strive to build a creative team. A good resource would be to contract students from art colleges, Porter suggests. “They have the specialization in jewelry making that she requires and should be more open to learning her desired methods,” she says. Cox should also consider internships so the students can get college credit while providing the capacity she needs at a lower cost. Over the long term, she may want to think about hiring a full-time operations manager to oversee business relationships. Outsource sales to a broker. Cox could utilize the service of an independent broker or consultant who specializes in jewelry to assist with developing and implementing a sales strategy. A broker could secure meetings with potential accounts and stores. Depending on the terms of their contract, most brokers will only be compensated once a deal is signed, so Cox would only be paying for performance, Porter adds. Use automation. Porter suggests that Cox look into customer relationship management programs available on the market, such as Salesforce and Infusionsoft. They organize contacts, schedule e-mail correspondence and follow-ups, and track sales. “This is also a project that could be outsourced and managed by one of her part-time employees,” adds Porter. 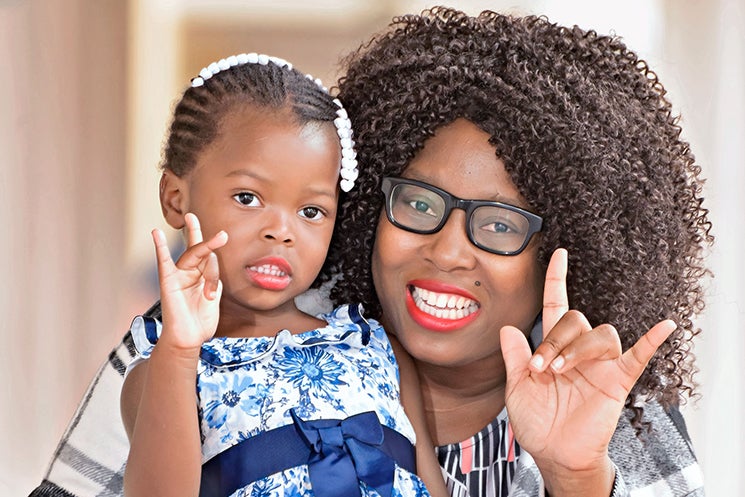 Mirta Desir, 32 Smart Coos, New Orleans Having immigrated to the U.S. from Haiti at the age of 6, Mirta Desir struggled to learn a new language. So when she became pregnant with her daughter, Naya, she knew she wanted her child to be multilingual. She couldn’t find a convenient service to teach her toddler, so Desir created her own. In 2014 the former civil rights attorney founded Smart Coos, an education technology firm that provides live language classes and language assessments for children via the Internet. To come up with an initial $100,000 to get the business off the ground, Desir pitched the idea to investors at competitions for entrepreneurs and raised money from friends. Since Smart Coos started, it has experienced about 21 percent growth month over month, Desir says. The company also closed on a $100,000 deal last year, and a handful of licensing agreements and paid pilots with schools are in the pipeline. This year the business has been featured as one of American Airlines’ innovative companies and was accepted into the Unreasonable Institute’s Early Childhood Accelerator, a program designed to provide resources for entrepreneurs developing solutions to help low-income children. But major growth comes at a cost. With plans to service a couple thousand more students as early as next year, Smart Coos will need to change its platform significantly and hire more staff to handle the demand. While Desir has attracted small investors in the past, her challenge has been engaging with large-scale financiers willing to pour significant funds into the company. She hopes to raise $1 million from backers to move the company forward. Challenge: Raising major capital to scale and grow the company. PORTER’S PRESCRIPTION FOR SUCCESS: Focus on training. As the visionary and face of Smart Coos, Desir will need to develop her team to manage the daily aspects of the business so she can put her energy into securing funding from large investors. In order to do this effectively, she should provide her employees with professional development training, Porter says. She should also delegate someone to manage the routine operations and give her updates. Create an advisory board. Desir should actively solicit connected people in the industry to participate. Says Porter, “This is a group of strategically selected professionals who have a common interest in her and the success of her company, providing key advice, mentorship and strategy planning for the direction of the company as well as access to their networks.” Make diversity pay off. There are groups that actively seek technological ventures by women of color to fund, Porter points out. For example, NewMe is an accelerator program that helps raise venture capital for nontraditional business owners in Silicon Valley, while Minority Venture Partners has done the same thing for women and minorities in the New York City metropolitan area. Tamara E. Holmes is a writer in Washington, D.C.