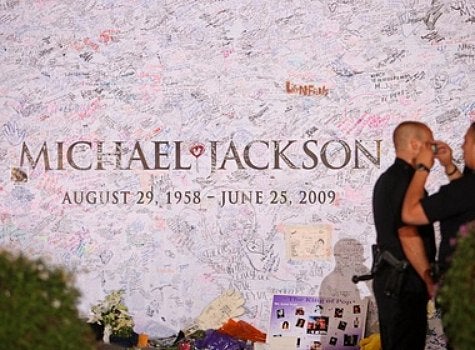 With the anniversary of the Michael Jackson’s death fast approaching, Anschutz Entertainment Group (AEG) and MJ’s estate agreed to donate $1.3 million to Los Angeles to help pay for last year’s memorial service for the King of Pop, according to LATimes.com. AEG hosted the Michael Jackson Memorial at its Staple Center and Nokia Theatre in downtown Los Angeles. The agreement ends a nearly yearlong dispute over the amount of money the city paid to offer police and other services for the memorial. The L.A. Lakers have also covered their expenses, approximately $1.5 million, for a giant parade set for Monday in celebration of the team’s NBA championship.
Loading the player...