Ciara is a busy woman!

On top of being a newlywed to Seattle Seahawks quarterback Russell Wilson, a doting mom to 2-year-old Future Zahir Wilburn and an all-around stunner, the star has just been named the face of Revlon.

Ciara took to her Instagram page to express how excited she is about the new partnership.

Major life accomplishment aside, the only thing that seems to be on the minds of her fans is a rumored pregnancy.

Ciara further fueled the rumors when she appeared on a LIVE With Kelly segment and later for a celebration of her newly appointed role at Revlon.

The first outfit in question was an all-black ensemble with super long flowing trousers and a ruffle top that some say strategically covered her stomach.

@KellyRipa and I learning how to #jujuonthatbeat this morning with the creators:) Zay and Zayion. #Classic

While celebrating her Revlon deal she donned a gorgeous cream silk suit, a black choker and a bralet. She looked stunning to say the least.

However, the relaxed, flowing fit of the suit has raised questions for eager fans who are convinced the singer is definitely trying to hide a budding baby bump. 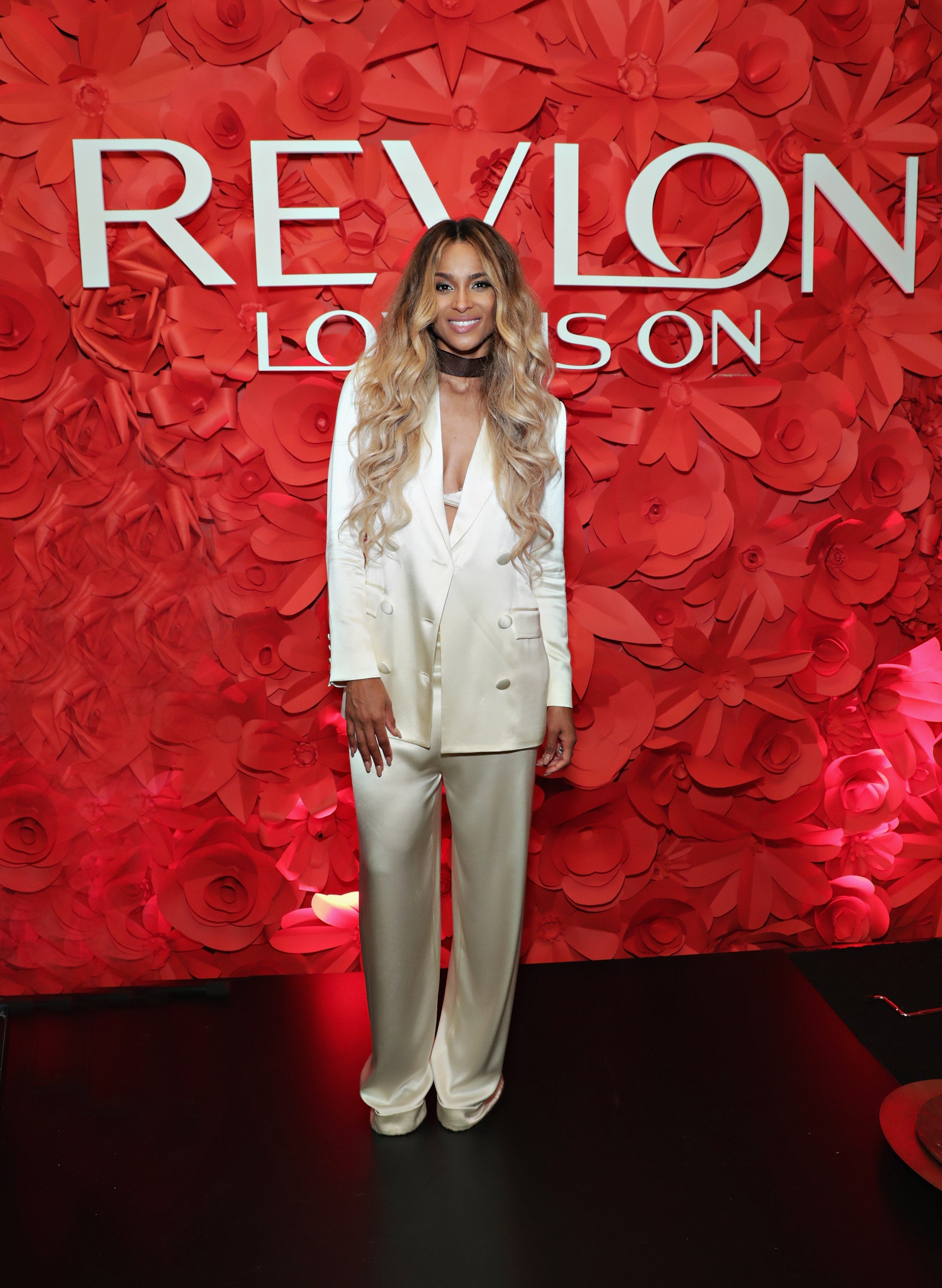 There’s no way to know for sure as Ciara hasn’t addressed the speculations but E! News reports that sources have confirmed the rumors saying, “Ciara is pregnant and is so excited to be a mom. Russell [Wilson] would like to have two to three children. They both would like a big family.”

Time will only tell if Ciara is expecting or not. All we can say for sure is that she slays!