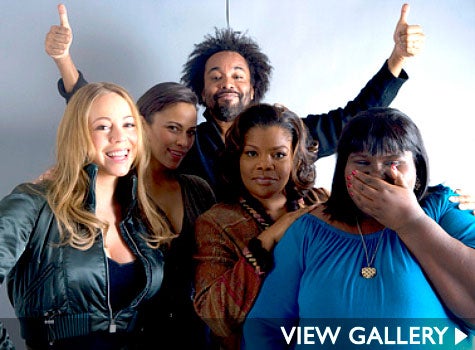 It’s that time of year again. The 41st Annual NAACP Image Awards ceremony will take place tonight with a singular theme: One Nation, One Dream. Nominees Anika Noni Rose and Hill Harper will share hosting duties. As we reported from last month’s nomination ceremony, “Precious: Based on the Novel ‘Push’ by Sapphire” is up for an impressive number of awards including Outstanding Motion Picture, Outstanding Actress (Gabourey Sidibe), Outstanding Supporting Actress (Mo’Nique, Paula Patton and Mariah Carey), Outstanding Directing (Lee Daniels) as well as Outstanding Supporting Actor (Lenny Kravitz). Writer, Geoffrey Fletcher, also received an Outstanding Writing nod for crafting the screenplay.  Along with ‘Precious,” we’ve rounded up a number of multiple nominees. Check it out. Be sure to tune into Fox on Friday at 8pm (EST) to see who earns top honors for their work in film, television, music and literature. Read more:
Loading the player...