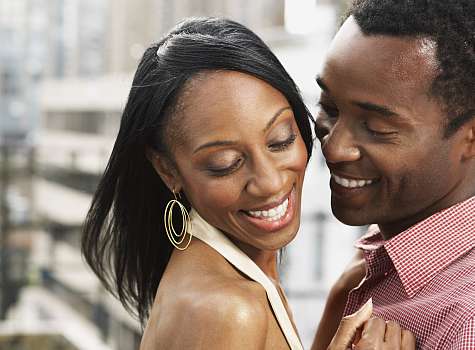 It’s almost that time again: the 2011 ESSENCE Music Festival takes place on Fourth of July weekend in New Orleans (got tix yet?). If you’ve never experienced EMF firsthand, well, you should know that it’s a great place for single ladies to find a quality man — check out this Bridal Bliss couple, Jennifer and Vince, who met at EMF in 2002.

We asked our Facebook friends if they had any luck meeting someone special at EMF.

Here’s what you said…
Joyce: “My cousin met her now husband at EMF ’08! The reception had a Mardis Gras theme.”

Lakisecel: “I met a great guy at ESSENCE ’08. We keep in touch on the regular!”

Shannon: “I met a wonderful man at the ESSENCE Music Festival in 2005! He was smart, nice, fine, had all his teeth and had a job! We dated for a while, but distance got in the way. However, we are still very good friends.”

Sonja: “No, But the ESSENCE Music Festival is an awesome experience as far as just working on yourself across the board, not to mention all the eye candy!”

Tiffany: “No! I met a guy that told me had just been released from prison after serving a seven-year sentence and that going to ESSENCE Music Festival ’07 was his re-introduction into civilization. That dude followed me around for over an hour. Thankfully, I was already married and still am.”

Cotena: “I met a wonderful man at EMF ’08. He lives in Baton Rouge. I live in Atlanta. He was a friend of a friend and took us to lunch, to buy our tickets, dropped us off at the concert and picked us up from the concert. My friend’s phone stopped working during the concert and she called him from mine. He kept my number and called me on Monday before we left. We agreed to keep in contact. We dated long distance for one year. He wasn’t ready to marry so we ended the relationship. New Orleans is my favorite city and I visit as often as possible. I will be there for EMF 2010. Maybe I will run into him again…”