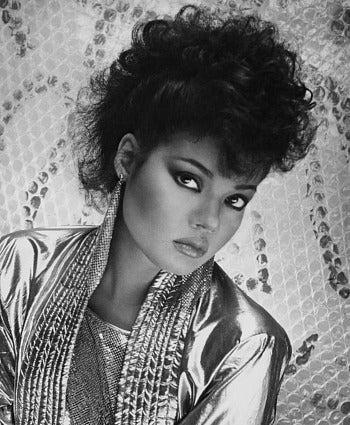 In the early ’80s, one of the biggest names in R&B was Angela Bofill. With addictive dance hits like “Too Tough” and soaring ballads like “This Time I’ll Be Sweeter,” the New Yorker with the multi-octave voice was on fire! She was also drop-dead gorgeous. Born in the Bronx to a Cuban father and a Puerto Rican mother, Bofill was one of the first Latinas to make a name for herself in “urban” music. And with her almond-shaped eyes, pouty mouth and glorious head of fluffy curls, she was also one of the hottest women on the scene. The funny thing is, her look would be just as fly today as it was in 1983 (except for maybe the gold lame jacket… maybe). Her look — smoky eyeshadow, uber-glossy lips and a teased, pinned-up ‘do — is all over red carpets and runways. Here’s to Angela Bofill, the stone cold fox who paved the way for Latina songstresses like Jennifer Lopez and Christina Milian to really shine!
Loading the player...