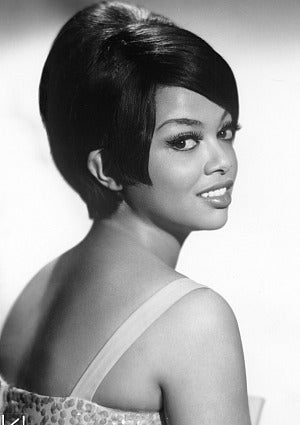 In the mid-60s, honey-voiced singer Tammi Terrell was one of music’s hottest superstars. Not only were her duets with Marvin Gaye instant classics, her glamour girl looks were copied by an entire generation of girls.

With her cafe au lait skin, wide-set eyes and cupid’s bow mouth, Terrell was the woman every girl wanted to be, and every guy wanted to be with!

As a teen, honey-voiced Thomasina Winifred Montgomery sang for a handful of major record labels before signing with Motown in 1965. There, Berry Gordy decided to pair her with a young Marvin Gaye (so sexy), and the duo’s chemistry was undeniable! Songs like “You’re All I Need to Get By” and “Ain’t Nothin’ Like the Real Thing” became international smashes. Sadly, after passing out onstage with Gaye during a 1967 performance, the Grammy-nominated singer was diagnosed with a brain tumor that led to her death three years later.

Tammi Terrell died way too soon, but her radiant beauty and undeniable talent will never be forgotten! Ain’t nothin’ like the real thing, indeed.
Loading the player...