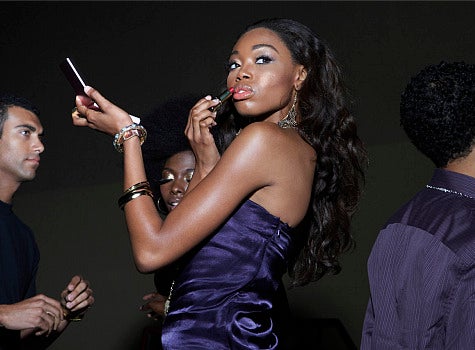 Since the very first cavewoman caught her reflection in a puddle and was like, “I really need to do something about my brows,” women have expended great amounts of energy on the pursuit of beauty. And if we’re talking about heterosexual women, one would assume that they’re primping to attract the opposite sex, right? So, we decided to conduct our own informal survey of 20 and 30-something men to find out, once and for all, what they really think of our beauty rituals. You’ll wonder why you make an effort at all! THE WEAVE SITUATION In this progressive day and age, when weaves are ubiquitous, we were surprised to learn that many men are still not down for fake hair. “I had an incident with a fake ponytail in the late ’90s, and I haven’t even approached a non-real-hair woman since,” says William, a consultant in Richmond. “Weaves make me feel like, if she’s faking on her hair, what else is she faking on?” Duane, a Washington DC attorney cosigns, saying, “A weave is a major turnoff for me. I’m big on how a woman’s hair smells and I’ve never met a weave that smelled good.” BRAZILIAN WAX The Brazilian bikini wax (ie, the one where almost everything goes) drew mixed reactions among our focus group. Trinidad-based photographer Wyatt said they were a must, while Kyle, a Brooklyn writer, said the bald-and-beautiful look was nice, but not necessary. Duane agreed, saying, “Brazilians are sexy on porn stars, but to be honest, I don’t want my woman to look like a porn star. ” Little do the men know that, aesthetically it may be pleasing for them, but many women go bare because A.) it makes them feel thinner, and B) friction-less sex is everything. FOUNDATION Foundation seems to be a no-no, as well. “It’s the biggest turn-off possible,” says Wyatt. “Invest in good skin care instead of caking this on! I don’t like my models to wear it in shoots, either.” Jim, a Miami area surgeon, finds it to be a distraction. “It’s scary when a woman’s face is one color and her neck is another. What’s that all about?” Meanwhile, William isn’t mad at the actual foundation, he just hates it when it gets all over his sink. “I’m a little OCD,” he admits. Detroit-based musician Tyrone told us, “Drake said it best: ‘Sweat pants, hair tied, chillin’ with no makeup on…that’s when you’re the prettiest, I hope that you don’t take it wrong.'” LIP GLOSS Whether it’s shimmery or sheer, or bold vs. pale, we are definitely addicted to applying lip gloss (in fact, in a recent ESSENCE poll, gloss was named the one makeup item that women can’t live without). Sadly, the men we polled didn’t share the same enthusiasm. “It makes me feel like a weird old lady at church just kissed me,” says William. “It needs to wear off before I get a kiss.”  And when it comes to the trendy new lip-plumping glosses infused with circulation-jolting cinnamon and pepper, men are truly baffled. “I mean, a little tingle is cool, but I don’t wanna feel like I just kissed a plate of hot sauce,” said Duane. Texas-based businessman Laurence says, “There’s tingly lip gloss? I think a woman should have fun with that. Like, tell some guy that her lips are literally electric, and then kiss him and be like, ‘Check mate!'” SUMMARY So generally, it looks like even though men want us to look nice, noticable makeup and fake hair can be a turn-off. Now, here’s the thing: Most of the women we know wear makeup, and a good amount have rocked weaves–and, as of yet, they’ve never had a problem attracting or keeping men. “We can say we want our women to be au naturale,” says Al, a California dentist, “but the truth is, we really have no idea what secret tricks you guys pull. If you’re fly, men don’t care about all this stuff.” To test the theory, we showed three men a red carpet shot of Meagan Good rocking neutral makeup. Every single one of the men oohed and ahhed over her “natural” beauty  “See? She’s not wearing a stitch of makeup, and she’s gorgeous,” says Kevin, a New York investment banker. The truth is, Good was wearing a face full of makeup…and a weave. What they don’t know won’t hurt them.
Read More:
Loading the player...