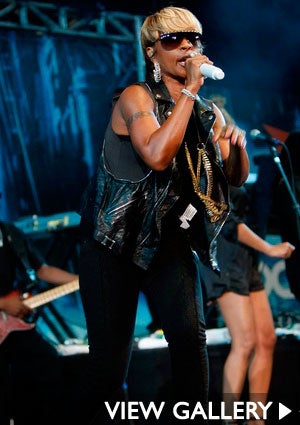 It seems that Mary J. Blige has a lot to celebrate this week…including her 39th birthday.

For starters, the nine-time Grammy-winning singer/actress/producer has announced her return to the main stage at Essence Music Festival this summer.  In addition to performing, Blige has taken on the role as the official spokesperson in the months leading up to the 16h annual weekend of entertainment and empowerment, which is set for July 2 to 4 in New Orleans.

2010 will mark her ninth year as a headlining performer.

Along with celebrating her birthday on Monday, January 11, Blige was honored by Sirius XM Radio, which launched “Mary J. Blige Week.”  The special programming series features a mixture of her music, performances and interviews and will run through Sunday, January 17.

Blige’s ninth studio album, “Stronger with Each Tear” was released last month, selling upwards of 300,000 units during its first week and landing in the top spot on the R&B chart. The album, which features her current hit, “I Am,” as well as, “I Can See in Color,” the lead single from the “Precious” soundtrack, was released on her label, Matriarch Records.